Paul Ryan Is So Hot, Let’s Be Real

The whole Internet wants to know just how many shirts can get washed on his abs. 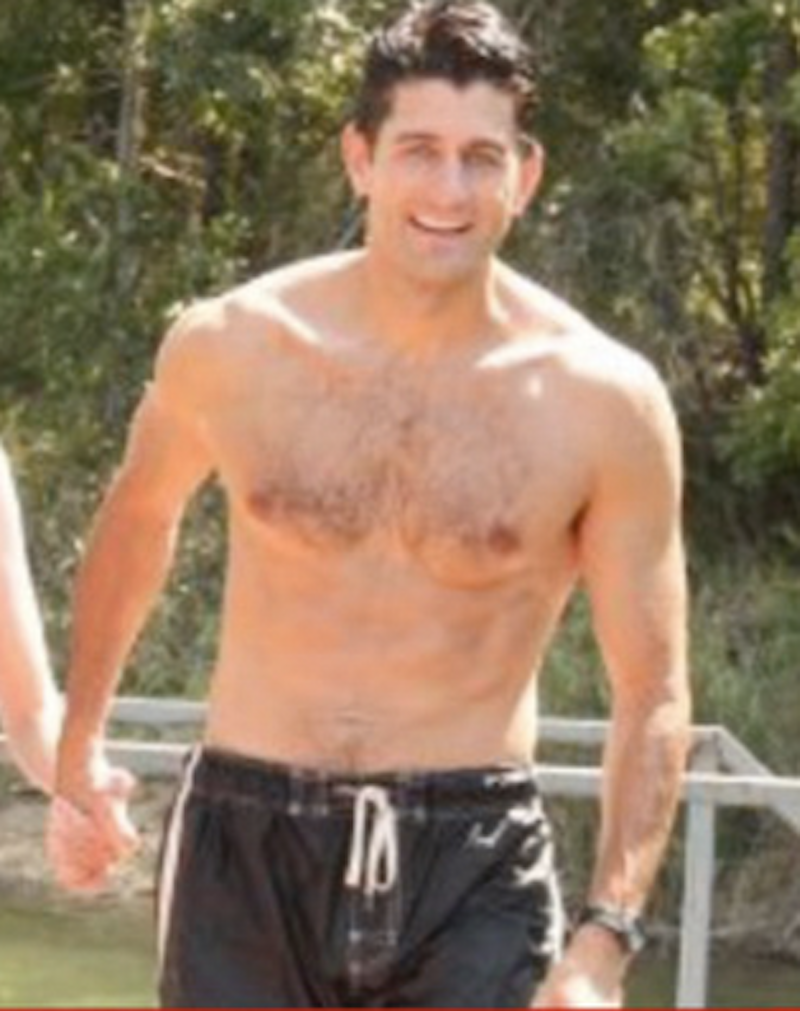 I just love looking at Paul Ryan. Yes, he’s kind of a boogeyman, I hate his perspective on almost every political issue, and in general he’s like a whiney kid who stomps his feet and pouts when mommy tells him it’s time for bed. But when I look at him, all of that stuff disappears. I see this hot guy—a hot boy next door—with nice blue eyes. I hear him talking about how he doesn’t believe in abortion or how gays should put inside an electrified fence, but I tune all that out and start wondering what’s his favorite position in bed. Does he like BJs? Doggy style? Conservative people are always the ones who do some freaky shit.

It’s clear to me that one of the reasons Team Willard, a.k.a. Lucifer, chose Ryan as his running mate is because he’s so hot. Sure he’s the pin-up boy for all those right wing, extremist positions. But I promise you somebody in the Romney campaign, maybe even a gay dude, was like, “Yo, Pick Ryan. He’s hot.” This is America—we do not want any ugly leaders.

Bill Clinton was good looking when he took office. President Obama is hot. Both Romney and Ryan are good-looking fellows. And last election season John McCain (so not hot) picked a sexy, schoolteacher pin-up in Sarah Palin, every straight-male’s naughty fantasy. She might not be so smart, that Palin, but she is kind of fabulous, which completely explains why she’s recently undergone a makeover and moved to Hollywood to finally become the hot mess train wreck reality star/former vice-presidential candidate celebrity that everybody wants her to be.

Looks may not be everything in politics, but they do matter, and politicians know it. We are a country where some of the highest rated television shows allow people to tune in and vote on people, not necessarily because of any particular talent they have, but because of how good they look. We like to judge. And if we don’t get to call in and vote ourselves, we’re saying who we would pick versus against who actually wins, and those decisions very often take looks into consideration.

America loves pageants, and the General Election is the biggest pageant in the country. So it’s hard to believe that a candidate’s attractiveness doesn’t play some kind of role in how they’re framed as a candidate and our thoughts about who to vote for. This is the primary reason the Internet has been obsessed with Paul Ryan’s abs ever since we learned he does that intensive P90X workout. He was already built before that workout, but after it, his secret abs must be ridiculous. “Paul Ryan abs” returns something like 1.5 million hits on Google, and it seems like the whole Internet wants to know just how many shirts can get washed on his stomach.

This week Time dropped a fairly douche-baggy photo essay of Ryan wearing a red backwards cap and he comes off as an annoying frat bro who maybe “hates fags.” He’s wearing these little gym shorts and some other workout gear, pumping some iron, natch, and this might be a desperate plea to get us talking about him, which I’m doing, so it worked. Anyone with a conscious and a third grade level education hates this man. But let’s be real: we knew there was going to be an “October Surprise.” Well, here it is!

I can’t wait until Romney/Ryan lose this election so that Ryan gets fed up with politics, pulls a Sarah Palin and, fueled by the promise of television stardom and book deals, moves to Hollywood and becomes a suitor on The Bachelor. Now wouldn’t that give ABC some ratings.