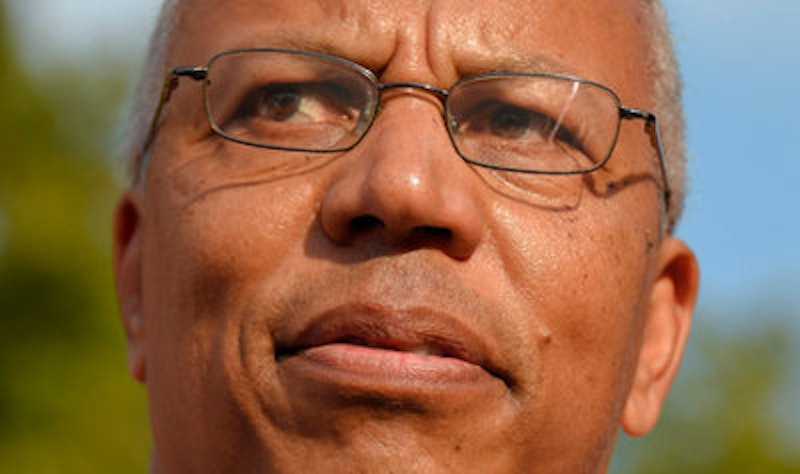 Everyone wishes Maryland Gov. Larry Hogan a speedy and full recovery. It’s Lt. Gov. Boyd Rutherford who needs our prayers and sympathy. Rutherford’s on a short leash attached to Hogan’s chief of staff in an unprecedented and legally murky arrangement.

Hogan, following the candid and detailed disclosure that he has an aggressive and advanced form of non-Hodgkin’s lymphoma, released a letter stating that he had turned over the duties of the governor to his understudy briefly while under sedation. What was highly unusual, if not unique, was the manner in which he did it. Hogan used a staff aide as a middleman.

Hogan delegated to Craig A. Williams, his chief of staff, the sole discretion to determine whether Hogan was unable for perform his duties. Hogan is following the Maryland Constitution’s prescription, if not to the letter, that “There shall be a Lieutenant Governor, who shall have only the duties delegated to him by the governor…” and that the lieutenant governor will serve as acting governor “when notified in writing by the Governor that the Governor will be temporarily unable to perform the duties of his office.” Roughly translated, Hogan wants his own appointed loyalist in charge.

Those fragments of constitutional law have been abrasive points of state governance since the voters authorized the amendment on referendum in 1970, reinstating the office that had been abolished around the time of the Civil War. The 1970 amendment was drafted very narrowly to avoid disputes and power struggles between the state’s two top elected officials as they were occurring elsewhere. In several other states at the time, the office of lieutenant governor was an open position that anyone of either major party could run for unaffiliated with the candidate for governor.

In several instances, political rivals, even of opposing parties, were elected to the two top jobs. Governors were reluctant to leave their states for fear of what chaos their second in-command would provoke during an absence. And there were times when a governor did leave and a lieutenant governor undermined his policies and politics while out of state. Hence, in Maryland the governor and lieutenant governor must run stapled together and the understudy has only those powers delegated in writing by the governor. The entire process sounds like a parody of the stealth letters of transit from Casablanca.

Until now, through eight lieutenant governors since the office was reconstituted 35 years ago, those with institutional knowledge can recall no instance when a staff member, no matter what the rank, was ever given the authority to confer the powers of the governor on another official. What’s more, the Hogan example involves an unelected political appointee with powers of delegation over an elected official. (n.b. I was press secretary and later chief of staff to Gov. Marvin Mandel from 1969-1978.)

Yet it is Rutherford who would automatically succeed Hogan if he were unable to serve. The Maryland Constitution states that “when a vacancy occurs in the office of Governor, the Lieutenant Governor shall succeed to that office for the remainder of the term.”

Rutherford, for all of his buttoned-down ease and bureaucratic finesse, is, in effect, a man on a Yo-Yo string. His duties are at the pleasure of the governor and now, by circumstance, at the whim of a hireling. Either Hogan has great confidence in Williams or he knew no better than to bend the law to accommodate a staff arrangement. Rutherford, unlike his predecessors, chose not to have a staff of his own but to rely on those political appointees who surround Hogan. More often than not, a lieutenant governor provides geographic balance and, lately, coloration on a ticket. Once elected, the relationship is often arms-length.

The primary example of a transfer of power because of illness occurred in 1977 when Gov. Marvin Mandel suffered a (still undefined) brain episode between trials on charges of political corruption. After a series of tests and preliminary (inadequate) diagnoses by his personal physician, Mandel was transferred to the Johns Hopkins Hospital in Baltimore. It was his attending physician, the world-renowned neurosurgeon George Udvahelyi, who advised Mandel of his condition that led to the temporary transfer of limited powers to Lt. Gov. Blair Lee III. The letter of transfer was decided and executed by the governor himself. The presiding judge appointed a team of specialists to verify Mandel’s illness as a reason (or excuse) to delay the second trial.

Lee had Mandel’s total confidence in matters of governance, especially on budget and education issues, but little to none in political affairs. Lee’s judgment in political matters was often out of sync with Mandel’s. During their service together, Mandel often found ways to avoid giving Lee a letter of gubernatorial authority when he was traveling out of state. And on occasion, Lee confronted Mandel, before Mandel could duck him when leaving Maryland, and asked directly for the letter deputizing him acting governor, contrary to Mandel’s inner feelings.

Lee became acting governor when Mandel resigned the office following his conviction. Mandel humiliated Lee when his conviction was overturned by reclaiming the governorship 24 hours before his successor, Harry R. Hughes, was to be sworn into office. But Mandel yielded the governorship back to Lee for 15 minutes during those waning hours so he could swear in his friend from Montgomery County, Rita Davidson, to an appellate judgeship.

Hughes and his lieutenant governor of convenience, the little-known Sam Bogley, established their disdain publicly very early over the issue of abortion. Bogley’s wife, Rita, openly campaigned against Hughes’ pro-choice policies and Bogely was eventually banned from the governor’s mansion and cut off from all access to the governor’s side of the State House’s second floor. For his reelection and second term, Hughes jettisoned Bogley in favor of Joseph J. Curran Jr., who happily co-existed with Hughes and his policies and went on to become attorney general.

William Donald Schaefer chose for his running-mate in 1986 a man that the Democratic political establishment considered born to the office, Senate President Melvin Steinberg. (Actually, the choice was made by political godfather Irv Kovens to blunt labor’s support of Atty. Gen. Stephen H. Sachs in his competing campaign for the governorship.)

But in their second term, Steinberg ran afoul of the crotchety Schaefer, which was not difficult to accomplish, by breaking with the administration over tax policy. Steinberg opposed the Maryland tax overhaul proposed in the so-called Linowes Report, which would have expanded the state’s sales tax to include an array of services. Schaefer froze out Steinberg for the remainder of the four-year term and Steinberg went on to lose his own campaign for governor.

The other lieutenant governors—Kathleen Kennedy Townsend, Michael Steele, Anthony Brown, and now Rutherford—appear to have settled into their second banana roles in benign comfort and with no major public disputes.

In the tight little world of the State House, power is the perception of having it. And Hogan, willfully or not, has created the impression in the capitol’s nooks and crannies that his chief of staff, a factotum who is supposed to facilitate day-to-day operations and referee internal disputes, has more clout than his hand-picked political partner and one of the state’s top elected officials. Hogan has diminished Rutherford in the power pyramid in the eyes of many beholders.

Being lieutenant governor is not immersion politics. The job is more about loyalty and survival than deep diving into Machiavellian territory. Hogan’s office has said that no letter of transfer will be issued as Hogan will not be sedated as he begins chemotherapy this week. Rutherford likely will be unbothered by the fuss but others, mainly reporters, will care. And the person who issues the imprimatur is the chief of staff who was elected by no one and accountable only to the man who is supposed to decide and physically sign the letter.