Grabbing "goodies" from citizens not charged with crimes. 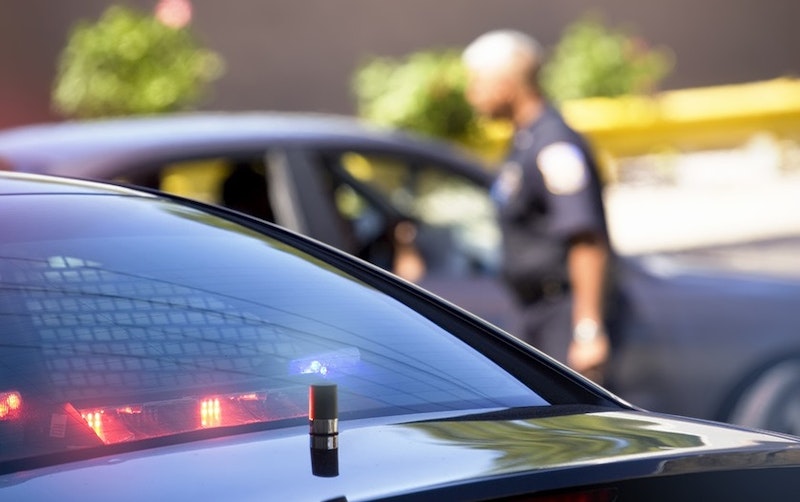 The Founding Fathers, having experienced the tyranny of living under a despot, decided the original Constitution did not provide adequate protection to the individual from inevitable government overreach, so they decided to amend it with the Bill of Rights. You don't have to pay much attention to see that the spirit of their efforts has not survived very well into 2015. Teenagers are jailed and held—sometimes in solitary confinement—for years without a trial, the DOJ is cracking down on harmless Internet comments, and property is confiscated from citizens who’ve not even been charged with a crime.

The government, at all levels, has found a way to violate the Constitution and profit at the same time, and it's addictive because they don't have to worry about the rights of the citizens they’re supposed to be working for. And it's hugely profitable: like a piñata you smash and hundreds come flying out.

How this government scam works is through manipulation of civil asset forfeiture laws, a pillar of the failed War on Drugs. While the original intention of such legislation was to deprive drug kingpins of their ill-gotten gains, it’s long been used to confiscate assets from average citizens whose property is "suspected" of being used for the commission of a crime.

The authorities have found many ways to use these laws to extort money and fund their own agencies. If they decide to go after you, they'll take your car, cash, house, and even your business. One way it works is that a police officer pulls you over and finds (probably after claiming to smell marijuana) what he deems to be an "inordinate" amount of cash in your possession, even though there are no actual laws limiting the amount of cash you can carry in your automobile. The officer then seizes your cash under the "suspicion" that you are a drug dealer. You drive away, not charged with a crime, but minus whatever cash the cop has confiscated. It's not much different from Butch Cassidy and the Sundance Kid did and stagecoaches, except that this is done by someone who has pledged to uphold the Constitution and it's perfectly legal. To get the money back, you have to hire a lawyer and show that your property was not being used as part of a criminal activity. The burden is on you, and you still haven't been charged with a crime.

Let's say the cop making the routine traffic stop feels you don't meet state standards for seizure of your assets. No problem at all. He has the option of using Federal laws in such a case (despite the Tenth Amendment, which was designed to prevent this) because these statutes are lax on individual protection and make it much easier to confiscate your assets. Then, under a Federal practice known as “equitable sharing," the loot is split between a federal agency—such as DEA—and the local agency, like the police force. The "equitable" part of this practice doesn’t involve you.

What this amounts to is that local authorities have a great incentive to grab as much property as possible. An attractive new revenue stream has been handed to local governments, courtesy of Washington, D.C. Free money sure beats upping taxes to raise revenue. Forget about the small change (relatively) the Ferguson, Missouri police department was reaping from exploiting the black community with traffic tickets. Many of the assets seized under "equitable sharing" incentives are well into the six figures. If you've got a badge, you have a real chance to be a serious "rainmaker" for your local police department. Not surprisingly, many state laws are tailored to take advantage of this potential bonanza, as opposed to the unprofitable alternative of seeking justice.

Local officials wanting a piece of the civil forfeiture cash cow now have another option at their disposal. If they have enough experience in this legal grift they can give seminars, which often have the rah-rah quality of a Tupperware rally. Alternatively, those wanting to learn all the new "best practices" for asset seizure can attend such a seminar. One tip: avoid jewelry because you'll only end up cashing it in for a fraction of what it's worth. Go after the "good cars," as Harry S. Connelly Jr., the city attorney of Las Cruces, N.M. explains in this video. Connelly is unabashedly gleeful in laying out the finer points of government extortion of private property, referring to attractive assets as "goodies."

How bad does the government "goodie" grabbing get? Last year, in Philadelphia, a couple had their house seized because their son was busted (not convicted) for selling $40 of heroin on their front porch. That's quite a penalty for someone not even accused of a crime. Apparently, Pennsylvania legislators are unaware of the Eighth Amendment, which forbids “excessive fines” that deprive individuals of their livelihoods. State records show that millions of dollars from seized assets went straight into salaries for the Philadelphia District Attorney's office and PD in just three years. Talk about incentives. It's no wonder that hundreds of homes and thousands of cars have been seized in Philadelphia in the past decade.

Former Attorney General Eric Holder tried to curb the unconstitutional excesses of civil asset forfeiture, but the system is still rife with abuse. Holder's move would at least leave some cause for optimism, except that current Attorney General Loretta Lynch called asset forfeiture “a wonderful tool” during her confirmation hearing. And it is a wonderful tool for a government unencumbered by a desire to provide its citizens justice. In that moment of candor before Congress, Lynch explained with one perfect, telling sentence how government feels about protecting individual rights. They'll do whatever they can get away with, in the name of security or a drug war that has accomplished nothing in decades, and unless The Constitution comes back in vogue, it's just going to get worse.