The Horses Are On the Track

Trump’s unprecedented and weird presidency might have an encore. 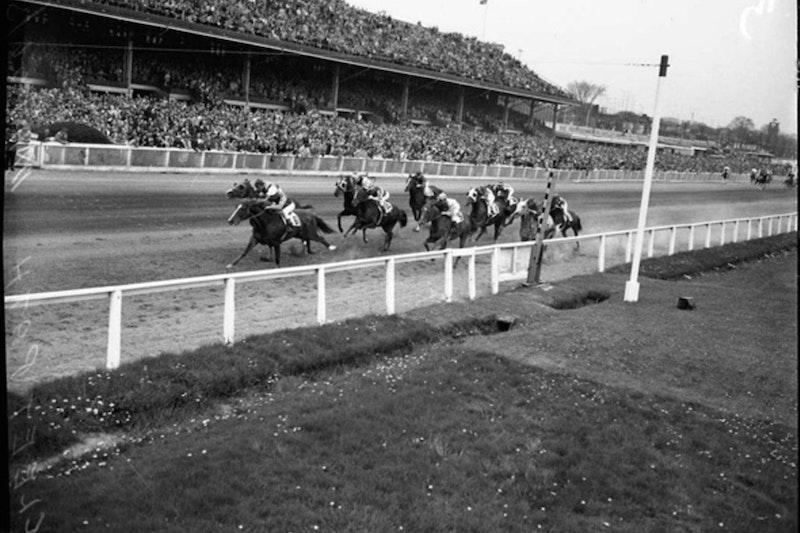 New Yorker editor David Remnick unwittingly described, as he flipped his wig, on CNN’s Reliable Sources hosted by Brian Stelter, why, against all odds, Donald Trump is at the least an even bet for reelection next November. As noted many times in this space, it’s not a year to make wagers on politics, and that’s because of the Trump Factor. Previously, I compared this unsettling reality to gambling in Las Vegas, but it’s gone beyond that: it’s like going to a race track in Santiago and just picking a horse willy-nilly because you can’t read Spanish.

Remnick told Stelter: “The stakes here are immense. It’s not just about the political future of one man, Donald Trump. It’s about the future of democracy and democratic process, and this is a trend throughout the world… Right now, you have a country that is split, and to the great frustration of people like you and people like me, we don’t somehow understand. We don’t understand why the evidence of things, why facts don’t penetrate so many of our brothers and sisters in the United States of America. And this is a source of great frustration in the press.”

Try to gargle that last sentence if you dare. Honestly, who cares if the media is frustrated that their nearly four-year-old insistence on Trump’s impeachment and conviction in the Senate isn’t resonating with enough of the electorate to apparently elicit more than yawns? Nearly every single day of Trump’s presidency, he’s been pilloried, often justifiably, by scolds like Remnick who exaggerate so grossly about America’s democracy getting flushed in an outhouse that even those centrists—who will decide the election—who are repelled by Trump’s appearance, demeanor and very dumb statements, are starting to feel sorry for the undoubtedly heavily-medicated lug. No one could’ve predicted that four years ago, but we’re at the track in Santiago and so confused that a presidential election is becoming tedious, especially with a record low level of unemployment. (Standard caveat: Trump’s history if the country enters a recession in 2020.)

I attended a jolly Christmas party last Saturday night, and though I doubt there were more than five Trump voters there, even the most virulent detractors of the incumbent (compared to the same group last year), weren’t optimistic that whomever the Democrats nominate can prevail. “Ah, fuck it,” said a friend of mine of some 40 years, “once Trump’s done maybe politics will become normal again.” I parried that the political rules of engagement that we grew up with are over, as relevant as a copy of Look magazine—and will only get worse as the media continues to downsize—and he just shrugged his shoulders and said, “Well, shit, at least we’re still healthy!”

I had a long conversation with another longtime buddy, whom I met at an afternoon party in Hampstead, MD in 1980 or so, when our conversation wasn’t dominated by harrowing anecdotes of spills on the ice, news of friends passing away, estate planning and rolling blackouts in California—where he has a house—but matters of more vitality, and perhaps I’ll leave that to your imagination.

Anyway, as a well-informed voter usually sympathetic to Democrats, he voiced a common theme: that the Democratic National Committee (and much of the media) is in a pickle for propping up Joe Biden as the only logical candidate to face Trump. He wished that Mike Bloomberg—whose policies he’s in basic alignment with, save the lectures on soda and calories—had one smidgen of even accidental charisma, but threw up his hands, as if to say it’s a lost cause.

And as one who usually doesn’t participate in online culture—except to read, granted, less frequently, newspaper and magazine stories—like me, he scoffed at the near-dustbin idea of #TheResistance, since, as a college Vietnam War protestor, he’s mystified as to why there aren’t 100,000 people outside the White House every single weekend, and more in temperate weather. That’s older-guy talk, punctuated with digressions about the Baltimore riots in ’68 and historic marches on Washington, but it makes sense.

It’s just a guess, but I don’t think 100,000 people would show up regularly at anti-Trump rallies, when the objections to his presidency are based on personal revulsion rather than a war that kills 500 Americans a week or blacks lynched in the South. There just isn’t the urgency. It’s fine for New York Times columnist Paul Krugman to ratify the views of like-minded Democrats—“By Trump-era standards, Ebenezer Scrooge was a nice guy.”—but that’s been his identical message for the past four years, just gussied up with a Christmas reference.

Wall Street Journal columnist Peggy Noonan is often cryptic: she can’t stand Trump, who she feels has debased the dignity of the Oval Office, but she’s not quite a #NeverTrumper in Bill Kristol’s ineffectual ragtime band. She summarized the Democrats’ problem last weekend: “In almost every national public presentation this year, especially in their presidential debates, [the Democrats] branded themselves not as what they had to be—a sophisticated party with a working-class heart—but what they couldn’t be—extreme left-wing progressives. It was a historic misjudgment… It makes the 2020 race not ‘Trump vs. the Democrat,’ a race he can lose, but ‘Trump vs. Lefty Madness,’ which he can win.”