A Bad Week For the Tyranny of Empathy

An overload of societal empathy is leading to bad decisions. 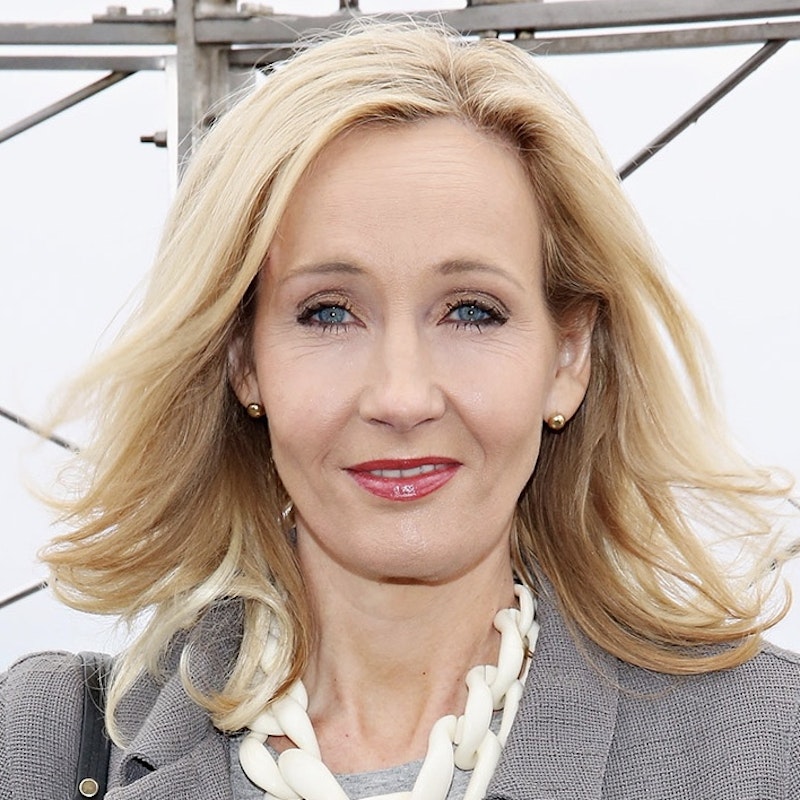 Dr. Sonja Falck, a British psychotherapist, suggested last week on national TV that calling someone a “nerd” or “geek” should be considered a hate crime. British author J.K. Rowling defended a woman who'd lost her job because she'd allegedly said something transphobic, for which she took a beating on social media. An Iowa man received a 16-year prison sentence for stealing a Pride flag and burning it. All of this, which occurred over a two-day period, are examples of a modern phenomenon you could call the "tyranny of empathy."

Falck added “brainiac” and “egghead” to her list of words you could be prosecuted for using because, as she put it, high-IQ people are a "minority group in society who are very much ignored." "'Neurodiversity,' or the differences in people’s brains," she said, “is an aspect of individual difference, which really ought to be recognized by society.” By "recognized," she means government enforcement.

Rowling, a staunch progressive advocate for the LGBTQ cause, tweeted: "Dress however you please. Call yourself whatever you like. Sleep with any consenting adult who’ll have you. Live your best life in peace and security. But force women out of their jobs for stating that sex is real? #IStandWithMaya #ThisIsNotADrill."

"Maya" is Maya Forstater, who lost a think tank job for her Twitter comments criticizing the U.K. government's plans to allow people to self-identify their gender. She believes it's impossible to change your biological sex, regardless of what the law says. A judge declared this opinion, "not worthy of respect in a democratic society," a judicial ruling that seems unworthy of respect in a democratic society.

That London judges are beginning to think like Teheran's is alarming, but the U.K. police are already visiting citizen's homes if they veer from the government-appoved opinion on the trans issue on Twitter, an authoritarian form of state support gay people have never been afforded. The visits and the judge's bizarre statement both come from a place of "empathy," as did the vicious mobbing Rowling was subjected to for saying a woman shouldn't lose her means of support for having a commonly-held opinion that's not popular among progressives.

It's important to note that the famous author wasn't defending Forstater's opinion that "sex is real." She just disagreed with the progressives' preferred form of penalty when someone says the wrong thing—loss of employment. Today's great empathizers have little empathy for those who displease them, even if they previously had a great track record. You're with them 100 percent, or you're cast out of the herd.

The Iowa man will be locked up for a decade and a half out of empathy for the LGBTQ people who presumably got their feelings hurt because an act protected by the First Amendment was deemed a hate crime, but the law hasn't touched any of the Westboro Baptist lunatics who chant "God hates fags" at military funerals. A rapist can get less than 16 years, and this guy didn't lay a hand on anyone.

Empathy has always been part of the struggle for social justice and equal rights. Empathy is what, at least partially, brought New York City liberals down to Alabama in the 1960s to demonstrate alongside blacks who weren't allowed to sit at a lunch counter. Empathy's an American obsession. Pushing back against it can seem like being against puppies. That's what Sonia Falck wants you to think, so she can be allowed to police words as a hero to the overly-intelligent and the computer-obsessed. But empathy has a dark side.

Psychology professor Paul Bloom took up the contrarian view with his book, Against Empathy: The Case for Rational Compassion, in which he argues that the ability to feel another's pain may pave the way to poor moral decisions. Bloom's not advocating heartlessness, however. Rather, he's arguing for rational compassion as a substitute for empathy. The professor doesn't believe that either parents or doctors can do their jobs if they rely too much on empathy. They'd feel their children's or their patient's pain in the short term too much to make the right long-term decision. Rational compassion, on the other hand, provides emotional distance and a clearer head. Your child might be terrified in the dentist chair, but he needs to get the cavity filled.

Anyway, how can we really know how another feels? Does the judge know how LGBTQ people feel about their flag being burned? They're not happy about it, I'm sure, but it's easily replaced. I think most of them would be satisfied with a new flag and an apology from the flag-burner. How could they want someone imprisoned for 16 years for that and consider themselves good people? Sonja Falck definitely doesn't understand how self-described geeks and nerds feel. They've embraced the terms and certainly don't want anyone arrested for using them. And I'll bet that people screaming at J.K. Rowling are outnumbered by trans people who don't want Maya Forstater fired.

The problem with allowing the empaths to shape the public debate is that you're putting stock in people who misread others' feelings and then become emotional over it. And how can anyone say it doesn't lead to tyranny when you have a Ph.D trying to make "brainiac" illegal? "Blondie" might be the next word banned, because blondes are stereotyped as airheads. Taking away people's jobs for their unpopular opinions is already tyranny, as is convicting a non-violent offender. We've got "empathy inflation" now. There's too much empathy chasing too few actual victims. Sympathy would work much better than empathy. The authoritarian left can't do as much damage with that emotion.