Plus, bad news for the Sephardim. 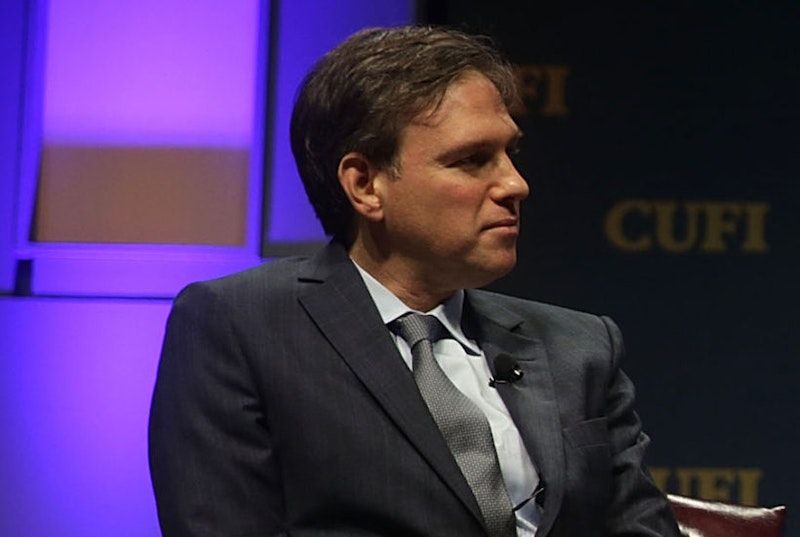 The British used to have a phrase, one similar to welshed or Dutch treat. This phrase has all but vanished, possibly owing to some Britannic pangs of guilt. But now I summon it back. The phrase is Irishly and I stick it onto the latest effort of Bret Stephens, columnist for the New York Times. His piece opens with a funny story about an old rabbi trying to understand a game of soccer. The old fellow watches and puzzles, and then announces that obviously each team ought to have its own ball. “Give one ball to each side, and they will have nothing to fight over,” the rabbi says Irishly.

Pixilated would be the term for an Irishman who delivered that line. But Stephens adopts a different angle. “The Secrets of Jewish Genius” isn’t a book of financial tips for the Japanese market. It’s 800 words on why the Jews are better at thinking than anyone  else. At first Stephens allowed Jews an edge in sheer smartness, or what he called “thinking better.” He cited a scientific study to that effect. Then, after publication of his column, somebody discovered that one author of the study was an avowed racist. Stephens or his editors took steps and the column is now free of any musing about inherited IQ. To give the fellow credit, the column’s chief point was always something else. “Jews might have a marginal advantage over their gentile peers when it comes to thinking better,” Stephens wrote. “Where their advantage more often lies is in thinking different.” And here we come to the Irish-minded rabbi, the man who sees things a little bit differently. As before, the column lists possible reasons for the alleged difference, with these reasons growing out of experience and upbringing, not genetics.

The causes do sound plausible. The problem is finding some effects to go with them. Before proceeding I should make clear that I have a Jewish mother and gentile father. I’m not an Israel fan and know little about Judaism or Jewish history. Ben Shapiro would call me a Jew in name only. But I’m more Jewish than most people and have known hundreds of Jews in my life, many of them relatives. There are traits that, it seems to me, recur throughout the series of anecdotes running beneath my views on Jewishness. I suppose mental deftness (“thinking better”) might get onto the list. But mental flexibility, the ability to set aside your preconceptions and look again, does not. It’s nowhere close. I doubt that it is for any racial, religious, or ethnic group.

Not even the rabbi has that trait. He may see a game of soccer differently than the players. But, if I may put things Irishly, he doesn’t see it differently than the way he sees it. That is, he can’t get it through his head that the game is a game—which is something he’s unfamiliar with—and not some other thing that he is familiar with, in this case a struggle for possession. I hasten to say that anybody might be familiar with a struggle for possession. I don’t claim that it’s especially a matter for Jews. I do say the rabbi seems like a stiff-head. He makes no attempt at turning his preconceptions around. Instead he decides that everyone else is confused and he must straighten them out. I love the announcement he gives prior to the story’s punchline.  “I have solved your problem,” he says. There wasn’t any problem and he has no solution. He’s mentally hidebound, stuck on his own importance, and rather careless. Next thing he’ll have a column at the New York Times.