The Hidden Intolerance of Americans 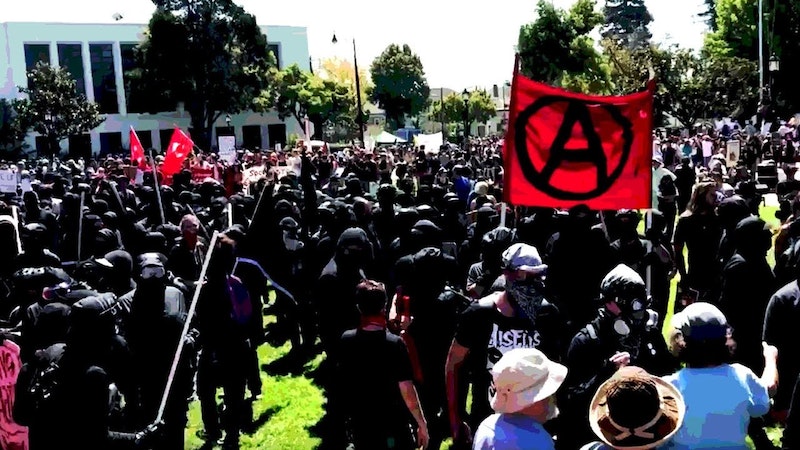 The U.S. is a more tolerant nation than ever before. There's no longer any tolerance for racists. In contrast with previous decades, Americans are no longer inclined to think that teachers should be fired for being gay, interracial couples are breaking a taboo, or that atheists are people to fear. Previously suppressed outgroups are allowed public expression.

That's good news, but there are some warning signs contained in a new study by the Cato Institute that covers attitudes about free speech, campus speech, religious liberty, and tolerance of political expression. The results indicate a disturbing level of intolerance still lingers below the surface, in areas where intolerance isn't seen as being as intolerable as Islamophobia, homophobia, and bigotry are.

For example, 53 percent of Republicans favor revoking the citizenship of Americans who burn the flag, a rare and harsh punishment that's usually reserved for treasonous behavior. Believing that a nonviolent, symbolic act of protest is so harmful to the nation that the debt to society can never be paid is an extremist view that has no place in this country.

Right-wingers love to call liberal whiners “snowflakes,” but this sort of intolerance is pretty snowflakey, not to mention the troubling lack of respect for the First Amendment it demonstrates among people who are committed to the Second Amendment. The view stems not from any threat that burning flags poses to society, but rather that many conservatives are offended by the act. Their need to impose a draconian punishment way out of proportion to the offense is indicative of a pettiness in their character, a trait that's also manifested in the GOP’s traditional opposition to medical marijuana. Only the most pettifogging of individuals would be against giving sick people in pain something that could relieve their suffering.

Liberals, as the study reveals, have their own issues with freedom of expression. Half of “strong liberals,” which is how Cato classifies the most liberal of its respondents, believe it’s morally acceptable to punch “Nazis,” which is one of the words that the Left now defines much more broadly than everyone else. Nazi now means racist or white supremacist, which happens to be another term whose scope the Left has expanded for political reasons. Any Trump supporter can be be called a Nazi these days, so it would be interesting to see a study asking people if they think punching a random Trump voter is moral too. This phony liberal attitude towards extremist political opponents is the mirror image of the conservative reaction to flag burners—it's emotion-driven and petty.

The Cato study uncovers a disturbing disconnect between what Americans say they believe in theoretically and how they react to individual issues. It's encouraging to see that 71 percent of respondents in general think that political correctness silences discussions society needs to have, but 87 percent of liberals think it's hateful to say women shouldn’t have combat roles in the military, and 39 percent of Republicans think it's hate speech to say the police are racist. When it becomes hateful to hold an opposing political opinion, debate is silenced, which is what 71 percent are saying they don't want to happen. Nine out of 10 liberals say it’s hateful or offensive to say homosexuality is a sin, which is a politically correct attitude that won’t recognize that religion doesn’t keep up with the times on social justice issues. The religious have a right to consider anything they want to a sin within their own religion. Interestingly, you'll never see a liberal calling a Muslim hateful for their religious views, which are very intolerant towards homosexuality. The designation is reserved for Christians only, which is one of the ways that liberal hypocrisy manifests itself.

On the topic of free speech on college campuses, there's once again a disassociation between what people say they believe and how they answer certain questions. Two-thirds say colleges should do more to teach the importance of free speech, but half of Americans with college experience don't think a speaker who says that transgender people have a mental disorder should be allowed to speak on campus. While the current trend on the Left is to not view it as a disorder, this isn't based on medical consensus. Dr. Paul R. McHugh, the former psychiatrist-in-chief for Johns Hopkins Hospital, has said transgenderism is a “mental disorder” that merits treatment, and that sex change is “biologically impossible.” A large number of Americans who say they want free speech emphasized on campuses don't believe this scholar should be allowed to discuss his scientific findings with college students. If his views don't fall under the category of free speech, then we're in trouble. All signs are pointing now towards the Left going after scientists like Dr. McHugh who won't go along with their agenda.

The Cato study points out that people have a hard time putting into practice what they claim to believe in. People want to embrace lofty principles, but tribal affiliations usually trump idealism. Standing up for fundamental ideas often entails tolerating things you don't believe in (“Live and let live”), something that most people have a hard time accepting. These are polarized times when there's so much intolerance for opposing political views that reasonable debates are nearly impossible. If you look closely at the results of this study, there's plenty to be worried about.