Danica Roem and Andrea Jenkins: A Sign of Hope 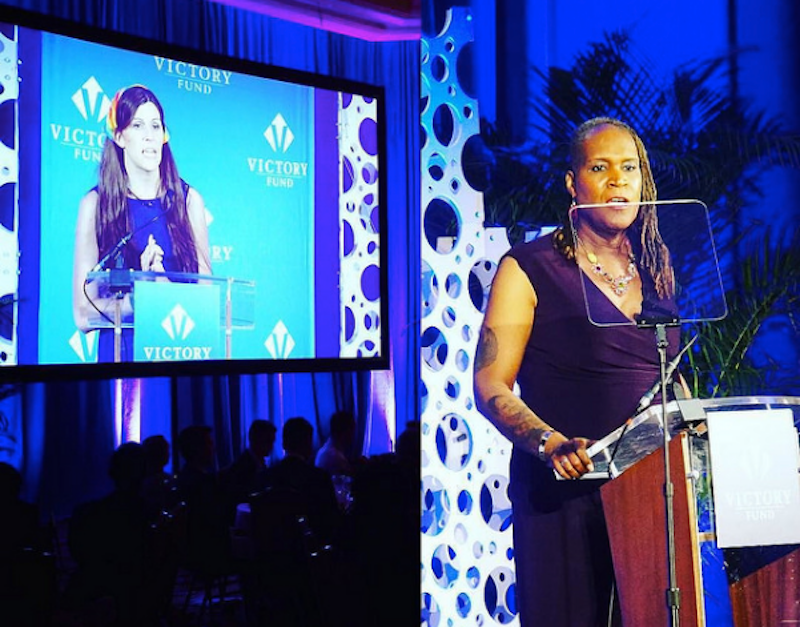 When I first heard that Donald Trump was elected president last year, I felt like the world had ended. All the progress made under the Obama administration—heath care, the economy, LGBTQ rights, etc.—instantly went down the toilet. Yet buried deep in my unconscious mind came Harvey Milk’s voice saying, “Give them hope.” During the past year I kept trying to remember Milk’s words, but with the “religious freedom” ordinance and the trans military ban, everything seemed hopeless. All that changed Tuesday night when two transgender women—Danica Roem and Andrea Jenkins—won elections.

Virginia’s Roem is the first openly transgender woman elected to a state legislature. She began her career as a heavy metal singer and reporter for the Gainesville Times and Prince William Times, and announced her candidacy in January of this year. Her opponent was Robert G. Marshall, Virginia’s self-proclaimed “chief homophobe” who has been in office since 1992. Not only is he against marriage equality, but is also the author of Virginia’s failed bathroom bill, which makes Roem’s victory even sweeter. It also didn’t help Marshall that he refused to use she/her pronouns for Roem, and recently went on Sandy Rios’ show to say being trans goes against “the laws of nature.” According to The Washington Post, he even refused to debate her. By sticking to his anti-LGBTQ bigot guns, he ended up shooting himself in the foot so hard it’s amazing he can still walk. In the end, it was Roem who ended up taking the high road by refusing to bash Marshall because, as she told reporters, “I don’t attack my constituents. Bob is my constituent now.” Metal and classy at the same time.

This also makes Jenkins, who won a seat at the Minnesota City Circuit (Eighth Ward) by 73 percent, the first black openly trans woman elected official. As she told The Washington Post, “Transgender people have been here forever, and black transgender people have been here forever. I’m really proud to have achieved that status, and I look forward to more trans people joining me in elected office, and all other kinds of leadership roles in our society.” Jenkins’ victory is particularly heartwarming because, according to statistics, black trans women are more likely to face violence than anyone else in the LGBTQ community. Her election will, I hope, help end transmisogynoir (which is a fancy term for bigotry against trans black women).

The war isn’t over yet. Anything can happen in 2018, so we can’t look at this year’s election results and automatically assume the moral arc of the universe is bending towards justice. The only reason why Roem and Jenkins won is because people actually went out to vote, so let's hope we can continue this trend next year. As for now, seeing Roem and Jenkins win the election gives me, a queer trans person, hope that the dream isn’t dead yet.