The New York Times and others are encouraging future shooters to top records. 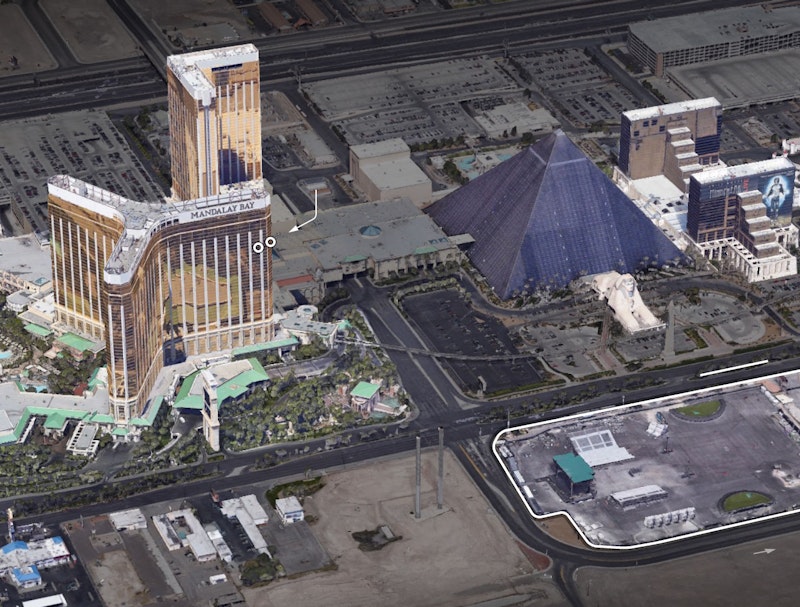 When the mass shooting in Sutherland Springs, Texas happened on Sunday evening, I was busy working and on my feet. I got an alert on my phone from the Associated Press, and then The New York Times, and then The Washington Post. I scanned for details: death toll, setting, scenario. No twists like Vegas, and half the body count. It was all too familiar, and it went to the back of my mind as I continued working. I didn’t bother reading about it when I got home a few hours later, because what is there to know? These events are only interesting if they break records, a foreign agent or power is in play, or if there’s some kind of novelty in detail, whether it’s a profile of the shooter, a new location, a new “reason,” and obviously a higher body count.

There are immediate solutions that the government can pursue if they want to mitigate the increase in mass shootings in the United States: stronger background checks, closing gun show loopholes, banning assault rifles. The conversation has not changed in the five years since Sandy Hook, and like I wrote last month, it always becomes a “Lisa needs braces/DENTAL PLAN!” loop in the media, professional and social: “mental health,” “thoughts and prayers,” “oh so if he’s white he’s not a terrorist,” it’s all so boring by now. People staked their sides out in 2012 and haven’t budged since.

One way to minimize the mass shootings is fairly obvious but hasn’t been discussed enough: stop printing the names of the shooters and stop printing their photos. Treat them like criminal victims—as perverse as it sounds, an all-out media blackout on shooter identification, motivation, and photographs would dampen enthusiasm and the eagerness felt by deranged people to go out in a blaze of nihilistic infamy. It’s well-documented that most mass shooters are scholars of previous mass shooters, and almost always keep past events in mind, especially the death toll. The goal is to break the record, to be the very best.

I understand the media has an obligation to provide basic details, but I’d like to single out The New York Times for perpetuating a particularly odious and offensive strain of infotainment: in the two days after the massacre in Sutherland Springs, I’ve received 10 push notifications from the Times app on my phone, with hideously tone-deaf Oprah-style headlines like “One minute the Holcombes were a tight-knit family praying in a tiny church in Texas. The next, eight of them were gone” and “The turbulent life of the Texas church gunman: jailed for domestic abuse, kicked out of the military and charged with animal cruelty.” The lack of an Oxford comma in the latter is infuriating enough, but who wants to read this? Who should be reading this? Leave it to the police in Texas to sort this sicko’s sordid life and come to whatever conclusion they can muster out of another senseless act of random violence with accelerated machinery.

I don’t know the guy’s name, have no interest in reading about this shooting, and yet I still see his mugshot plastered at the top of the Times website. Of course Matt Drudge ran with it, because he’s a tabloid prankster, an amoral nihilistic court jester that loves a juicy story, and he admits as much (when the Access Hollywood tape came out in early October 2016, he merely posted a picture of fireworks on the front page, writhing in ecstasy over such an explosive development, despite the fact that he was ostensibly in the tank for Donald Trump).

But America’s “Paper of Record” cannot continue to run these disgusting “human interest” style pieces and pretend that they’re not part of the problem. The same thing happened in the weeks after Vegas: profiles and updates on the shooter, profiles on the victims, dramatic and histrionic headlines that belong in The National Enquirer next to news about which celebrity is secretly gay and which has a harem of reptilian children they’re pimping out. When you bombard people with updates on death tolls and details of the carnage, you’re encouraging the next sick psychopath to try his hand at mass murder instead of simply blowing his own brains out and sticking to that.

The Times should be ashamed of stories like these: they have blood on their hands, because when they scan the computers and the search histories of the man that will inevitably break the current record, the police will no doubt find link after link from the Times and the Post with detailed maps, charts, infographics, statistics, interviews, and exploitative garbage that serves no one and only feeds this sick machine that makes violent, miserable people want to go out on a limb and try to make the front page themselves.