The host didn't even challenge the idea that race-based genetics makes blacks inferior. 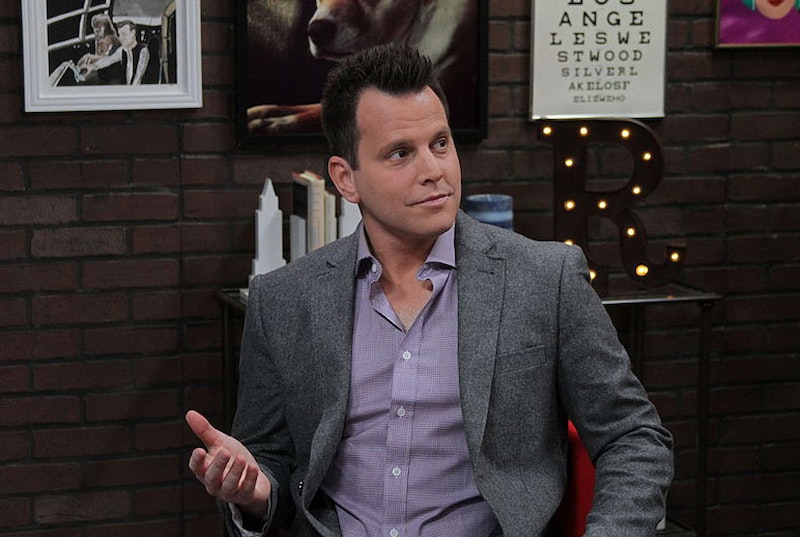 Dave Rubin, host of “The Rubin Report,” is regularly derided for what some perceive as his kid-gloves treatment of alt-right guests he's had in his show, including Milo Yiannopoulos. Josh Harkinson wrote an inaccurate piece for Mother Jones on the former stand-up comic that went so far as to call him “far right,” a designation Rubin pushed back on so hard that the publication deleted it. Rubin's more like an old-school, pre-intersectionality liberal who got red-pilled and is now reacting against the modern, regressive form of liberalism so vehemently that he finds himself able to at least partially agree with controversial people on the right who are radioactive to his left-wing critics.

Rubin’s interview style is so amiable and non-confrontational that he’s sometimes in danger of becoming a pushover, which is what happened with his latest guest, amateur philosopher and YouTube pundit Stefan Molyneux, who expounded on his questionable views on IQ and race as if they're established science. Those views are based on what he calls “more or less IQ tests” that he said the U.S. Army has given soldiers for years to determine whether or not they're officer material. The results, he said, put Ashkenazi Jews at the top of the intelligence ladder, with an average IQ of 115, and “even higher than 115 on verbal stuff.” Next are East Asians, which he says are in the 103-105 range, on average, and then it's Caucasians at 100. In the below-average category, he told Rubin, there's the “Mestizos/Hispanics who are “85, 90 and so on,” North American blacks at 85, sub-Saharan blacks at 70, pygmies in the high-50s and low-60s range.

I'm not aware of any pygmies that’ve served in the U.S. Army, so I expected Rubin to at least call him on that one. He didn't, and failed to challenge any of his guest’s data. If Molyneux was citing research other than the Army study he mentioned, then he has to reveal it. You can't sit there and let him reel off numbers as if they're established scientific facts. The only comment Rubin made was that he was an Ashkenazi Jew himself, which under the circumstances didn't portray him in the best light. Molyneux claimed that the IQ hierarchy is “just heartbreaking,” meaning that it's not just racism that's causing disparities between the races, but rather the intellectual raw material people are born with. Molyneux presents himself in a persuasive, sincere, and well-spoken manner, but his heartbreak isn’t convincing.

When someone on your show is saying that the average black person has an IQ 15 points below the average white person, and 20 points below an Asian, it's imperative you press them. A viewer watching these figures being tossed out feels initial shock, and then waits for the inevitable pushback they'll get, but that never happened. Instead, Rubin went back to Molyneux's point about the supposed heartbreak these “scientific findings” cause him, noting that that wasn't the impression he'd previously had. This seemed an attempt to soften the impact of his IQ claims by humanizing his guest. My guess it that when Molyneux is addressing his many alt-right, racist fans he dispenses with this part, because they're not interested in hearing that. “The Rubin Report” reaches a broader audience, so he's talking about his own personal pain as a way to seem more sympathetic. “Do you know how much I would give, Dave, to know that it was just racism,” he told the host, and his voice sounded like it was breaking. “Because that's a solvable problem.”

Molyneux, who’s one of the biggest Trump apologists on Twitter, talked about the extreme violence on Chicago’s South Side, remarking that it's hardly surprising, because that's a normal level of violence in a population with an IQ of 85. He said that if you compare the earnings of Ashkenazi Jews to that of black people and factor in the IQ factor then there's no real disparity. Rubin asked Molyneux if there was evidence that such differences are caused by genetics, inquiring about the difference between the brain of a 25-year-old white man and  that of a 25-year-old black man. “They're different sizes,” he replied. If a white kid is raised by a black family, Molyneux told Rubin, he'll end up with a 100 IQ, but if a black kid is raised by an upper middle class white or Jewish family he'll end up with an 85 IQ. In other words, it's all genetics.

“The Rubin Report” is usually Dave Rubin and one guest, but he should’ve changed the format for this episode, since he wasn't equipped to put up resistance. There was a need for someone else who had the knowledge to challenge the suppositions Molyneux was basing his conclusions on. In the science world, it’s generally accepted that IQ is correlated to both economic success and criminal behavior. There’s also evidence of differences in IQs among various populations, including the intellectual superiority of Ashkenazi Jews. Research has shown they're in the 107-115 average IQ range, not the 115 Molyneux cited.

That race-related genetics is the primary cause of one’s IQ and that those genetics cause one to become economically successful or a felon, which is Molyneux’s premise, isn't widely accepted in science, and that's what made this particular “Rubin Report” egregious. That this didn't get debated made the interview a travesty and a gift to the alt-right types who dream of creating an ethnostate.