The Gold and the Yellow

The elites in every country will continue to get rich while playing their psychotic version of chess. At least we have the algorithm. 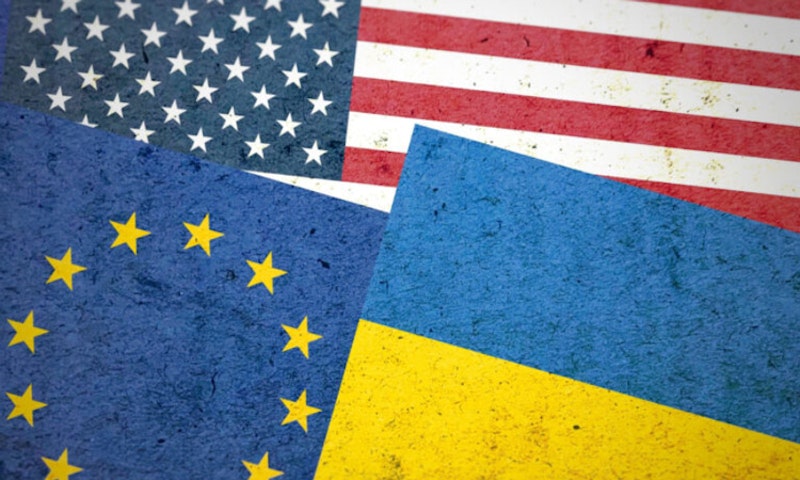 Back in 2015 a viral phenomenon spurred furious debate on whether a photograph of a dress was black and blue or white and gold. While this was finally proven to be the former color combination, people will believe what they want. And by now, most have forgotten, anyway.

A friend jogged my memory of this blip in internet history as we were watching the war together via Twitter. Our feed was filled with news announcements from companies like Coke and McDonald’s that they were pulling out of Russia. Sanctions were levied to cripple the Russian economy. And people were refraining from yelling at those who won’t stay masked, added a blue and yellow flag emoji to their user handles. Most were suddenly and uniformly taking a stand for a country the majority most likely couldn’t find on blank map. Watching this happen in real time was as jarring as it was predictable.

Much like the dress argument, our compulsion to take sides is as much a sign of a divided society as it is a desperate need to find truth in a world full of lies, even if it means our emotions are swayed by easily debunked propaganda. Miss Ukraine 2015 wasn’t brandishing a gun to fight against Russia; it was an airsoft rifle. She’s an airsoft model. The photo of Ukrainian headquarters exploding was actually taken in Beirut. The Ghost of Kyiv should’ve been obvious from the name. But it’s easy to fool someone when they are programmed to scroll, not think.

I saw a new tile in the trending section: News in Ukraine As It Happens. News reported by whom? How verifiable is the source of this news? And if some of these stories prove to be false like how accountable should we hold Twitter for spreading propaganda willingly or otherwise for this news section? Aren’t we supposed to fight disinformation even if it makes us feel good?

Perhaps more disturbing than the ease in which the “fog of war” is spread on social media is how easily prone we are to falling for it. When many have no historical context it’s frighteningly easy to do. I had to remind someone that one of the many reasons Ukraine is in such a state is because the U.S. and EU staged a coup in Ukraine only a year before we were squinting at a picture of a dress, trying to determine its colors. This was new information to them. As if the war sprung up like a mushroom overnight.

They’re unaware that for decades American security agencies staged, supported or attempted coups d’état in dozens of countries all over the world. For four years we heard about “Russian Meddling.” Strange that we were meddling in Ukraine as a way to stick it to Russia.

There was once a concern regarding our government’s attempts to destabilize countries. In moments of introspection, leaders should ask if at least part of the problem is us. Maybe our meddling in Afghanistan in the late-1970s and early-80s gave rise to the Taliban. Maybe this notion of the Biden administration being a signifier that “the adults are back in charge,” is really a harbinger of something much more sinister. Something that will have long-reaching effects in Europe and at home, long after we’ve turned our attention to something else.

This is a tragedy for innocent and long-suffering Ukrainians who’re losing their lives and their country. And it’s tragic for Russian civilians who neither want nor condone Putin’s actions and are forced to suffer sanctions as a result. Because it’s only the poor and common who ever feel the brunt. The elites in every country will continue to get rich while playing their psychotic version of chess. At least we can take comfort that the algorithm is just a few clicks away from serving up something fresh and equally distracting.