Innocent people pay the price for the megalomania of dictators. 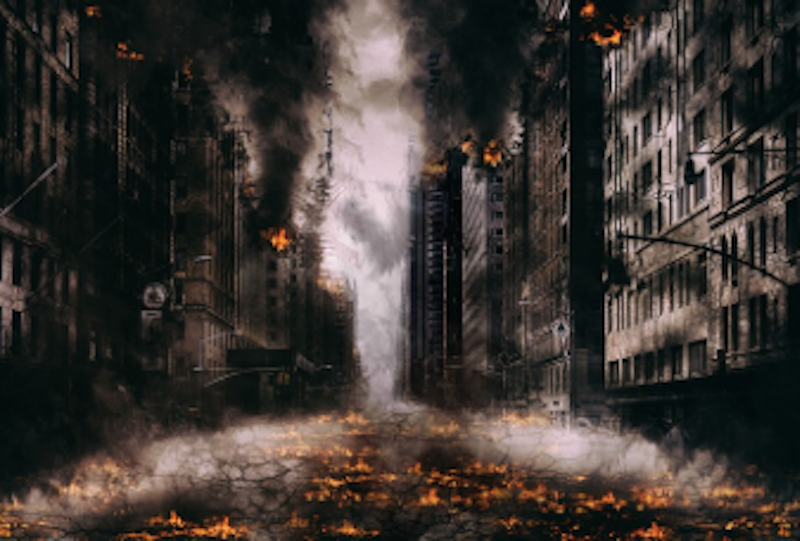 I suppose it was too much to expect that the world would settle down after it became clear that Covid’s run its course. Perhaps the virus is still lurking, ready to attack when the time’s right. But the obsession and mass hysteria over Covid has mostly ended, replaced by the war in Ukraine. This is not to minimize the gravity of Vladimir Putin’s tyranny, the suffering of the Ukrainians, or the bizarre timing of the attack. Innocent people pay the price for the megalomania of dictators. But something must be said about the reactionmany people have exhibited, which continues the cycle of societal derangement.

There’s always someone/something that needs punishment and this time it’s Russian culture. The Met Opera soprano, Anna Netrebko was fired for not being vocal enough about her rejection of Putin. The Cardiff Philharmonic Orchestra has removed Tchaikovsky from their program because, you know, he’s Russian, and it’s clearly his fault that Putin wants to conquer the world. Who’s next? Tolstoy? Dostoyevsky? Solzhenitsyn, the man who fought against totalitarianism? These so-called cancellations are empty forms of protest that justify philistine pride.

Saying we live in an unhealthy society is an understatement. Between social media insanity and inanity, constant propaganda, and people’s perpetual focus on “bad news,” there’s no room for creation and production. In addition, it’d appear that the world’s ending. World War III is on the horizon. Maybe it is. I don’t have a crystal ball, and I don’t do astrology charts of cosmic significance. But this focus on the impending apocalypse is tiresome. If the apocalypse is inevitable then what’s the point of worrying about it? If the end of the world is an absolute certainty, then what is the meaning of free will and why do we keep asserting it?

I’m somewhat sarcastic above, but there are bigger philosophical implications in what’s happening today. The mass hysteria that we’ve experienced in the last two years is an exercise in primitive gnosticism. A primitive emotion is attached to the secular yet supernatural forces that strengthen the ideology and fear. The notion of theological reality never enters the picture when we analyze the events. However, an event is not merely linear but also ontological. There’s a misunderstanding of time and its current compression. In his book on the meaning of cinema, Sculpting in Time, Andrei Tarkovsky writes, “Time is a condition for the existence of our ‘I’… Time is necessary to man, so that, made flesh, he may be able to realise himself as a personality. But I am not thinking of linear time…but the cause which makes man incarnate in a moral sense.”

There’s always a moral responsibility attached to a person, and hysteria, tyranny, and fear are the impediments to the incarnation, theological materialism, and moral thought or action of a human being. The idea that we’re living in a vast cosmic space and the threat of mass annihilation is coming is too much to comprehend for the human mind, yet the mind is obsessed with it. So, instead of entering through the door of time that perpetuates human propensity for creation, we stay on the other side where decay, weeds, and metaphoric nuclear waste dominate life. Images of Tarkovsky’s Stalker (1979) come to mind, as the three protagonists move through the landscape of decay and destruction with a few glimpses of what may constitute faith in God.

The Covid phenomenon has ushered in an unbearable fear of death. This perception of the world and life itself is precisely what dominates the media and relations we have to each other. What we’re forgetting is not only God (much like the writer and the professor in Stalker are doing) but also that the meaning of death is inextricably connected to the meaning of life. The more we scream, the more beastly we become.

Maybe we have an aversion to time. After all, we never have enough of it. Tarkovsky writes that “The time in which a person lives gives him an opportunity of knowing himself as a moral being, engaged in the search for the truth; yet this gift which man has in his hands is at once delectable and bitter.” We deny that there’s a bigger meaning to time, so it becomes easier to live on the surface of time, where consciousness barely exists.

Is the end near? The end of what exactly? An epigraph in Sculpting in Time, is appropriate to our current predicament. It’s a conversation between Stavrogin and Kirillov in Dostoyevsky’s The Possessed. “In the Apocalypse,” says Stavrogin, “the angel swears that there’ll be no more time.” Is it the time we’re afraid of? Or the possibility of happiness? Society is set on making fear the center of life. It’s trying to survive but the more we strive only for basic survival, the more we’re losing the vision of happiness. Any beast can fight for its survival but only man has the potential for creation.