There are many, many more elections to worry about besides the Presidential election. 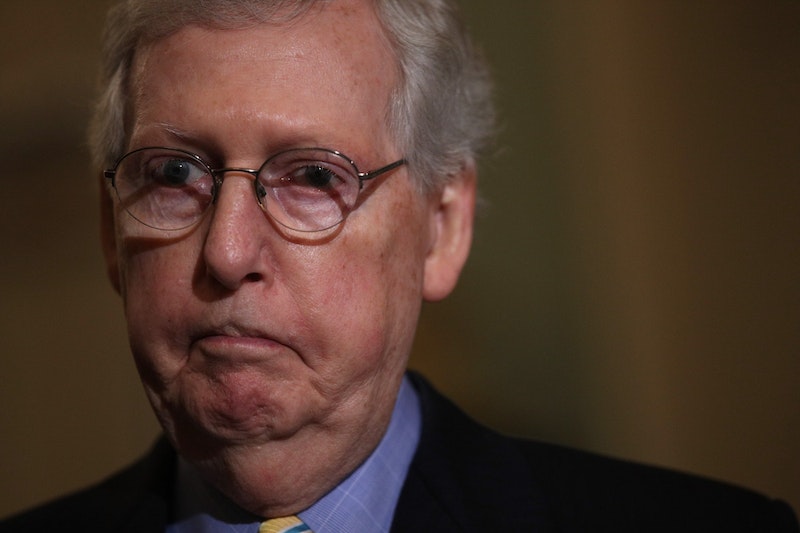 Republicans have something to worry about, and it’s probably not the 2020 elections. Rather, the several elections after it. A party that wins control of the presidency and Congress by negative vote margins, the GOP has little room for error— and their path to victory in federal contests is narrowing because of demographic change.

The GOP’s a largely white party that loses with nearly every minority group. When states like Georgia and Arizona will become majority-minority in the next few years and Texas—already in that camp—and becoming less white, some conservative strongholds may turn blue. California was once Reagan country. New Mexico was Republican in the early-2000s, as was Colorado. They’re no longer considered swing states. Immigration and the party’s inability to connect with Latino voters explain why.

Republicans won’t win federal elections soon without major policy platform changes. Luckily for the Party, there are many ideas worth pursuing and other states they can target. As the 2016 election revealed, Wisconsin, Pennsylvania, and Michigan are a part of the GOP’s future. There are other states to consider like New Hampshire (a Republican trifecta from 2017 to 2019) Minnesota (Republicans control the state Senate), Maine (Republicans controlled their state House and Senate from 2015-2019), Washington (Republicans controlled their state Senate following the 2014 election), and Oregon (had a split House of Representatives following 2010).

The Party needs to peel away people who don’t normally vote Republican by focusing on cost-of-living issues. The goal of a conservative party should be to put young people in a position where they can marry, and have children. The policies would likely benefit other people as well, but that’s whom they should have in mind.

Zoning laws and building materials artificially drive up home costs. Gas taxes are regressive, as are state-run lotteries. Nuclear power is safe and affordable. Calling climate change a hoax alienates coastal moderates. The Jones Act preventing American liquefied natural gas to heat New England homes costs consumers hundreds of dollars each winter. College, some trade schools, and drivers’ ed classroom hours could be completed online for free or cheaper than what they cost to operate right now with some online tests. This could also gut all the inefficiencies of useless classes and make degrees take less time, and relax requirements in vocational education. Incentivizing remote work would save people both time and money on work clothes and travel; though this will require decent broadband access in rural areas. Some areas aren’t profitable to service, but the government has an obligation to those people.

There’s a good social conservative case to be made for supporting paid family leave and expanding the child tax credit; Marco Rubio makes it. Taxing college endowments could help fund universal pre-K. And the United States could cut federal spending if it switched to a universal healthcare model resembling Singapore or Switzerland’s. Some on the right may cry socialism, but the USA's birth rate is way too low (1.76 children per woman, below the 2.2 replacement level), and it’s an issue market forces and cultural liberalism won’t fix. That’s not to say all women should have children. Rather, some people feel as though they can’t afford to have kids who want them.

On foreign policy, the GOP needs an America First worldview. The forever wars in the Middle East aren’t popular, and Americans want to cut foreign aid. The annual handout to Israel which goes to Raytheon and Boeing is the perfect place to start. Crony capitalism is bad there and the party should oppose it whether it’s for a sports stadium, movie production, or whatever stupid thing Elon Musk is working on.

And if it’s going to be a pro-family party, education has to be addressed. If Republicans can’t win the case for school choice and against teachers unions that force parents to send their kids to failing expensive government schools with violence, bullies, and drugs, then they should give up.

The GOP needn’t become socially liberal or support amnesty to gain support. There are many socially conservative values held by the public. They believe in some abortion restrictions. They like patriotism. They oppose racial quotas in college admissions. They support E-Verify. They don’t think biological males should play on girls’ sports teams. If the GOP treated drug use as an illness rather than a crime (and favored legalized marijuana/’shrooms), they’d be better off.