The Five Most Pro-Animal House Democrats 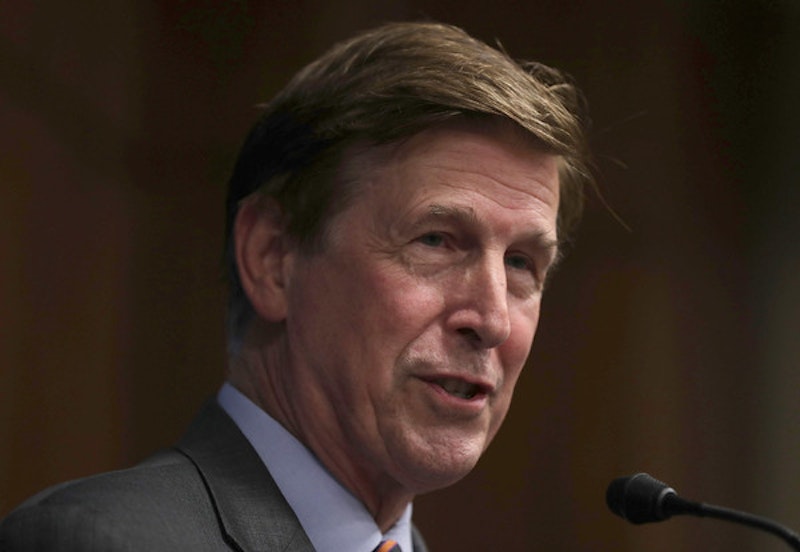 The animal movement, for too long, has relied on individual tactics. Many activists spend their time encouraging individuals to adopt a vegan diet. A much smaller number carry out acts of terror against animal exploiters. Far from being diametrically opposed, these groups often share an understandable—but self-defeating—pessimism about collective, political engagement. The truth is we can't afford to leave the electoral arena to animal abusers. Below are the five most animal-friendly Democrats in the House of Representatives, who we should support and push to do better.

Using the Humane Society Legislative Fund's 2016 scorecard, there was initially a 37-way tie for most pro-animal House Democrat, which is actually synonymous with most pro-animal representative. All of these politicians received 100-percent ratings from HSLF, while earning extra credit for leadership on animal protection issues. To break this tie, I examined scores going back to 2012. I gave newer representatives the benefit of the doubt, ranking those with shorter, but equally pro-animal records as more compassionate.

Readers may be surprised to see that Oregon Rep. Earl Blumenauer, co-chair of the Congressional Animal Protection Caucus, is not on this list. This probably reflects a flaw in my methodology—and perhaps also that of HSLF. Since Blumenauer has served in the House since 1996, he was hobbled against newer representatives with my approach. Further, Blumenauer voted against final passage of the Agricultural Act of 2014. As the Humane Scorecard from that year notes, "Representatives had many reasons for voting as they did on this large package."

5. Dina Titus—The representative from Nevada voted for the Frank R. Lautenberg Chemical Safety for the 21st Century Act, which would reduce and eventually replace animal use in chemical testing. Titus also supported the inclusion of animal-cruelty crimes in the National Incident Based Reporting System, saying, "The FBI's ability to collect data on these crimes not only enhances law enforcement's ability to monitor and analyze trends, but will also provide evidence-based resources to study the known connection between animal-cruelty crimes and other types of violent crime. This is a significant step forward for animal welfare, our law enforcement agencies, and our communities at large."

4. Grace Meng—This New York congresswoman voted against the Sportsmen’s Heritage and Recreational Enhancement (SHARE) Act, which pandered to big-game hunters and other anti-animal groups. In a letter to then-Agricultural Secretary Tom Vilsack, expressing her concern about the treatment of disabled calves, Meng wrote, "As long as downed animals are allowed to be slaughtered for food, companies will have an incentive to pressure workers to engage in rough handling to try to get those animals up and walking so they can pass inspection. Conversely, once companies are no longer allowed to include downer calves in the food supply, they will have an incentive to treat these animals more humanely."

3. Susan Davis—The Californian signed a group letter to the Agricultural Appropriations Subcommittee, seeking increased funding for enforcement of the Animal Welfare Act, the Horse Protection Act, the Humane Methods of Slaughter Act, and a federal animal fighting law, as well as other pro-animal programs. Announcing her flawless rating from HSLF, Davis said, "How we treat animals reflects on how we treat each other. I appreciate the work the Humane Society does on behalf of animals in the wild and in the home. I enjoy working with them on these critical issues and am proud of my perfect score on their report."

2. Katherine Clark—The congresswoman from Massachusetts was one of two sponsors of the Pet and Women Safety (PAWS) Act, which would protect human and nonhuman victims of domestic violence. Speaking in favor of the bill, Clark said, "Sadly, domestic violence is something one in every four women will experience at some point in their lives. This isolating experience is made even worse for those who fear for the safety of their pet. Most pet lovers, including me, consider their beloved dog or cat a part of their family. No one should have to make the choice between leaving an abusive situation and ensuring their pet's safety."

1. Don Beyer—Beyer, from Virginia, was one of four sponsors of the Humane Cosmetics Act, which would phase out cosmetic tests on live animals and the sale of animal-tested cosmetics. Defending the legislation, Beyer said, "It is time for us to end the painful and completely unnecessary process of testing American cosmetics on animals. Safer, more cost-effective, and completely humane alternatives already exist; and the United States is in no danger of losing its competitive role as a leader in the global cosmetics industry. Now, we need to ensure our place as a moral leader."