Ahmadi Muslims have their identity denied in Muslim countries around the world. 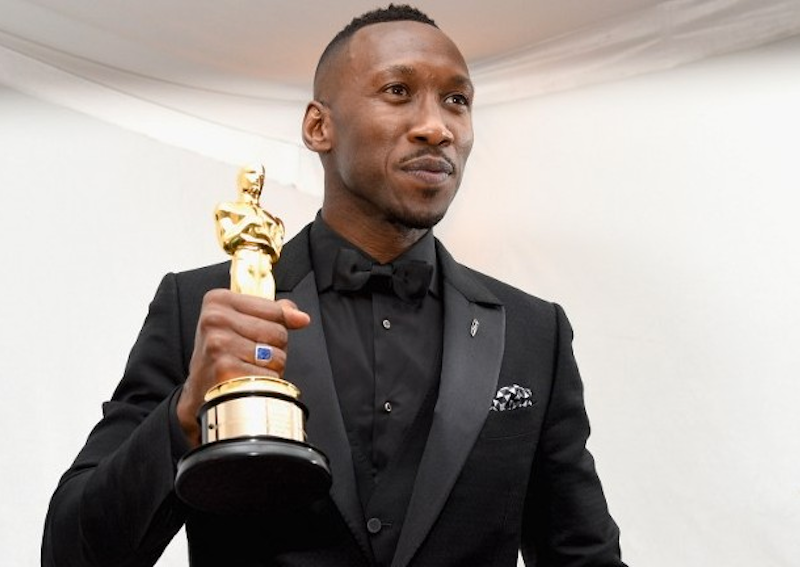 Last year's Academy Awards ceremony was a celebration of whiteness, according to those keeping score. This year was different. Black people, and even Muslims, were well-represented among the top winners. Mahershala Ali became the first Muslim to win the best supporting actor award for his role as a drug dealer in Moonlight.

The media celebrated the milestone, but there's a catch. Ali didn’t mention it in his acceptance speech, but when he won the SAG award, he proudly announced, “I’m a Muslim.” Unfortunately, many fellow Muslims wouldn’t agree. In fact it would be illegal for him to say this in certain countries. He's part of the minority Ahmadiyya sect (whose adherents are called Ahmadis) that many Muslims feel is a pseudo-Islamic cult of infidels. Muslims, both Shia and Sunni, believe that Muhammad was the final prophet sent by Allah—Adam, Abraham, Moses, Jesus, and then Muhammad. The Ahmadis’ heresy is their belief that Muhammad wasn't the final prophet. Their chosen prophet’s name is Mirza Ghulam Ahmad, who was born in India and died in 1908.

Pushing Muhammad aside has often relegated the Ahmadis to second-class citizens in Muslim countries. Indonesia's top Islamic body declared them as “deviants” in 2008. In Pakistan, home to the largest Ahmadi population in the world, every citizen applying for a passport must declare, in writing, that Muhammad was the final prophet and that Ahmadis are “non-Muslims.” Pakistan's ambassador to the U.N., Maleeha Lodhi, jumped the gun in tweeting a congratulatory message about Ali’s Oscar, but deleted it when informed he was an Ahmadi. Well-known actor Hamza Ali Abbasi was gentler, tweeting his congratulations to Ali with the caveat that he doesn't agree with the actor’s religion. He also said that his fellow Pakistanis don't think Ali’s even a Muslim, something he received criticism for from those Pakistanis who don't like the nation's dirty laundry aired out for the world.

Ahmadis, who are slurred as “Qadianis,” don't have it easy in Pakistan. While allowed to have their own places of worship, they cannot call them mosques. They’re prohibited from self-identifying as Muslims. Shops and convenience stores sometimes have signs saying, “Qadianis and dogs not allowed,” although there's no way for a shopkeeper to identify anyone as an Ahmadi. In fact, the last thing they want to do is stand out in any visible way. Any sort of outward expression of their religion could subject them to Pakistan's draconian blasphemy laws.

While it's not accurate to say all Ahmadis live in constant fear, the general bigotry directed towards them sometimes escalates into violence. It's hard for them to do business. Ahmadi business owners must take pains to insure that their cover isn't blown, lest they become victimized by a whispering campaign that could lead to a boycott. Because many Pakistanis think the Ahmadis are apostates who deserve death, they’re sometimes singled out for beatings. The government doesn't place a high priority on preventing such violence, even though there have been hundreds of targeted killings of Ahmadis over the last few years.

Many anti-Trumpists were elated that a Muslim received Hollywood's award. They're looking for every validation that the U.S. isn't becoming a whites-only club, so even fairly meaningless awards for acting count. But Ali is an African-American who converted to Islam as an adult. His Oscar would’ve had more impact on those who say bias against Muslims is racist if he'd been of Middle Eastern descent.

The way the media covered it isn't likely to give people a picture of the disparity between the reactions to Ali’s Oscar here in the U.S. and abroad in Muslim nations. Had Ali been a Sunni Muslim, for example, there would be great interest in Pakistan in him and the movie now, although its gay theme would be difficult. As it is, there's no buzz in Pakistan at all, just as there never was for Mohammad Abdus Salam, the only Pakistani to win the Nobel Prize in physics, which he did in 1979. The Washington Post published an article on the Ahmadi issue, but most people won't get this side of the story. The Boston Globe buried one paragraph about it. The Sydney Morning Herald also gave it one paragraph, mentioning that Ahmadis are sometimes persecuted but nothing about all the targeted deaths and being assigned to the “untouchable” caste.

Westerners commonly see ISIS, which adheres to a rigid, literal interpretation of the Qur'an, as not connected to Islam in any way. President Obama assured us they were “not Islam,” but there's no way he'd make such a pronouncement about the Ahmadis. An event that easily could’ve become a catalyst for shedding light on a marginalized minority instead became an easy opportunity for exalting diversity now that Trump is President. U.N. ambassador Maleeha Lodhi’s deleted tweet symbolizes what Pakistan has done to the Ahmadis. In a part of the world where identity is inextricably linked with religion, the Ahmadis have no identity. The Pakistanis have vaporized them to un-person status. The moderates in Pakistan make some noises for equal rights for the Ahmadis, but hard-line Islamists call the shots there.

Jews are demonized in parts of the Qur'an and Hadith. They’re generally seen in Islam as even worse than Christians, since Allah sent the most prophets to the Jews, but they still didn't mend their ways. Some Muslims say Mirza Ghulam Ahmad died in a toilet in Lahore. No true prophet would die in such an unclean place they claim.