A win for Joe Biden in November would be a big win for New York City as well. 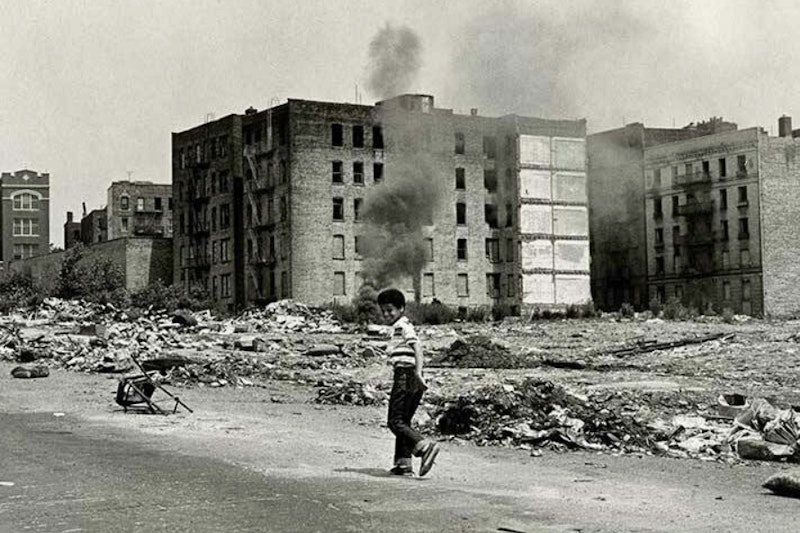 At the moment, New York City is a far less pleasant place to live in than it was a year ago, but for some it's already expired. In August, hedge-fund manager and New York City comedy club owner James Altucher caused a stir when he blogged about NYC being "dead forever," killed by the pandemic. He wrote about the city being able to bounce back in the past, but is certain that's not going to happen this time. Altucher cited the fact that the Time-Life skyscraper is 90 percent empty; Broadway and all the museums are closed; restaurants are shutting down.

It’d be easy to shrug your shoulders and agree with Altucher, but he underestimates the city he's given up on. This is the place where 343 firefighters marched up endless flights of stairs in the World Trade Center on 9/11 because that's what the situation called for.

New York always gets up off the canvas. Crime’s ticking up, as is the budget deficit. The city's massive hospitality industry is decimated. Tourists are scarce. And the unpopular man in charge, Mayor Bill de Blasio, isn’t up to the challenge. He's so clueless that he's antagonized Gov. Andrew Cuomo, which is the last thing the mayor should ever do, given Cuomo's power over the city's finances. The good news is that de Blasio will be out of office next year.

To provide some context on the financial challenges that New York City faces, go back to the 1970s—a lost decade in which the city lost 800,000 residents. Several factors, including rising crime, the city nearly sliding into bankruptcy in 1975, and suburbanization contributed to the kind of urban flight that many fear is currently underway. The city's tax base eroded because so many were earning their living in New York but paying property taxes outside the city. New York, however, still spent as if nothing had happened, so a massive deficit developed. Instead of openly addressing the problem, Mayor Abe Beame and other government leaders quietly borrowed money. The city's debt hit $3 billion, and the Republican-led federal government wasn't interested in lending a hand.

It took years for New York City to get those 800,000 people back, and that was just the beginning of the economic recovery. The fiscal damage due to the pandemic has been faster and more drastic than it was then, and in the long run will perhaps be more extreme, especially since there were some signs that New York had already begun another decline before the coronavirus hit. In the past two years, it's lost 50,000 people, and certain crimes have trended upwards. The pandemic is now amplifying that decline.

On the other hand, the city is now in much better shape to handle a crisis of this magnitude because it hasn't been in decline for years like 1975. This provides some leeway for creative solutions like those tried after 9/11. For example, vacancy rates in the neighborhoods surrounding the World Trade Center soon reached 45 percent, because nobody wanted to live in a "graveyard." So the city paid 50 percent of the rent for six months to anyone willing to move there. For a relatively minor investment, vacancy rates then went down to around two percent and an entire section of the city was rescued. New York's recovery this time will once again require innovative thinking. A number of economists believe that it will take the city five years to recover its tax base, unless another pandemic breaks out, or if this one can't be contained in a reasonable amount of time.

New York received a massive amount of federal aid after 9/11, but Donald Trump has also told his hometown to drop dead. A win for Joe Biden in November would be a big win for New York City as well. A major risk the city faces is another 1970s-style vicious cycle in which the population, jobs, and visitors are all shrinking. That means the budget also shrinks, leading to a deterioration of city life, which leads to more people leaving, and so on. The city government will have to move back to a more managerial style. Leaders must figure out which taxes are driving people out of the city, and new measures like one-stop permitting need to be considered. Cumbersome regulation is the enemy of a recovery.

Jerry Seinfeld is much more representative of New York’s spirit than James Altucher. The comedian called the comedy club owner a putz after he wrote his essay, and vowed never to abandon New York. Altucher is a wealthy man who can afford to move anywhere if the city no longer gives him the pleasures to which he's accustomed. Seinfeld's rich too, but he has an abiding love for New York, while Altucher had what sounds like more of an infatuation with the town, and it fizzled as soon as things got tough.

This is hardly the first time people have declared New York City finished. After 9/11, many asserted that New Yorkers would never again agree to work in Manhattan’s skyscrapers, and they’d abandon the subway out of caution. Instead, Wall Street and the real estate business prospered. When the 2007-2008 Great Recession ravaged New York, it paved the way for a tech boom. Nobody knows what New York City will look like in a few years, but the city will repurpose itself as it has done before. This is a place where meat-packing facilities become posh galleries and garment factories are turned into ritzy hotels. Seinfeld got it right. He knows that you'll never make money betting against New York.