The Domestic Threat to American Elections 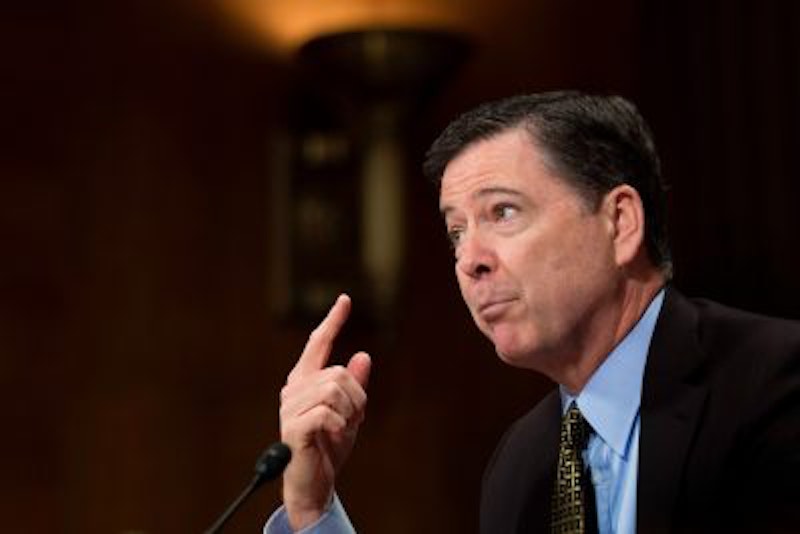 It’s worth worrying about the effect of the Russian security services on the American electoral system. But the more profound threat is domestic; and unless they are even more boneheaded than I think, it has dawned upon the people at NSA, CIA, and FBI that they’re in a position to control elections. Quibble about the details, but one way or another they had Trump and his campaign under surveillance. Okay, “informant,” not “spy.” No “wiretap” of Trump Tower, just 14 indirect routes to monitoring the campaign’s communications.

There were very good reasons to investigate. Trump and the people around him can’t be corrupted, but only because they can’t become more corrupt than they already are. Don’t let that distract you from some enduring and obvious facts. First, various parts of the US government, and individuals working within it, have access to everyone’s communications. They can monitor where you live if they please, or reconstruct your history retrospectively. They have your email, texts, locations, perhaps your conversations, video of many of your public actions and interactions. This gives them leverage over almost anyone, in particular anyone running for office. And that in turn gives them control over elections. If they don’t control elections, it’s because of their forbearance, not because anything is stopping them. If you’re counting on their forbearance, you really are a chump.

During the 2016 election, the “intelligence community” blundered about. They weren’t, I think, really trying to control the outcome, and like everyone else they expected that Hillary Clinton would be the next president. But in their blundering—exonerating Clinton and then publicly reinstituting the investigation of her at the last minute, for example—they showed themselves and us what sort of power they have if they decide to use it. And the people defending the conduct of the intel agencies—Comey, Brennan, and Clapper, for example—are making it clear that under certain circumstances they could justify surreptitious intervention.

What they’re pondering right now: they could’ve leaked the Steele dossier more effectively or with better timing or with more confirming details. If they’d thought it through, they could still be running the intelligence agencies. Then there wouldn’t be a president who insults them all the time and tries to undermine their credibility. And then America would be more secure against its enemies, foreign and domestic. Their motivation would be precisely a defense of American intelligence and law enforcement, which they regard as having been put at great risk by Trump. For the sake of their country, people like that will make sure, if nothing else, that every president from now on is a security-state enthusiast who… does what the intelligence people tells them to do. That’s the only way to keep the country safe.

Over the weekend, there was an excellent story in Politico about how Lyndon Johnson used the CIA to spy on the campaign of his opponent Barry Goldwater in 1964. Under the aegis of future Watergate burglar Howard Hunt, the agency funneled Goldwater’s speeches to Johnson before they were delivered, and Johnson pre-empted or even took credit for several of Goldwater’s policy proposals. This seems relatively benign compared to various forms of blackmail, but one has to suspect that Johnson was looking for that sort of material as well. Simultaneously, J. Edgar Hoover was focused on developing a blackmail dossier against Martin Luther King, Jr., by which King could be eliminated or co-opted. And Lord knows what Hoover had on Johnson and Kennedy, for example, and what the policy results were, aside from an ever-growing and more powerful FBI.

Since 9/11 and the Patriot Act, the situation is somewhat different: one way or another they routinely monitor everyone, and can reconstruct anyone’s communications. They don’t really need infiltrators and break-ins. Every reassurance that they don’t have such access comes merely from themselves. According to themselves, they are scrupulous about seeking warrants to gather the communications of any American citizen, and the judges are scrupulous in reviewing them. I don’t believe them, and I think a gander at the history of these agencies will bolster my suspicions. People at the NSA can look at anything they want at any time. That’s how they’re deciding whom to get warrants on, among other things.

The idea that such powers could possibly be abused is highly offensive to all Trump opponents at the moment. CNN and MSNBC feature non-stop outraged defenses of the American law enforcement and security establishment, delivered not only by Comey, Brennan, and Clapper, but also by their own anchors and reporters. But Trump’s opponents should ponder this: these powers are now more or less in the hands of Trump, Sessions, Pompeo, and Kelly. Do you follow me on this? Even if you were foolish or partisan enough to trust American intelligence under Obama, you are surely not foolish enough to trust that sort of power to Trump and his people. Are you?

The next American president might be this sort of person or that, might be black or white or latinx or gay or straight or male or female or trans. But one thing is certain: the next American president, incoming senators, and so on, will be people who are acceptable to the CIA. It will be Gina Haspel’s sacred duty to keep us safe by finding supportive candidates, or making less-supportive ones more pliable. Compared to that, the threat posed to American by Russian ads on Facebook is trivial.