From Israel to Arizona to Windsor Castle, repel criminals. 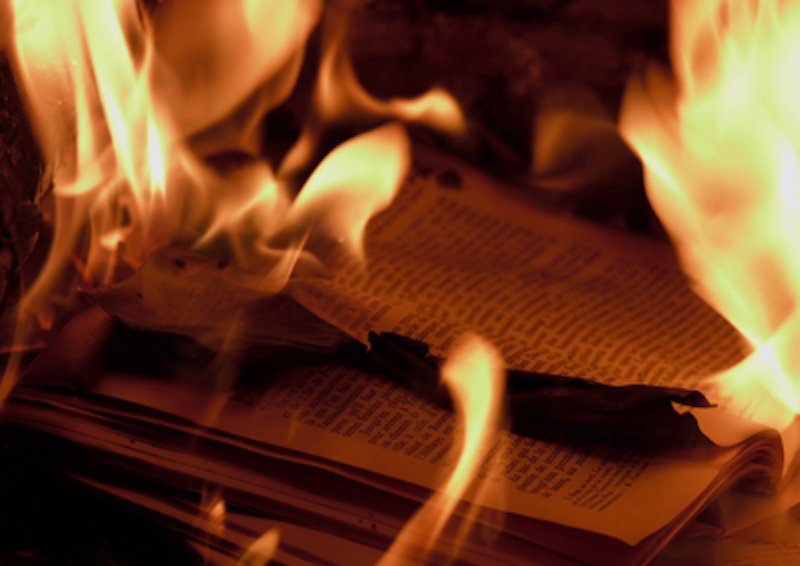 Never forget the advantages of self-rule and, in the unfortunate event government exists at all, keeping government small and local so you can keep an eye on it. Do not, for example, long to undo the secession from England that created the United States. Americans are so charmed by royal weddings, you’d think Harry and Meghan were now king and queen of the UK and U.S. We shouldn’t want that.

By contrast, it’s somewhat pleasing to see Meghan’s uninvited, white-trashy relatives infecting the occasion, celebrating back in Sanford, Florida wearing Burger King crowns. It can only be a matter of time before they get a reality show, if one’s not already in the works. McDonald's was willing to underwrite that Bling Mac jewelry-giveaway recently, so maybe Burger King should underwrite this show. Never forget, all giggling aside: the Burger King crown is a more moral and admirable one than the royal crown, the former created by commerce, the latter by conquest and arbitrary biological inheritance.

But if Burger King isn’t quite your cup of tea, so to speak, all the more reason to want strong individual property rights, clearly separating what you do or eat from what your neighbor does or eats.

The alternative to that tidy division is always, eventually, some sort of culture war, large or small, because the only alternative to individual property rights is the doomed effort to steer the whole society as one big (un)happy collective. It doesn’t much matter whether you see the book-burners of HBO’s new Fahrenheit 451 as right-leaning or left-leaning—the enforcers of some sort of orthodoxy are coming eventually so long as the populace believes society should be based on a common goal or unanimity of sentiment. The very idea of unity is grotesque and stifling, whether you decorate it with a crown, nationalist flag, hammer-and-sickle, or “HOPE” poster.

In place of individual choice, the paltry consolation that collectivist systems will always offer you is some form of “participation,” such as voting once every couple of years or watching a royal wedding. Don’t submit to the pressure to pretend these ceremonies makes everything okay.

If the time ever comes that our own regime literally wants to burn all books (as the psychotic socialist sci-fi writer H.G. Wells fantasized about doing in his novel In the Days of the Comet), it’s a safe bet it won’t dispatch “firemen” to do it like the ones in Fahrenheit 451 but will instead encourage (upbeat, DIY) citizens to burn their own books in select locations, sort of the way the City of New York bizarrely limits the legally-permissible time and location for disposing of old computers to one spot on the Columbia University campus on a special day in spring. The more constrained and predictable the public ritual, the better from the perspective of the powers that be.

If the current left wants to strike a symbolic blow against one of this culture’s most influential recently-deceased conservatives, by the way, maybe they should consider making a bonfire of copies of Bonfire of the Vanities by Tom Wolfe. Strictly speaking, I wouldn’t have a legal objection so long as they own the copies and the smoke isn’t interfering with anyone else’s ability to breathe. You see how property rights defuse conflict? By contrast, try to reach a cultural consensus on a good reading list and, well, pretty soon you’ve got people suggesting that it might be better to toss the leftists in the bonfire instead of the Wolfe novels, etc., etc., and I want to avoid that sort of ugliness.

In fact, I think the recent mania for borders (which are an artificial construct of governments and thus should ultimately be abolished) is largely a reaction, like other culture wars, to lacking secure property rights. If you have to get the collective on your side to do anything, you suddenly have a strong, perverse incentive to control the makeup of that collective, to ensure it’s a collective with tastes more akin to your own. If, by contrast, you know the neighbors will stay in their own yard, you have less reason to mind them moving into the area.

The right shouldn’t try to keep out all immigrants, and in a regime of weak property rights, the left shouldn’t pretend people have no stake in keeping track of who’s coming to join in the democratic pilfering/regulating/voting. You can’t really blame the White House for doubling down on its description of the violent MS-13 gang (who tend to behead people rather than merely selling drugs) as “animals” amidst so many bogus media attempts by Andrea Mitchell and others to make it appear that descriptor had been used to tar all immigrants. At least the AP issued a retraction after implying Trump meant immigrants in general. People who were firmly reassured of having property-rights-based law and order would probably be a lot less concerned about the border and demographics.

The recent deaths in Gaza are just an extreme example of the same dilemma. A less-lethal response by the Israelis to the incursion would’ve been nice, but they weren’t reacting to mere protest. Many members of the crowd had guns, kite-bombs, Molotov cocktails, and explicit instructions (as some admitted in interviews) to kill as many Israelis as possible once inside the Israeli perimeter. The idea the Israelis were just supposed to sit back and take it—and trust the tens of thousands of other members of the crowd were less hostile—is blatantly absurd.

But again, you avoid conflicts like that one by having individual property rights (whether those individuals are of Israeli or Palestinian descent) so secure that it’s nearly irrelevant which tribe’s members run the legal machinery. In Gaza as in Kashmir and so many other places, people are acutely aware that which tribe runs local government will make a big difference. It shouldn’t.

Maybe the inherent perils of collectivism (and the resulting appeal of secession/localism) will get hashed out in an entertaining fashion in the TV drama Brexit starring Benedict Cumberbatch as a “Leave” campaigner. Maybe world-altering lessons in how to run a commons will be learned at your local Starbucks now that they’ve made it explicit policy that you don’t have to be a customer to hang out there.

More likely, somewhere on Earth, there will be blood in the streets again as each tribe tries to get things to go its way, and occasionally the brutes will pause to dream, as they insist on doing, of a king or queen or legislature or god rising above the clash of interests to make things pleasant for everyone. Good luck with that decidedly collective endeavor, humanity.