When loyalties must be declared. 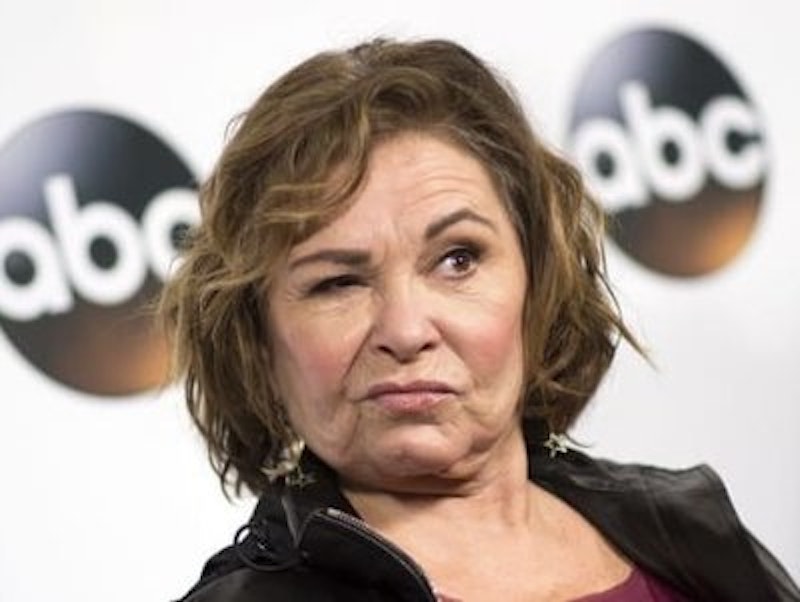 Context matters. Jonathan Capehart of The Washington Post published a column that’s a model of ass-kissing and logrolling. It’s called “Why I Take Starbucks Seriously on Race” and its message is that the Rolodex matters. Howard Schultz, chairman of Starbucks, is to be taken seriously largely because he’s plugged in with certain people Capehart approves of. Plus there are quotes of Schultz saying things that often get said (“walk in each other’s shoes… unconscious bias… to be seen and understood, regardless of the color of…”). When it comes to action, we’re told only that Starbucks’ special, all-hands, four-hour race-sensitivity training session on May 29 “is the beginning of something, not the be-all-end-all.” Like what? No answer, and the topic is raised near the column’s end. Higher up we get “‘I have a long-standing relationship with Common,’Schultz told me.”

Now for context. On the same day as the Starbucks training session, Roseanne Barr tweeted that a black woman looked like a monkey, and Barr’s TV show is now an ex-TV show. Good. The racial-enlightenment game has its embarrassing side, a vast one. The minor league Davos feel makes you want to run up and kick somebody (“‘Anna and I have known each other for a while,’ he said of the actress and playwright Anna Deavere Smith. Schultz also reached out to LDF president Sherrilyn Ifill and Heather McGhee, president of…”). But whatever. We need something between us and this other world, the onethat sometimes seems so close, the planet where a TV star like Roseanne could say what she did and get away with it. Perhaps Capehart and his friends are doing good, perhaps they’re a circle jerk. But somebody’s doing the good work. Whether through lobby groups or individually, people are pushing back against racism. A Schultz-Capehart tango makes the work look silly, but it isn’t.

I doubt that the four-hour training session will tell employees anything they haven’t figured out. No matter, the day’s lesson will be hanging in the air. In the morning Roseanne Barr had the country’s biggest show, and in the afternoon she’s got a busted bag. How seriously do corporations take this racial stuff? That seriously. Anna Deavere Smith may or may not enter into it.

Famous last words. A week ago Roseanne was ABC’s “first No. 1 series in 24 years,” to quote Adweek. The magazine ran a detailed account of the show’s revival and the doubts that had to be overcome along the way. “I do think people were a little skittish… Boy, did I call that wrong!” says one observer. More weightily, we have: “For ABC, these past two euphoric months are a validation of the company soul-searching that began among Sherwood and his top execs the morning after Donald Trump’s surprise victory in the 2016 presidential election.”

Sherwood is Ben Sherwood, co-chairman of Disney Media Networks and president of Disney-ABC Television Group. He figures how maybe “inclusion doesn’t just mean Fresh Off the Boat and Black-ish. Maybe inclusion also means reflecting the working poor in America, and the middle of America where there is daily struggle.” I like that. On the one hand, non-white shows. On the other, “the middle of America” and “the working poor in America.” I suppose you can get away with this game if everybody keeps their mouth shut and plays things smart. But Roseanne had some thoughts about Valerie Jarrett and monkeys. Really, none of this is a surprise.