The Desperation is the Point

Stop getting lost in the pit of “ideas” and focus on what people have to gain or lose. 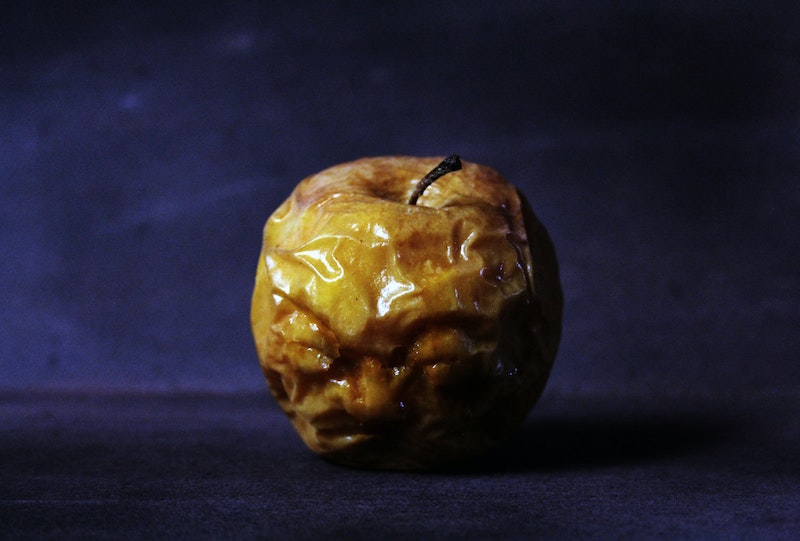 Do you ever get the feeling people enjoy making the same mistakes repeatedly? Consider the unfortunate character of Sarah in the 1977 horror classic, Suspiria. While trying to escape the Tanz Dance Akademie, Sarah falls into a pit of razor wire, allowing her attacker to slit her throat. This resembles the behavior of much of our intellectual culture, with many bright minds determined to fall into the razors again and again, offering their throats to the worst people in society.

There’s a common pattern people fall into when trying to make sense of the latest outrageous incident. It begins when someone gets criticized and then fired for an inconsequential non-offense—or when a public thinker, corporation or NGO trots out some ridiculous new totem of identity politics. Instead of seeking out the concrete, economic and material roots of the conflict, smart people love getting distracted by the “bad ideas” on display and the need to “convince” people to think more clearly. You often hear something to the effect of “Come on, people, don’t you realize all this craziness only hurts the very goals you’re trying to achieve!”

After about 1000 rounds of this “war of ideas,” it’s time our very rational, totally reasonable and oh-so-fair-minded Harper’s Letter-signing friends got a grip. Altering a quote by Ruth Bader Ginsburg talking about women’s rights to render it gender-neutral isn’t really about “erasing the meaning of womanhood.” Getting some random chick fired over an altercation at some God-forsaken dog park in Brooklyn isn’t really about “holding people accountable, y’all.” For our would-be class of cultural revolutionaries, the cause isn’t the point, the goals aren’t the point, and for the facts-and-logic peddlers in the back: the ideas aren’t the point. The point is to get attention, recognized, and paid.

In his 1943 book, The Machiavellians, James Burnham made the critical distinction between the “formal” or stated meaning of a set of ideas and their “real” meaning—the one tied to the tangible facts about the world. As Burnham didn’t have 1970s Italian horror films to work into his analysis, he had to stick to late-Medieval Italian authors. In analyzing Dante’s polemical political treatise, De Monarchia, he distinguished Dante’s formal arguments for “eternal salvation in heaven” and “the development of the full potentialities of all men” from Dante’s real agenda: a politically united Italy.

In one the most sobering passages ever printed, Burnham states that Dante’s formal arguments “consist of pointless metaphysical and logical distinctions, distorted analogies garbled historical references, appeals to miracles and arbitrarily selected authorities.” This is followed by the sharper declaration that “taking the treatise at face value and judging it as a study of politics, it is worthless, totally worthless.” He elaborates further that “we cannot take the words at face value nor confine our attention to what they explicitly state; we must fit them into the specific context of Dante’s times and his own life.”

Gathering over coffee to debate if “the fact that the Incarnation of Christ took place under the temporal rule of the Emperor Augustus” should mean anything for political legitimacy might be interesting or stimulating. But in terms of actually-existing political arrangements, it means nothing. The current Prime Minister of Italy is in power for a range of historical reasons, regardless of whether his position is “repugnant to the intention of nature” and thus “contrary to the Will of God.”

Likewise, many of the ideas proffered under the banner of social justice are divisive, corrosive and self-defeating. But engaging with them as ideas won’t dislodge them from our institutions and stop the horrendous behavior of their adherents. The plane of ideas is the bailey. You need to attack there first, peel off a few people at the margins and get a handle on how absurd our culture has become. But you can’t stay there, as it’s laden with trap doors leading to one razor-wire pit after another. You need to look up at the motte to see the fortress of class and economic necessity.

By sending so many people to college with the promise of high-paying jobs, financial stability, and “making a difference,” we outran the economy’s ability to deliver on this promise. And if there aren’t enough positions in the productive economy, an overgrown professional-aspirant class has only a few options. One is proletarianization, which they’ll often reject in horror, thinking themselves “too good” to stock shelves or deliver food. Another is taking an alternate route, such as the trades or other perennially essential jobs—which, again, their own narcissism can’t handle. And the third is the most pertinent, being the creation or expansion of jobs that merely extract existing value from the economy.

Few examples bring this into sharper relief than the proliferation of diversity, equity and inclusion departments on college campuses. Colleges and universities (along with healthcare and several other industries) were already overloaded with useless administrative functions before the 2010s. But the discourse around gender issues and racial justice—itself emerging from academia, like all elite ideas—created a powerful raison d'être to solidify this trend.

According to research conducted by the Heritage Foundation, “one of the central purposes of DEI efforts is to create a more positive and welcoming environment for students.” However, by examining the results of such efforts, the researchers found that “student reports on campus climate are no better—and often worse, especially for minority students—at universities with larger DEI staff levels.” The report concludes, correctly, that “Employing dozens of DEI professionals—in the form of chief diversity officers, assistant deans for diversity, and directors for inclusive excellence—may be better understood as jobs programs subsidizing political activism without improving campus climate.”

This is why self-evidently terrible ideas have taken hold in so many institutions, have so much cultural currency, and lead to such awful social consequences. Entrance into the world of the cushy administrative sinecure requires the most ruthless attention to personal branding and a willingness to commodify every facet of your identity. By showing a poverty of principles and a wealth of desperation, you’re well-placed to enter the marketplace of the self. The problem is that this administrative bloat is unsustainable. You only need so many HR managers, community outreach coordinators, and assistant advocacy directors. In terms of the formal economy, a typical burger-flipper at McDonald’s is more productive than any “director for inclusive excellence.” A lot of people know this, and their behavior reflects their fear.

This is why the rules and standards of language and identity change so rapidly and can exist in total contradiction with each other. Someone recently asked me why professional-class women would have an interest in erasing the concept of biological sex, as this concept and its consequences are the basis of feminism and women’s rights that allowed for women’s entrance into that class. The reason is that a fact-based, immutable concept puts limits on the generation of new categories, new identities and new causes to advocate for. It constrains the growth of new protected classes that necessitate still more departments, staffing and hiring to serve those needs. In this sense, presenting merely as a woman is like trying to sell a typewriter to someone with a laptop. The need’s already accounted for, so you’ll have to come up with something else.

This isn’t meant as a knock on administration in general. Any economic system requires a certain amount of people good with numbers, paperwork, organization, processes, and staff relations. Additionally, I think there’s a place for people who are good at managing and mediating issues related to people of different backgrounds coming together at school or the workplace. Most reasonable people had come to a consensus on these issues by around 2012. The insanity we’ve witnessed since then is the result of those concepts being mined, mutated and reused by desperate people willing to debase and destroy everyone around them to get their due.

The desperation is the point, and it’s the calling card of any class of people who realize on some level they’ve become obsolete. As Eric Hobsbawm shows us in The Age of Revolution, today’s use of personal branding and self-commodification is similar to the old feudal aristocracy wielding of “birth and status, with ever greater intensity” in the late-1700s. The culture of the time still reflected the gentleman and his estate, lording over his peasants. But from an economic standpoint, his time was up, especially in Britain and France.

One can see the eventual wreckage of this class portrayed in Edgar Allan Poe’s The Fall of the House of Usher: “A settled apathy, a gradual wasting away of the person, and frequent although transient affections of a partially cataleptical character.” The most notable aspect of the Usher family was that it “had put forth, at no period, any enduring branch; in other words, that the entire family lay in the direct line of descent.” As the story goes, Roderick Usher winds up burying his sister alive and then dying in terror when she bursts from the tomb and attacks him. The story’s narrator then escapes and sees the mansion split in two and sink into the water.

It serves as a metaphor for much of our rotting, bloated and economically obsolete professional class. Left unable to reproduce itself in a meaningful way, it’s been left in a position where the only logical action is to conjure up whatever justification it can to bury its competitors alive, lest the world realize what it’s really been up to. Anything to enjoy their mansion long enough before it too crumbles and comes crashing down.