Ideas created in the laboratories of the elite tend to act very differently in the wild. 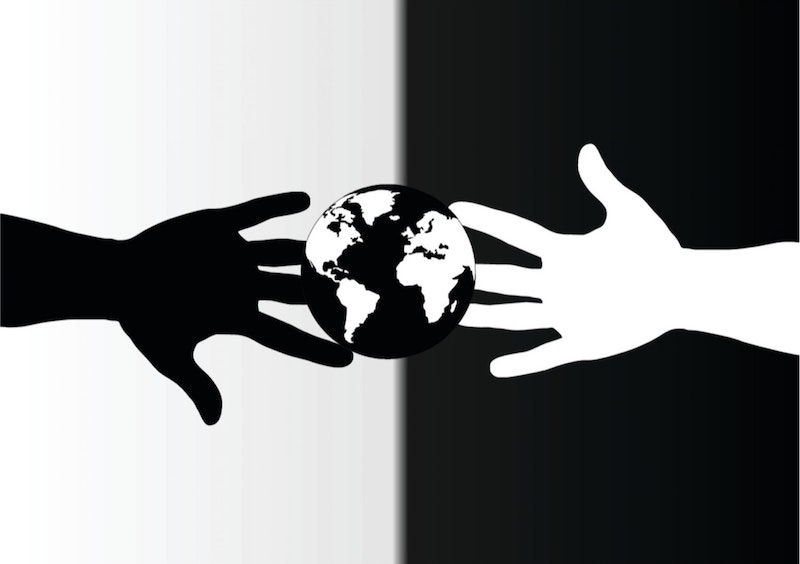 In The German Ideology, Karl Marx quipped that “in ordinary life every shopkeeper is very well able to distinguish between what somebody professes to be and what he really is” whereas “our historians have not yet won even this trivial insight. They take every epoch at its word and believe that everything it says and imagines about itself is true.” Likewise today, the most propagandized are incapable of distinguishing between the intent of ideas and how those ideas function in everyday life.

Take, for instance, the current culture war battlefront: critical race theory (CRT). In short, CRT is a discipline that was formed in the 1970s and 80s by several academics who sought to examine racism’s role in shaping the American political and legal system. This was partly in reaction to the lack of economic and social progress made in the African-American community since the civil rights and voting rights victories of the 1950s and 60s. Many ideas flowed from this source, the most illuminating that race is a malleable, socially constructed phenomenon used by the ruling class at different times to justify the subjugation of different peoples.

However, the idea that congealed from this discipline and gained the most currency is that racism sits at the center of western culture, society, and political power—and that any supposed “universalist” ideas that transcend a racialist framework are a smokescreen to obscure those power relations. Thus everything about American society is implicated in racial injustice, including the nation’s founding. At the heart of this is the contradiction between analyzing race as a social construction and then reifying it as the prime mover of history.

This idea has been sharply criticized by the World Socialist Web Site, which stated that The New York Times’ 1619 Project’s “insistence that race—which has no basis in science—is the determinative category of both the present and past,” gives it the same “basic premise” as “white supremacists and fascists.” It also quoted the West Indian historian (and the first prime minister of Trinidad and Tobago) Eric Williams, who described how “A racial twist has thereby been given to what is basically an economic phenomenon. Slavery was not born of racism: rather, racism was the consequence of slavery.”

This vindicates part of CRT, that race is a tool that’s applied for practical reasons, and not simply an idea bouncing around in people’s heads. Racism in the North American case was therefore a post-hoc rationalization for the continuation of a system that “was first, and always foremost, a system of labor exploitation.” This does nothing to deny the real consequences of this rationalization, and how it played out over decades of lynchings, segregation, discrimination, and everyday instances of race hatred.

But it’s another matter entirely to implicate the ideas of the founding, enshrined in The Declaration of Independence, The Constitution, and The Federalist Papers as racist themselves. Absurd on its face, it erases the reality that WSWS describes as the fusion of “the most advanced political thought with economic conditions that had reached sufficient maturity to make the overthrow of an old order.” It also calls forth the awkward question of why American civil rights leaders, the Haitian revolutionaries, and Ho Chi Minh identified the principles outlined in those same documents as integral to their struggles.

Ideas borrowed from CRT have now informed the never-ending stream of leaked documents from diversity and equity training conducted at schools, corporations, government, and other institutions. It includes laughable presentations and infographics that assert that individualism, the traditional family structure, the scientific method, hard work, deferred gratification, and even bland food are all tenets of “white culture.” Beyond these trainings, we also see the proliferation of idiotic articles about how some particular social group is having a “reckoning” with its “problematic past” (e.g., knitting, birdwatching, yoga).

There’s a more sinister side to this as well. It’s also allowed racialized rhetoric to be weaponized against individuals, particularly against working class people. The recent story in The New York Times about the targeting of a janitor at Smith College is just one of many horrifying examples. It’s almost amusing that a discipline like CRT that started as a systemic critique inspired by historical materialism would devolve into a Manichean weapon for the destroying of individual lives and reputations.

A backlash has finally begun that’s gone beyond the controlled opposition of “The Intellectual Dark Web” and Harper’s Letter-liberals, led by activists like Chris Rufo. Rufo and others understand that to confront institutional power, you need to wield the power of other institutions. He’s thrown his weight behind sympathetic Republican governors and state legislatures, inspiring bills that bar public schools from race/sex-based scapegoating, stereotyping, or compelling students to believe they are inherently racist. Upon reading these bills, they present like standard Great Society-era liberal principles. And yet the entire bulwark of American liberalism and its lapdogs on the left regularly spew scorn on Rufo and his efforts.

This takes a few forms. The most predictable is the idea that anti-CRT efforts are simply the harvesting of “white fear” to push for Republican votes, ignoring the fact that Donald Trump increased his share of the vote across all racial demographics in 2020 except for white men. There’s also this response: “You don’t even know what CRT is!” When you show people you do have a pretty good idea, they’ll say “So, what’s the problem? Don’t you want people to learn about slavery?” When you tell them how the ideas of CRT have manifested in the real world, they’ll say “that’s not CRT! CRT doesn’t ignore class! CRT doesn’t reduce everything to race! It was started to confront racism in law!”

That last point is the tell. Libertarian theorists may not have envisioned a massive shadow state made up of corporations and NGOs dominating American life, but that’s how their ideas became actualized through the "small government" agenda of the right since the 1980s. When people point out their qualms with their experience of libertarianism, you’ve already lost the argument when you’re stuck shouting: "No no! This isn't what Hayek, Mises, and Rothbard had in mind, you're ignoring the original message of the sacred texts I read in law school!” The other examples of this are legion: “Jesus would have never burned a witch!” “It’s about ethics in…”

Ideas matter and can inspire people to do great and terrible things. But as a social phenomenon, we must separate intention from function. You may have a lot in mind when laying out a series of ideas, but how those ideas function in society determines how people see and relate to those ideas. And unfortunately for visionary thinkers, this function is often out of their control. Derrick Bell, in his 2002 book, Ethical Ambition, praised “a good job well done” as one of the keys to a life well lived. Likewise, he was known as being kind and understanding to his students, including white conservatives. But none of that matters if the prevailing CRT-inspired training sessions tell you that “hard work” is equivalent to “white supremacy.”

All of this seeming incoherence, malevolence and hypocrisy has a function. It’s the function ideas always serve once they fall into the hands of ruling institutions on the defensive. To bring it back to Marx and The German Ideology: “The ideas of the ruling class are in every epoch the ruling ideas, i.e. the class which is the ruling material force of society, is at the same time its ruling intellectual force.” CRT, and all the other disciplines we associate with “wokeness” emerged in the post-1968 milieu of elite Ivy League colleges and French universities, at times backed by funding and grants from NGOs supported by, or sometimes outright fronts for, government agencies. They're now fully accepted by major corporations, mainstream media conglomerates, and outlets of popular culture.

On a recent episode of the Good Ol’ Boyz podcast, Sweden’s premiere “non-denominational populist,” Malcom Kyeyune, framed the situation with his characteristic bluntness: "Show me an example of wokeness and I'll show you a mouth that needs to be fed." In his recent article for American Affairs Journal, he describes how “It is in fact a core feature, not a bug, that every new step in the ‘culture war’ seems to require a new federal commission, corporate diversity department, or university star chamber to be staffed and funded.”

He goes on to talk about how the culture war’s function is so often obscured by people’s notion of its intention: “these fights over jobs, grants, and resources are not understood as fights over jobs, grants, and resources, but as wars over ‘culture’ and ‘values,’ wars that just—by the strangest coincidence—happen to involve all the other material things, supposedly as some sort of trifling afterthought. The immediate payday, we are told, is just a small step on the way to some far-reaching goal.”

In this sense, the “ideas” of CRT are secondary to its function. Don’t bother tracking down every instance of hypocrisy or excess. You’ll find that the application of these ideas is uneven and their enforcement inconsistent. And this is part of the game as well, as it gives the wider initiative plausible deniability. “The training at my company was very reasonable and civil! No one cried or got upset! What are you talking about?” Our class of overproduced corporate and academic functionaries can’t afford to totally terrorize people. But they’ll do it enough to make it count, so that each time something crazy happens, you’ll have forgotten about that last time and delude yourself into saying “Oh, this is just an exception!”

That doesn’t mean we shouldn’t criticize the ideas at all. The reductionist framework of racialized thinking, beyond denying anyone’s individual agency, responds to the historical “othering” of marginalized people by encouraging them to “other” themselves yet again. It responds to historical racial bigotry by pouring the foundation to build it up once more.

Finally, it flattens the class distinctions within racialized groups and ignores the role of policies that cut across racial lines. This is why the same class of people who defend CRT want to redefine “working class” as “white.” The shifting of the economic base from manufacturing to service work, at the scale in which it occurred, benefitted one class immensely at the expense of the other. We often associate this with places like Michigan and Ohio, but in many cases that’s not where it started.

In the early-1970s, New York City lost an average of 48,000 manufacturing jobs per year. Who do you think suffered the most from this loss in the ensuing decades? The upper-middle-class sociology student who grew up in the West Village? Or the poor kid who grew up in the South Bronx? One got a cushy job at an NGO “advocating” on behalf of the other, who still has few good options outside insecure gig work or minimum wage retail or food service. Whatever the intent was of legal academics 40 years ago is beside the point. When you honestly consider the material reality of these two people, who benefits more from the function of elite ideas?