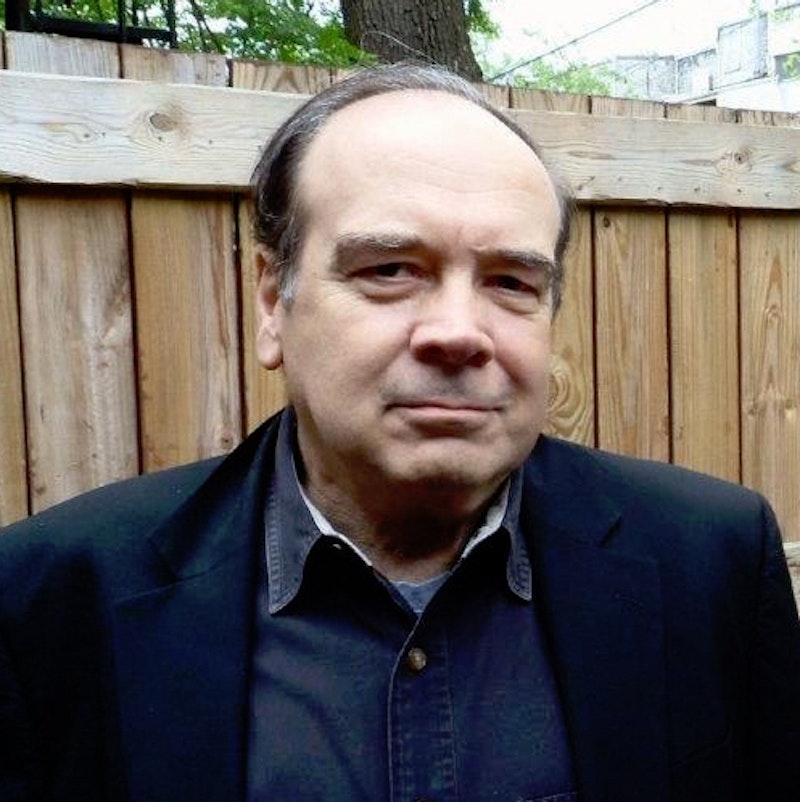 This isn’t an uncommon memory: when I was a kid in the 1960s, there were always six or seven newspapers scattered around the house every day—The Herald Tribune (counterpart to The New York Times), my dad’s favorite, was grudgingly replaced by the then-liberal New York Post when the former folded in 1966—and my parents, brothers and I took turns at flipping them around, different sections prioritized, the funnies and sports for me, stock tables for Dad, film, food and music reviews for others. The Daily News, Wall Street Journal, Newsday, Long Island Press (and for its brief run, The Suffolk Sun) filled out the roster.

One morning in 1964, my father, at the kitchen table eating his scroungy breakfast of scrambled eggs, burnt bacon, coffee and orange juice made from a frozen concentrate, said to the three or four of us present, “If you look at James Reston [famous Times columnist who had the ear of JFK and LBJ, and once acceded to Mr. Camelot’s request that his paper hold a story], and I do, save time and just read the opening and closing paragraphs. The rest is filler.” That stuck with me, as the same can be said of today’s Times pundits Ross Douthat and Paul Krugman, just to pick two who can’t sustain a thread for 800 words. (I’ll note that David Brooks doesn’t fall into that category: when I read his column on occasion, it’s a marvel how rapidly he descends into the quicksand of self-abasement, and that’s worth a complete scan.)

My mother was an enthusiastic reader—periodicals, Book of the Month Club titles (she’s one of the few people I knew who read Mario Puzo’s The Godfather before it was a film), James Michener snoozers, biographies and short stories. A mixture of trash and quality fiction: she was indiscriminate and loved reading. On Wednesday or Thursday, though, the weekly Long Islander (founded by Walt Whitman in our hometown of Huntington, NY in 1838) arrived in the mail and she zeroed in on the obituaries. She was 50 in 1967, and as a quizzical 12-year-old I asked her why the narrow focus. “Roovie [her nickname for me, the youngest of five boys], I look in trepidation to see if anyone I know has died. When you get older you’ll probably do the same.”

As it happens, even though I’m past 50, I don’t follow suit on the obit front; if a good friend, past or present, dies, I’ll hear about it from the family or mutual friends, and as for famous people, that kind of news is now blasted on social media. However, in mid-August I was saddened to read an essay in The American Conservative by Curt Mills, about the death of Mark Perry, 70, a prolific author and TV talk show guest, who spent the second half of his too-short life writing about the military and foreign policy. It was a heartfelt tribute by Millennial Mills, who considered Mark a mentor, and if the prose is somewhat hyperbolic, that’s understandable, since he was caught flat-footed, saying, “This is not the piece I wanted to write this weekend.”

It filled in a lot of gaps for me, since I knew, and liked very much, Mark Perry during our close association in the early- to mid-1980s, when he was a writer for and then editor of The Washington City Paper, a weekly that Alan Hirsch and I started in 1981 and not long after sold a controlling interest to The Chicago Reader, a partnership that was fruitful for both parties. Aside from financing the paper, the Reader took a hands-off approach to the editorial side, and every Wednesday, a number of D.C. staff members came to Baltimore to oversee the production of the current edition. Mills says in his story that Mark once told him that when he began writing for CP he wasn’t paid anything and he didn’t care; a good war story, but not true, even if the pay was peanuts.

In any case, after I bagged an egomaniac editor at the paper (who ticked off art director Michael Gentile no end by eating smelly liverwurst sandwiches), I chose Mark to take his place in 1983. It wasn’t a typical proprietor/editor relationship; even though I often disagreed with Mark’s choices of stories, and on occasion, spiked a few, he was hard-working, determined to put the paper on the map in DC (which eventually occurred) and perhaps most importantly to me, always a lot of fun to hang out with. Mark was rarely in a bad mood—and, a Tigers fan, was insufferable in 1984 when Detroit went wire-to-wire, starting off 35-5, ending the Red Sox season by May—and his dry wit kept Gentile and the employees who pasted up the paper in stitches even on deadline. (Made tense by Mark’s prevarication on headlines and last-minute additions, which the production staff chafed at.)

Two days before Thanksgiving in 1983, I was in the production room and on the phone to my landlord, arguing about the conked-out stove in my apartment—I was preparing that Thursday’s meal for visiting relatives, and was justifiably agitated—and although I didn’t lose my temper often, got into a shouting match with the landlord, whom I thought was dragging his heels. “Just get that fucking stove fixed, man, or you can forget about next month’s rent,” and the older man, an absentee owner who really was a good guy and didn’t gouge tenants, returned the volley with an obscenity-strewn rant of his own. Phone call over, Mark sidled up to me, and deadpanned, “Well done, Russ. That stove will get fixed—next year.” He calmed me down, I apologized to the landlord a half hour later, and what do you know, by that evening the appliance was in tip-top shape.

Mark enjoyed his weekly visits to Baltimore, became friends with our staff, and when the paper was finished, he joined many of us for drinks at The Brass Elephant, at that time one of the city’s best restaurants. He’d hold court, doted on by assistant editors, and usually remained long after the rest of us had filed out. One particularly raucous day, there was an incident: after several drinks (diplomacy here), Mark and one or two others, in a laughing fit, fell backwards and busted a not-inexpensive window, which wasn’t appreciated by the bartender. The next day, Phyllis Orrick and I sheepishly went in and paid for the damage; typically, when Mark heard about that, he reimbursed us.

A static newspaper isn’t usually a good one, and in the summer of 1985, I decided to let Mark go, dissatisfied with his editorial direction, and this came after several heated discussions that spring. Mark was a pro, said he appreciated the opportunity, as well as our friendship, and offered to assist with finding his replacement. I’m sure his assessment was more barbed with his wife and associates later that day, but he wasn’t vindictive.

The last time I saw Mark Perry was in 1992, in Manhattan, when I was running New York Press. At six one evening, he walked in our Puck Building offices, asked someone where I was, and we met again. It was a cool occasion, as cool as Mark looked that night: shades, fancy duds, and an exuberant air that gave off the whiff of the success he’d recently enjoyed. We talked for a long time, and he asked if he could write a story for NYP about the Middle East. I quickly agreed, though when it was delivered a month later, I rejected it, put off by the anti-Semitism. I offered a kill fee, but he’d would have none of that, and we corresponded periodically through the 1990s. And then lost touch.

According to the above-cited Curt Mills, Mark was larger-than-life right up to his death in August. He was serious, had a lot of friends, married with two kids, and put his stamp on a corner of journalism. As I noted, unlike my mom, I don’t read the obit pages (or digital equivalent), but running into the news of Mark’s passing—born in 1950—wasn’t, unlike Mark, at all fun.