The Cult Of Diversity: An Ideology Without Foundation 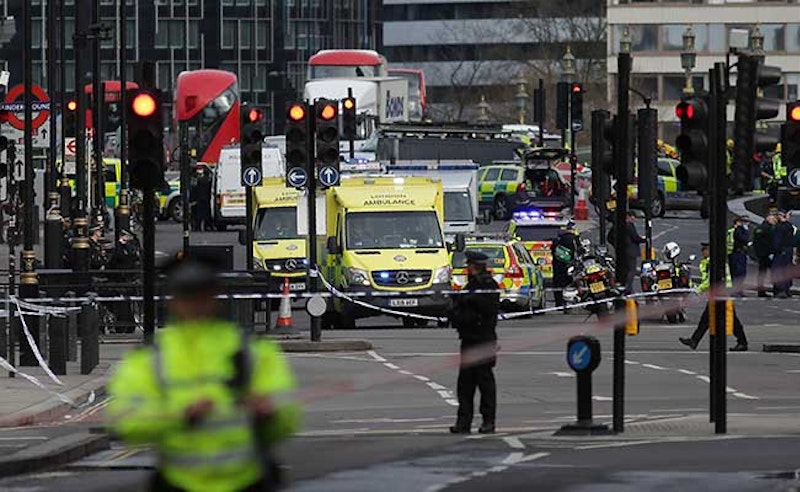 George Eaton, political editor at the New Statesman, was so moved by Wednesday's terrorist incident in Westminster that he tweeted, “A snapshot of London's magnificent diversity in those injured: French, Romanian, Korean, German, Polish, Irish, Chinese, US, Italian, Greek.” I'm not sure if Eaton realized that 14 of those injured were tourists, but what's striking is that he's so obsessed with diversity that even casualties on the ground prompted him to celebrate the cultural mosaic he envisions as the apotheosis of a society. In fact, Khalid Masood, the perpetrator, also represents diversity, but the writer didn't mention that. Like religion, diversity's backers promote the strengths while ignoring the weaknesses.

Eaton’s macabre observation is an example of the fetishization of diversity on the political left. “Our diversity is our strength” is a liberal mantra repeated mindlessly, often as a poor substitute for a reasoned argument. Diversity’s just a fact. The call for diversity could work to consistently strengthen society if it included an insistence on immigrants leaving the negative aspects of their culture at home. Importing only strengths guarantees a net positive societal gain, but the diversity crowd welcomes every aspect of all cultures.

Diversity pushers want their “marginalized groups” to live separately in tribes whose cultures belong exclusively to themselves. Diversity’s seen as such a virtue on the left that people compete to attain its perfection, just as intersectionality's adherents vie amongst themselves to achieve maximum victimhood. Last year, the University of Arizona had narrowed the job search for chief diversity officer down to two candidates, but then decided to hire both of them at salaries higher than their predecessor had received. University officials said that both candidates were so strong that they just couldn't just take one. Try to imagine another job a university would say such a thing about. How can the average student possibly benefit from two fulltime diversity czars making a total of $429,000 (the median salary for a chief diversity officer is $165,000) when that money could be used in so many other ways to improve their campus experience?

Diversity has become a cult whose orthodoxies may not be questioned. But where did it come from? It has no charismatic leader, nor is it moored in academic studies or philosophy. It’s more or less emerged over time from the absurd culture of political correctness on college campuses. Views with no factual basis became axiomatic, slowly forging a worldview that was to be celebrated for reasons mostly unknown. That's how faith works.

The diversity craze is a fad. It's a bumper sticker slogan made for the back of a Volvo. Its real purpose is to assuage liberal guilt over past iniquities visited on marginalized groups. Robert Putnam is a liberal academic and author of Bowling Alone, an examination of declining civic engagement in the U.S. He conducted a study of diversity and found that the degree of diversity in a community is inversely proportional to voting, volunteering, donating to charity, and working on community projects. He discovered a lack of trust among members of diverse communities.

It's not that diversity won't have long-term benefits for a nation. Putnam isn't making the case to seal the borders like the Trumpists are. He recognizes the positives immigrants can bring with them while also seeing some of the issues diversity produces, providing a refreshing alternative to all the jingoism. Putnam’s study found that in diverse communities, blacks even trust blacks less. His research revealed that diversity, while not necessarily provoking hostility, produces a withdrawal from the fabric of society, like a turtle going into its shell.

Diversity as an ideology is the creation of white, educated people who are cloistered from its downsides where they live. You don't hear black people in their communities talking about how diversity makes them stronger. Donald Trump as president isn't a sign of national health. Putting more emphasis into cohesion, instead of diversity, would be a positive step for an ailing nation. In the age of post-truth politics, communication is emotion-based. Talking points defeat facts now as we slide towards the abyss where words mean very little. Hard-selling diversity just exacerbates an already dire situation where we're balkanized into separate tribes.