The Complexities of Modern Feminism

Despite its flaws, we still need feminism. 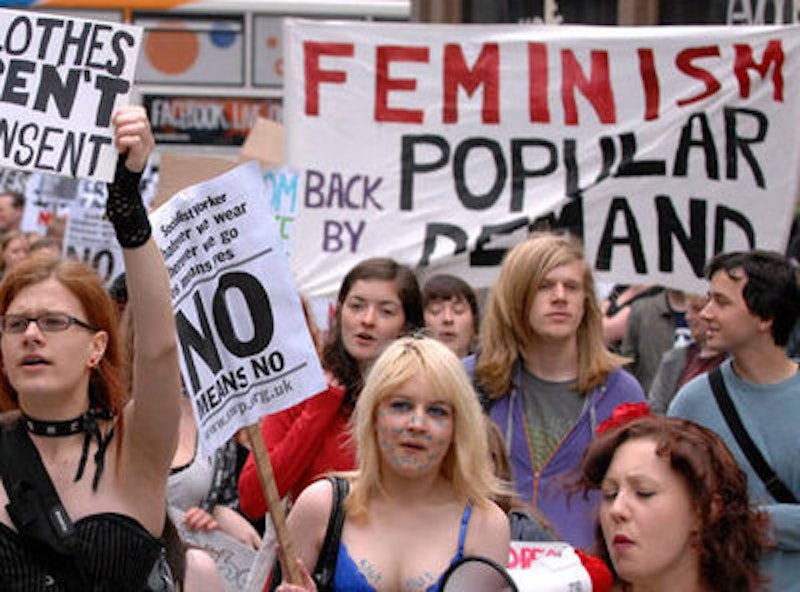 Earlier this week, Chris Beck wrote an article for Splice Today praising “equity feminist” Christina Hoff Sommers as the antidote to modern “agenda-driven” feminism. He says that today’s “gender feminists” are obsessed with patriarchy, and they viciously attack anyone who disagrees with them. Sommers’ brand of feminism, on the other hand, is a better option because, according to Beck, it acknowledges “women don’t all share a common vision and should be free to express themselves as they wish.” While both Sommers and Beck bring up valid points, the truth is feminism is a lot more complicated than both describe it. In fact, as a feminist myself, I believe the “gender feminists” vs. “equity feminists” dichotomy is a false one because neither side tells the whole story.

For example, a few weeks ago on International Women’s Day, conservative website Prager University released a video where Sommers explains why the “women make 77 cents to the dollar men make” is wrong. She explains that the average earnings women make don’t always add up to 77 cents, and that this earnings gap is caused by job choices, not bosses deliberately paying women less money. While this is true, Sommers overlooks an important factor: societal hurtles. In 2013, Hanna Rosin briefly mentioned a “deeper, more systemic discrimination of inadequate family-leave policies and childcare options, of women defaulting to being the caretakers” that plays a part in the gap, and more recently Stephanie Zvan went into deeper details about social pressures women face in the workplace, including being told they shouldn’t pursue their dream jobs, not finding mentors, not receiving credit for their ideas, and not receiving enough money for research in STEM fields. In sum, it’s a complex issue that both sides get wrong.

Another common criticism I hear is that third-wave feminism is all about misandry, trigger warnings, and safe spaces. Contrary to popular belief, third-wave feminism is not a list of stagnant beliefs, but more like “several diverse strains of feminist activity and study” and “an ‘individual movement’ in the sense that its purpose includes redefining what it is to be a feminist.” Kelsey Lueptow of Everyday Feminism summarizes third-wave feminism in five points: spreading knowledge, deconstructing language (i.e. how language perpetuates tired old sexist stereotypes), listening to marginalized voices, taking an intersectional approach (e.g. being a black woman in America is a very different experience than being a white woman), and creating equal opportunities. These five points are the guiding principles to my feminism and secular humanism. As the Humanist Manifesto III says, humanists “are committed to treating each person as having inherent worth and dignity, and to making informed choices in a context of freedom consonant with responsibility.” And to me, that involves listening to marginalized people’s stories, affirming them, and working towards their liberation using facts, reason, and compassion.

Modern feminism has its problems. As I mentioned in a previous article, there are some on the Left who try to silence ex-Muslims like Maryam Namazie and Sarah Haider in order not to be “Islamophobic” (a problematic term because it equates criticizing Islamic doctrine with discriminating against Muslims). While I support Muslim women choosing to wear the hijab, I’m also against forcing them to do so, and we need to remind people this is still going on. (Yes, Christianity is also misogynistic, but I don’t see a lot of ex-Christians being silenced.) Also, there’s a lot of controversy over “call out culture,” where there’s a thin line between telling someone they’re wrong and bullying someone for being wrong. If feminism wants to progress, it needs to address these issues.

Despite its flaws, we still need feminism, especially in the Trump era. We need to debunk sexist ideas that paint woman as inferior to men, and give women full agency over their lives. If anyone has more questions about feminism, I’d be happy to address them. Just don’t strawman me and say, “So you’re fine with killing men?”