'Tis the season for giving responsibly. 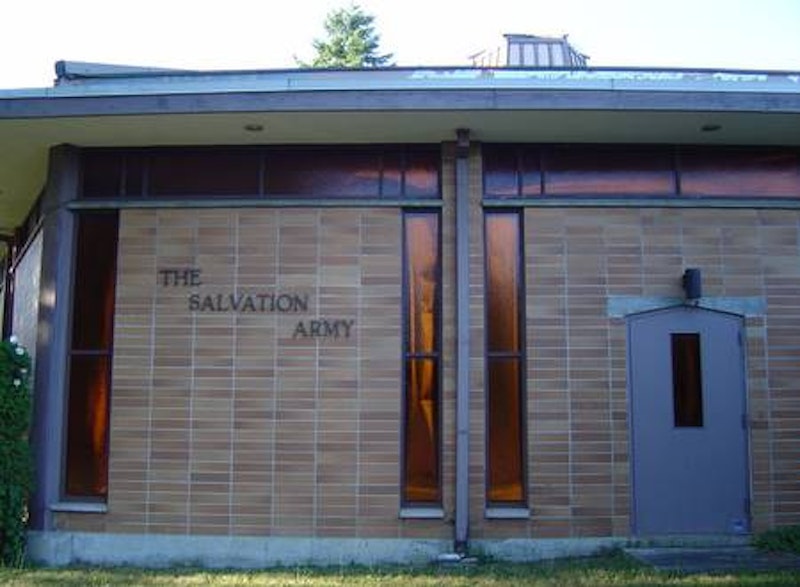 Go to any mall or big box store this time of year and you’ll see one—a smiling man or woman ringing a bell and standing next to a red kettle emblazoned with the logo of the Salvation Army. It's become as much a part of the holiday shopping experience as the carols, decorations and crowds. In fact, there is probably no other charitable organization as closely associated with Christmas than the Salvation Army. But even though I feel like a grinch, I pass by without dropping anything into their bucket because I just can't do it in good conscience.

It's not just because they are an evangelical Christian organization—although, as an atheist, that is enough to give me pause—but also because SA lets its ideology get in the way of helping people. They have notoriously discriminated against gays and lesbians, even going as far as to threaten to close soup kitchens serving tens of thousands of homeless in New York if the city forced them to extend benefits to same-sex partners. This year, they are already in trouble for trashing donated Harry Potter and Twilight toys rather than passing them on to another charity because they promote “black magic.”

Yes, the Salvation Army does a lot of good work and is known for funneling an astounding 89 cents on the dollar to recipients, but donors should remember that other 11 cents is used to fund an organizational structure that treats gays differently and to pay the salaries of lobbyists fighting gay rights legislation. If that doesn't sit right with you, let your wallet do the talking and give to more inclusive organizations providing the same services.

If you'd like your money to go toward helping the homeless, one place to start is by researching homeless shelters in your area with non-discrimination policies and giving to them directly. They are usually happy to take the old clothes you might have donated to the Salvation Army as well.

On the national level, you can give to the National Coalition for the Homeless, which engages in public education, policy advocacy, and grassroots organizing to end homelessness. They are particularly sensitive to the issues LGBT people face when experiencing homelessness. Habitat for Humanity, although a Christian organization, has also been supportive of gay rights issues in the past and has a policy of non-discrimination for both volunteers and recipients.

Salvation Army soup kitchens are not the only game in town either, so consider donating your time and money to a local soup kitchen or food bank. They often need extra help around the holidays to keep up with increased demand, particularly this year as people's jobless benefits expire. An excellent organization working to combat hunger at the national level is Feeding America.

If it's the Salvation Army's disaster relief efforts that motivate you to give, consider donating to AmeriCares instead, which provides disaster relief and medical outreach all over the world, regardless of race, creed or politics. They even operate free clinics in the US for the uninsured. Most impressively, they are able to keep their overhead extremely low so that 99 percent of the money they receive goes toward program expenses.

Wherever you choose to donate this holiday season, be sure that the organization represents the your ideals in all things. Always read their mission statements and non-discrimination policies, and use independent evaluation sites like Charity Navigator to find out if they are financially responsible.