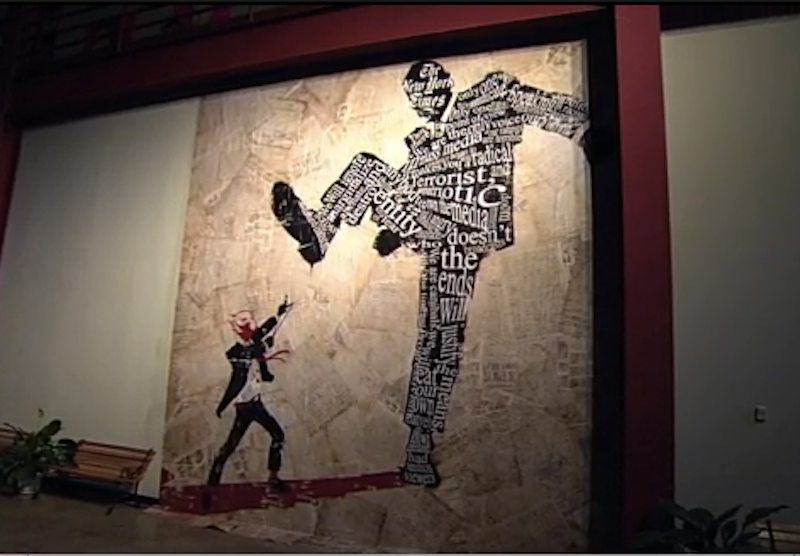 A libertarian is a conservative who has been mugged by a cop.

No, see, I immediately have to take that back, since likening libertarianism to any other philosophy immediately sets off hair-trigger defenses, which seem to be growing more sensitive with each passing day, as though we’re fast approaching some sort of singularity of political outrage.

Libertarianism (about which I have a book released today, Libertarianism for Beginners) grew out of classical liberalism, back when liberalism focused on free markets and individualism and keeping government small. As liberalism mutated over the course of the 20th century into a mild form of socialism, conservatism responded by becoming the most influential pro-market faction—but conservatism had authoritarian tendencies of its own. Libertarianism had to arise to defend individual liberty against government across the board, in the personal and economic realms, whether against left or right.

I worry that the 21st century is seeing such rapid social, political, and technological change that even that broad-strokes explanation will soon sound like ancient history, though. Given the way the Democrats, Republicans, and various foreign regimes are going, maybe within a generation everyone will be fighting over the relative merits of socialism, fascism, and Islam—and history students will struggle to discern what the subtler differences were between the mild creeds known as liberalism, conservatism, and libertarianism.

I hate to speed that process along, but I already find myself wanting some term that lumps those last three together as ideological cousins for analytical purposes. “Bourgeois philosophy,” perhaps? Would that phrasing give too much encouragement to the socialists? I worry, based on long experience, that most people are just waiting for something, anything, they can use to condemn your philosophy through guilt by association instead of through detailed analysis. You may want to fight against bad arguments, but they secretly want to re-fight childhood battles with their mean alcoholic uncle who used to praise Calvin Coolidge.

So it is better, I’ve come to think, to be as clear and precise as a radical can be instead of just lumping yourself in casually with a broader coalition. Better to be attacked for what you actually believe than for what your cousin three times removed believes. In the interests of being radically clear, then, libertarians believe in individual liberty, property rights adherence, and shrinking or eliminating government, and at the very least fighting to keep it within strict constitutional limits.

So-called “anarcho-capitalist” libertarians like me would go farther and eliminate the whole institution, as explained in greater detail in one chapter of my book.

If I just leave the matter there, though, I’ll once again risk being misunderstood as endorsing all sorts of things said by people who merely vaguely resemble my ideological kin. So, for instance, if I say Obama is bad, many take that as an endorsement of Dick Cheney. But turning our gaze away from libertarians-in-general for a moment, maybe explaining bits of my own broader philosophy would help reassure people I’m not just trying to conceal some predictable leftist or rightist agenda in new-fangled garb.

For those keeping track, a few of my other radical views, then.

As Obama would say, let me be perfectly clear: I think nature itself, for starters, is evil—it has produced living things instinctively prone to parasitism and cowardice and thus prone to both violence and groupthink. I see government and religion, too, as forms of violence and groupthink (government heavier on the violence, religion heavier on the groupthink, but each institution containing elements of both those bad habits). All government and religion should end. Obama is wrong, but so is Cheney and virtually every other American politician. And the Pope. And Mao Tse-Tung. At times, even libertarian economists Friedrich Hayek and Milton Friedman. Also Ayn Rand. I also think sports is a mistake. I predict robots will replace us all within a century.

Now, I may not get the chance to go into that much depth on each of these topics every time I get into some online spat, especially now that the book is out. Please remember if you can, though—especially if you are tempted to call me a typical “conservative” or something like that—that these are a few of the broad strokes of the big picture I see. It’s a beginning.