It’s up to us to stop spending our money with these traitors and build better systems. 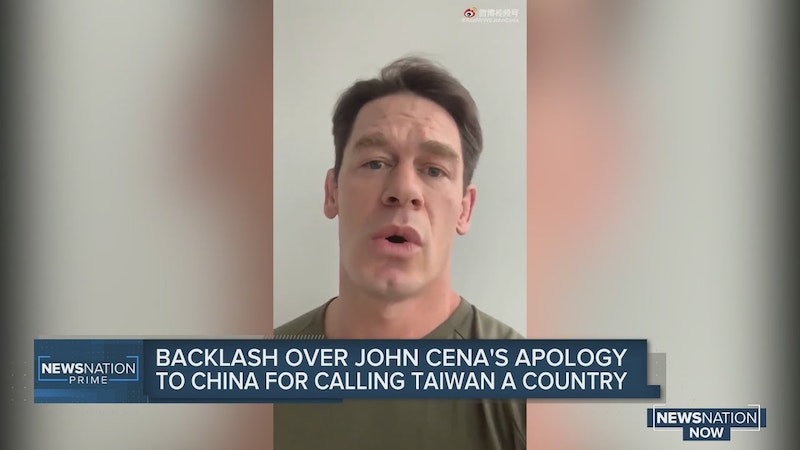 Every American multinational corporation or celebrity should be treated as if bought out by the Chinese Communist Party until proven otherwise.

Ways to illustrate this would consist of condemning CCP misdeeds like the Uighurs slave camps, slave labor used at many factories these corporations use, or their support of the North Korean dictatorship.

Domestically, these brands would have to become obnoxiously pro-America and utilize winning American messages. They’ll have to disavow everything woke, the entire religion they’ve been following in recent years at the behest of the mob and, likely, the CCP as well, which is now putting out their own critical race theory propaganda to give you an idea whose purposes the woke activists serve.

To simplify this, let’s get to the sources to clarify what’s going on. Wokeism is CCP. Masks are CCP. CRT is CCP. BLM is CCP. Different rules for vaxxed and unvaxxed is CCP. Anything that’s a widespread message among people who do business in China, unproductive, and divisive towards the American citizenry is CCP.

Being woke is required to do business in China.  This is true across legacy media outlets, Hollywood, the professional sports leagues, the many corporations who have outsourced production to China and others whose financial futures are reliant on being able to move their business into the growing Chinese market. What’s happened is that, like the strategy slave owner Willie Lynch laid out in a 1712 speech in Virginia, the slave owners are trying to get the slaves to fight with each other, so they never join together to revolt against the slave owner.

We’re fresh from the Biden Administration botching our military departure of Afghanistan, leaving behind $85 billion worth of equipment for a Taliban that has already declared China as its closest ally. All of that high tech military equipment we left behind will now be copied and mass produced by our greatest enemy.

China now moves into Afghanistan to mine the lithium that will make the “green” cars that the Democratic Party will continue to push on us through rhetoric and bills that work to restrict gas-powered travel through taxation or other hidden costs. The CCP will also now control 95 percent of the world’s heroin, but the conditions of our surrender of that military equipment and the country likely means the CIA will likely still be involved.

This will also make it easier to mass-produce heroin laced with fentanyl to take out American addicts as the CCP floods the Southern border via their relationships with Mexican drug cartels. Joe Biden is working for someone and it’s not America. He works for the CCP-aligned global establishment, which is tied into Wall Street, hence why Kamala Harris will soon be president. She was the choice of Wall Street because she’s prostituted herself ever since her days as a 29-year-old mistress for the much older Willie Brown.

China has economic influence over “American” corporations in two ways. Either via direct cash or credit as many of our institutions are heavily reliant on Chinese money. In Hollywood, many movies are backed by Chinese investors and financed by Chinese banking institutions. The second way is via future dollars as a function of doing business in or with China, which, I believe, is part of the wokeism game. The best example of this comes from Hollywood in the form of John Cena’s Mandarin apology for acknowledging Taiwan as a country. Cena had to apologize for the CCP to allow F9 (Fast and the Furious 9) to become the most profitable non-Marvel superhero flick in China since Jurassic World: Fallen Kingdom in the summer of 2018.

It’s up to us to stop spending our money with these traitors and build better systems. We’re America. If we’ve done it once, we can do it again. We just lack the kind of leadership to mobilize us on this mission and, clearly, Joe Biden won’t be that guy.