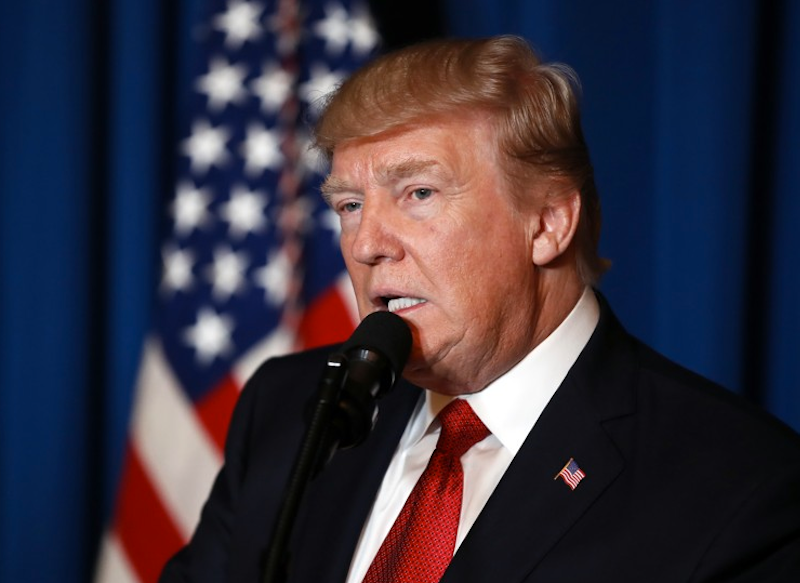 Once again, the United States is at war in the Middle East. The targets change slightly—Iraq, Libya, and Yemen—as do the rationales. But throughout my lifetime, the script has been more or less the same. In the name of peace and security, the planes fly, the bombs fall, people somewhere in the distance die as we cheer ourselves on for our humanity. Wait a few months, or at most a year, and then do it again.

The repetition is numbing, but it's also instructive. It's clear that the default foreign policy of the United States in the Middle East is war. And it's also clear that the anti-war movement has failed, over decades, to change things.

The anti-war left's conduct in the last election is an egregious, but not unusual, example of its strategic bankruptcy. Many anti-war activists and writers loathe Hillary Clinton for her Senate Iraq War vote in 2003 and bloody Libya policies as Secretary of State. In contrast, Donald Trump, who had never held political office, had never been involved in imperial actions. So anti-war advocates convinced themselves that maybe he’d be better. Glenn Greenwald strung together a bunch of Trump's incoherent foreign policy statements and convinced himself that Trump had a "non-interventionist" mindset. Greenwald has, pitifully, claimed that Trump's decision to bomb Syria is a reversal, when the truth is that Greenwald just got rolled.

Greenwald's error in judgment was indicative. Anti-war partisans tend to approach elections by labeling one candidate as an evil imperialist baby killer, and touting that candidate's opponent as a hero who will single-handedly end American violence once and for all. In 2008, Clinton and John McCain were the forces of darkness, and Obama was the peace candidate—a peace candidate who then went on to ramp up drone strikes and invade Libya. This last cycle, Clinton was the bugaboo, and every time one of the neocon enemies like Max Boot or David Frum spoke up on her behalf, it was taken as another sign of her iniquity. Anti-war forces touted Bernie Sanders as the One who would save us from imperialism, even though foreign policy was never central to his campaign, and there's little sign that he cares or knows much about it. When Sanders was defeated, people like Greenwald tried to convince themselves halfheartedly that Trump was a sort of peace candidate—or at least someone who would alter foreign policy priorities mildly for the better.

I haven't been immune. In 2012, Atlantic libertarian anti-war writer Conor Friedersdorf posted a series of impassioned articles about the horrors of Obama's drone war. I was convinced that Obama's war policy was insupportable, so I didn't support it. Since I'm in Illinois, where the election was not in doubt, I voted third party as a protest.  What good that did, I don't know. If Romney had won (despite Illinois), we almost certainly would’ve gotten more war, not less.

The problem is that anti-war rhetoric and arguments tend to be centered on individuals. We talk about Obama's evil drone war, how Hillary is hawkish, or whether Trump or Sanders are anti-interventionists. It's an understandable focus; military intervention kills people in horrible ways, and those who order it deserve to be held morally accountable. And presidents and those in power make a big show of deciding whether to use military action.

But in terms of actually reducing violence, the obsession with personalities is a hindrance. Again, we've been at war in the Middle East for just about ever. Arguably the current round of intervention started with George HW Bush, and ran unchecked through Clinton, W, Obama, and now Trump. That's five presidents from both parties, including one guy who has few ties to traditional networks. But the overarching pro-war consensus hasn't changed. W was more incompetent, Obama arguably somewhat less interventionist, but the basic philosophy remains: intervene for humanitarian reasons, or strategic reasons, or just for the hell of it.

But whatever the cause, demonizing individual politicians and sanctifying others is not a winning strategy. Condemning those who support a candidate you hate as baby killers isn't effective, either. The military industrial complex likes war. It will continue to like war no matter what individual is plugged into it. No dove from heaven is going to save us—no, not even Bernie Sanders. Not even Rand Paul.

So what's the alternative? I wish I knew. Watching people like Chuck Schumer and Clinton come out in favor of Trump's bombing campaign is disheartening. There’s simply no political space, in either party, to buck the pro-war consensus. It's no wonder people look for unlikely miraculous saviors.