The burden’s on the unemployed. 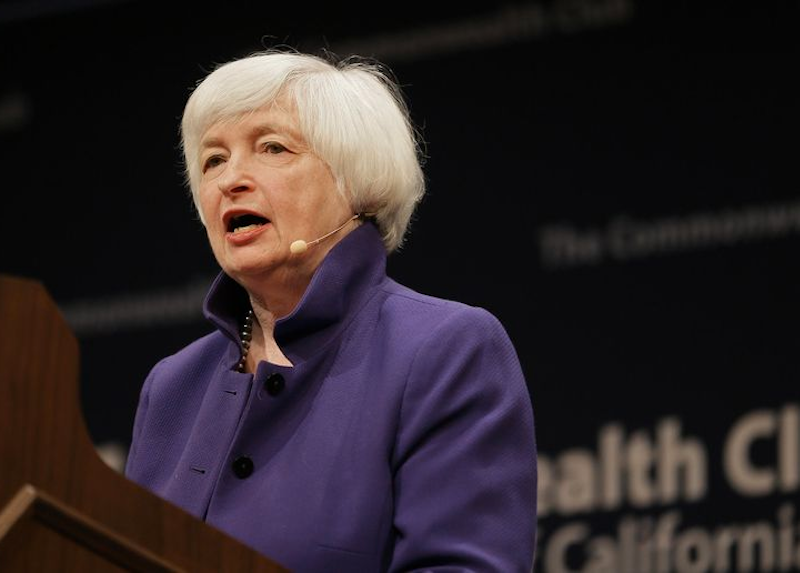 Now that inflation’s finally edging up towards the Fed’s target interest rate of two percent, there's plenty of speculation about Federal Reserve Chair Janet Yellen’s planned series of interest rate hikes to keep the economy from overheating. Plenty of observers don't buy this ultra-conservative approach. They feel that the Fed should be more laissez faire to allow for further recovery. The economy's been stalled for a long time now, and a hands-off approach could make up for some of the accumulated damage tied to the 2007-2008 collapse. If two-percent inflation is the maximum the Fed will allow, then perhaps at least shooting for it as an average over time makes more sense than making it a hard threshold.

Exactly why the Fed must cap inflation at two percent isn't something you'll hear much about outside the business media, although it's an issue with serious impact on millions of lives. It's something repeated so much that people have come to accept it as axiomatic. The two-percent threshold is a product of the long-standing economic orthodoxy known as NAIRU—non-accelerating inflation rate of unemployment. Under NAIRU, when inflation goes that “high,” accelerating inflation (prices rising on a month-to-month basis) supposedly kicks in, releasing a virus into the economy. Essentially, individual Americans seeking employment are expected to shoulder the burden of maintaining a target that's not even fundamentally sound.

Most economists can’t adequately explain that two-percent figure. It's similar to all the people believing you can see the Great Wall of China from space—widely accepted but untrue. The Fed has a dual mandate to aim for maximum employment and stable prices, yet it often appears to be more concerned with the latter of the two, whatever the cost may be.

The conventional belief is that the NAIRU (“ideal”) unemployment rate is currently around 4.9 percent. In other words, the maximum employment rate is 95.1 percent. One way to look at it is that, since Reagan and Thatcher introduced neoliberalism in the '80s, government has abdicated any responsibility to ensure there are enough jobs for its citizens, so it just redefined full employment as the NAIRU rate. Labor unions lost much of their clout at this time, making this an easier task. One of the oldest political tricks in the book is to claim success by changing the rules and hoping nobody notices.

There's no real way to identify what's also known as the “natural unemployment rate” because variables change. Demographics have shifted and demand has dropped since 2007-2008, so it's logical that NAIRU is lower than it once was, meaning fewer must be unemployed. How low depends on whom you ask. If it's the Center for Economic and Policy Research, a left-leaning think tank, it's well below five percent. CEPR correctly points out that the relationship between unemployment and inflation is theoretically weak and that NAIRU has been dropping for years now.

NAIRU is based on the Phillips Curve economic theory (from a 1958 paper by economist William Phillips) that postulates an inverse relationship between the level of unemployment and the rate of inflation. While the single-equation empirical model may have been useful in the past, it's becoming increasingly clear that it’s no longer sophisticated enough to be of much use in 2017. In 1994, unemployment was at 6.1 percent, the point where inflation had started to spike in the late '80s. Yet inflation didn't happen then, or in 1996, when unemployment was as low as it had been in the '80s. In 1999, with unemployment at 4.2 percent, inflation was at 1.5 percent.

The CEPR points to the 2016 Economic Report of the President, which contains a regression analysis measuring inflation's change against unemployment over the last 20 years that indicates NAIRU is now four percent. CEPR claims that the inflation/unemployment relationship is so tenuous that a NAIRU of zero percent unemployment is “within the 95 percent confidence interval.” Maybe we don't need all these people not to have jobs to save the economy from the ravages of inflation.

In addition to not supplying any information on why NAIRU is no longer reliable, the media fails to explain the human toll exacted by using unemployment as a buffer against inflation. Unemployment drives people to suicide and substance abuse. It's associated with a host of other problems, including mental health problems, and causes serious damage to entire families. If its constituency really is the American people, it's time for the Fed to turn to more modern models to fulfill its mandate. NAIRU’s mainly aimed at the investor class.