The American Dream on Life Support

Comparisons to post-Soviet Russia, pessimism among the young are not good signs. 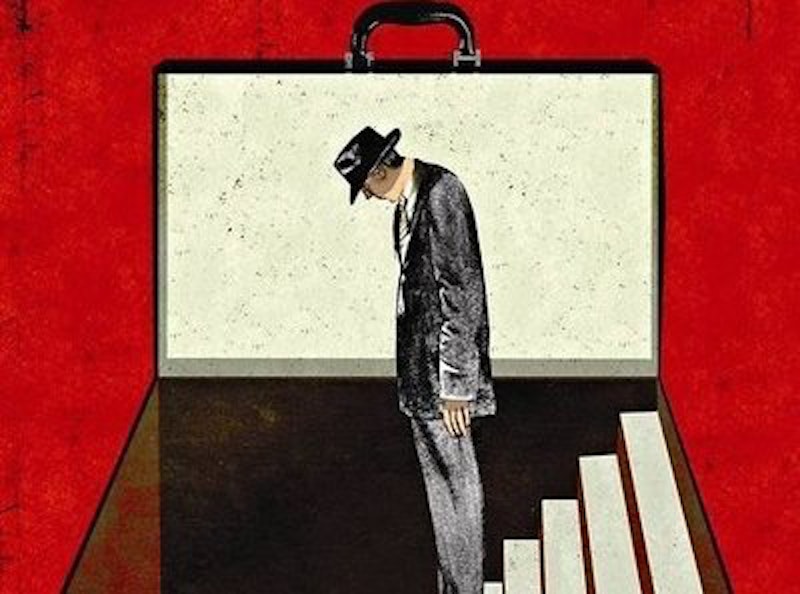 I just read another article on the American Dream’s death, in Bloomberg, reporting that a new Harvard poll reveals that nearly half of the American population between the ages 18 and 29 thinks it's more "dead than alive." The same survey showed that more of today's young Democrats support Bernie Sanders over Hillary Clinton, hardly a surprise for a generation alienated from the "business as usual" approach from politicians.

Nowadays this collective, unifying dream is running out of steam. How else to account for the rise of Donald Trump as a presidential candidate? In better times, he'd be out of the race by now, sunk by his xenophobia and blustery rhetoric. But many Americans are consumed with fear and worn out, making them susceptible to Trump's demagoguery and right-wing populism. They want a "strong" leader who can get things done, and see the celebrity's candor as the antidote to the standard double-speak from politicians. Trump's slogan, "Make America great again," could easily be "Bring back the American Dream.”

Arthur Miller's Death of A Salesman tells the story of one family's failed pursuit of the American Dream. Its protagonist, Willy Loman, isn’t equipped for it. Many Trump supporters are contemporary Willy Lomans—white men who’ve seen their earning power eroded for decades in a country where you now need a college degree to make it. Looking for a scapegoat, they mistakenly blame Mexicans and other immigrants.

Hunter S. Thompson used to type out pages of Fitzgerald’s The Great Gatsby just to get the feel of writing a great novel, and he probably noticed himself in one its characters, Nick Carraway. Carraway didn’t participate in the American Dream as Gatsby did. He lived by his own code, which ultimately left him alienated by the shallowness of the social set attending Gatsby's grand weekend parties in West Egg.

Thompson also lived by his own code. Thompson's vision of the American Dream deviated from the standard Horatio Alger version where, if you work hard enough, you can succeed, regardless of where you came from. Thompson believed that the American Dream had been hijacked by corruption and greed. In Fear and Loathing In Las Vegas, he used Vegas as an example of the original ethos of hard work being replaced by cheap hustling and the gambler's mentality of getting something for nothing. All you needed to make it in Vegas, which he despised, was luck or a willingness to do whatever it takes to make it.

Las Vegas was a warped version of the American Dream, according to Thompson, who would’ve found something similar, in a slightly different package, had he gone to Wall Street. This quote, from The Great Shark Hunt: Strange Tales From A Strange Time, expresses his jaundiced point of view: "In a nation ruled by swine, all pigs are upward-mobile—and the rest of us are fucked until we can put our acts together: Not necessarily to Win, but mainly to keep from Losing Completely."

Thompson believed that the American Dream died at some point in the 70s, but four decades later it's no longer an abstract concept. A certain group of Americans are dying, and way too young. White people between the ages of 45 and 54 without a college education are dying at an alarming rate, according to a study done by two Princeton economics professors, Angus Deaton, the 2015 Nobel laureate in economics, and Anne Case. Drugs, alcohol, and suicide are killing them; a phenomenon reflected in a mortality rate whose only recent precedent for an advanced nation is Russia after the fall of the Soviet Union.

The American Dream has been declared dead many times, but it's an enduring concept that’s hard to dislodge from the optimistic American mind. But it's no longer capturing the faith of the younger generation, nor of the working class excluded from participation in the global economy and tech revolution. All the money's at the top now, and it's staying there. Wall Street makes big bets whose risk is covered by the taxpayers. Unions have been demonized and gradually phased out since the Reagan era. A 40-hour work week at minimum wage isn't enough to live on. The One Percenters have won, leaving many with dreams limited to hoping some of their cash trickles down to them. Millions of people have given up, because they know they’re fucked.

Inequality is breeding more inequality. It's a story about paychecks, marriage, and homework. It's not clear why the top one percent have pulled so far away from everyone else, but there's a long list of suspects. Technology has let winners take most of the lucre in fields like music; globalization and the decline of unions have left labor with far less leverage and share of income; and falling top-end tax rates have exacerbated it all. But high-earners aren't just making more today; they're also marrying each other more. It's what economists romantically call "assortive mating"—and Christine Schwartz, a professor of sociology at the University of Wisconsin, estimates inequality would be 25 to 30 percent lower if not for it.