Frank Luntz Gets Amazed All Over Again 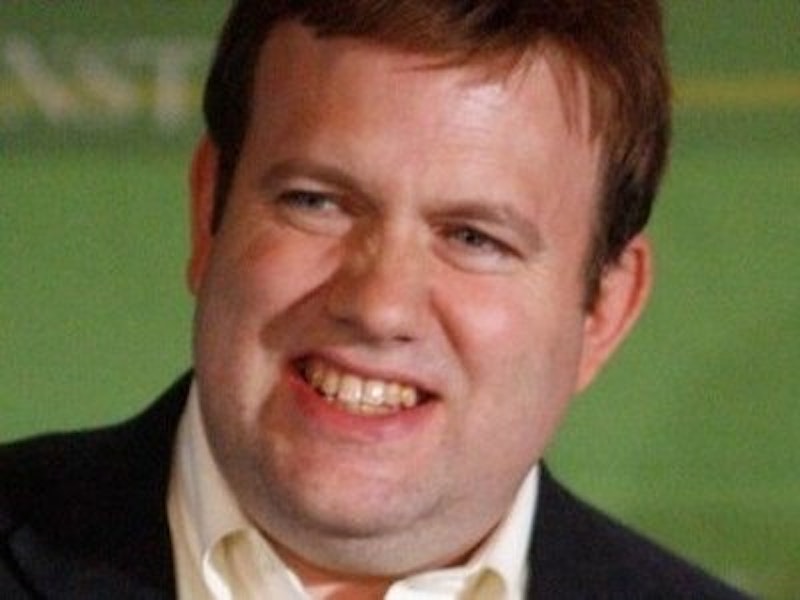 Frank Luntz could be astonished by a pickle inside a sandwich. When he has real news, his eyes pop out of his head. In fact they can do it twice for the same news. “You guys understand how significant this is?” the pollster demanded of reporters. “This is real. I’m having trouble processing it. Like, my legs are shaking.” Some Trump reporters had been subjected to footage of Donald Trump saying loutish things and being deplored. Now they like him more than at the start. That was four months ago, and Time reported on the session.

Luntz just put on the same show, this time witnessed by David Weigel of The Washington Post. Another group of Trump supporters, another anti-Trump bombardment. Again, the fans became more enthusiastic. "Normally, if I did this for a campaign, I'd have destroyed the candidate by this point," Luntz told Weigel and the other reporters. Two-thirds of the Trump fans said they would vote for Trump over Marco Rubio if Trump ran third party. "The Republican establishment just had a heart attack," Luntz said. Last time out, the establishment wasn't paying enough attention. “They need to wake up," Luntz said back then. This time he's crowing about their panic. Looks like the Republican establishment is just his stooge; it's there to point up the Frank Luntz message, and it does so by being Goofus. Nice, considering the checks that body has written him. But it made some bad choices, and now two-thirds of a focus group says they'll go third party. Right now the establishment is a bum with a dented top hat.

"Attacks on Trump Just Make These Voters Like Him More," says the headline of Weigel's piece. True, and it's a key fact of this election season. But it isn't a new fact, and I think Weigel is doing some pretending. "I've been talking about negatives, and you're up on him!" the focus group is told by "an astounded Luntz." Weigel ought to note that this is second-time-around astounded, but he doesn't. He lets us assume it's regular astounded, which tends to be a first-time thing. I take Weigel's omission as a bit of the show biz that has worked its way into political coverage.

Come on, Washington Post. Weigel is supposed to be a good writer, but dig this: "With only two exceptions, the three hours of messaging, venting and friendly arguments revealed the roots of Trump’s support." So, of the three hours, two did not reveal the roots of Trump's support, which means the jackpot hour must have been gonzo. Or the three hours all did their part, but even so, two of the roots never got revealed. Yet the article has no list of roots, which are things that reporters tend to gesture at rather than itemize. Maybe Weigel means two of the people kept quiet. If that was the idea, a paragraph got dropped between this one and any preceding mention of participants. Even without the paragraph, it would be strange to tell us about the two quiet participants (given that the focus group had 29 members), and odd to write a sentence where "exceptions" does not mean any of the three plural nouns that the sentence contains (three because "arguments" gets in there too).

The sentence reads as if it were elegantly bringing together ideas—like flowers in a news writing bouquet, if you will pardon my poetry. But the back-in clause ("With only two exceptions") keeps it from making any sense. A back-in clause doesn't have to do that, but this one does. I suppose there's elegance to disabling your sentence with its first few words. Okay, David Weigel is an elegant writer.