It's not the policies, but the incompetence that worries me 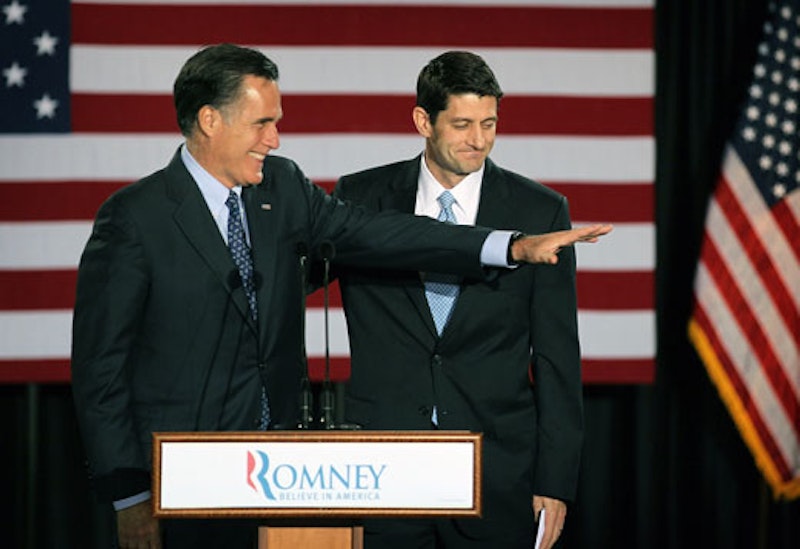 The Romney campaign is always dumber than I think it's going to be. First, he was caught flat-footed by the attacks on his Bain record and his failure to release tax returns, even though any idiot could have seen that Democrats were going to make an issue of both those things. Then he went overseas to look Presidential and promptly alienated everyone he talked to, turning easy photo-ops into a series of gaffe fests.

And now he's made his veep pick, and who does he choose? Paul Ryan, a man whose budget proposals are radioactively unpopular with the majority of the electorate. Ryan is, as Nate Silver says, unlikely to help win his home state of Wisconsin, where Obama is significantly ahead and Ryan is simply not that popular outside of his home district. Moreover, as Jonathan Bernstein notes, Ryan as a House member has little experience with national campaigns. There's a chance there’s some unexposed skeleton in his closet, and that he will respond badly at that revelation. Ryan may help with fundraising among conservatives, and he may help energize base voters—but Romney wasn't having trouble fundraising anyway, and conservatives were always going to vote for him in significant numbers on Obama-hate alone.

Ryan, then, has little potential upside, and some serious potential downside. Probably he won't change the balance of the race at all… but if he does, the likelihood it that won’t be good for the GOP. Romney is currently down in polls, so it makes sense to shake up the race—but then why not go with someone like Marco Rubio or Chris Christie, both of whom have more national or at least statewide experience and more appeal to independents? Picking Ryan is an unnecessary and unforced error.

As a liberal, I hope Romney loses, and so the fact that he and his campaign appear to be bumbling boneheads is, in that respect, comforting. It's always hard to tell how much gaffes and aimless speeches really affect the campaign, especially this far from the election. Still, while Romney made a fool of himself abroad, it may not have hurt him too much; but it can't have helped either. His ineffectual responses to attacks on Bain may have cost him in swing states, and so forth. All other things being equal, running a lousy campaign has to hurt your chances at election. And so, in that sense, I'm happy to see Romney running a lousy campaign.

The one problem is Romney might still win, no matter how bad a campaign he runs. If the Eurozone collapses and we go into another recession before November, Romney could win. Statistician Silver at 538 currently has Obama's chances of winning at around 70 percent. That gives Romney a three in 10 chance at the Oval Office—which is not negligible.

And if Romney wins, his incompetent campaign starts to take on some frightening overtones. Yes, it's fun to see candidate Romney alienating allies—but what happens when he's actually President and has to make serious foreign policy decisions with thousands or tens of thousands of lives in the balance? It's enjoyable to watch him make bone-headed political decisions, but what happens when he actually has to get bills passed through Congress, or deal with domestic crises?

Campaigning skills doesn't necessarily translate into skill in governing. George W. Bush was a very competent campaigner, but an atrocious President. Obama is a dazzling campaigner, but a mediocre President.  So maybe Romney will prove to be lousy on the trail and a great administrator. Still, following his campaign is definitely giving me a sick feeling in the pit of my stomach.