Why Mitt Romney Should Feel Guilty

With great power comes at least some responsibility, one would think. 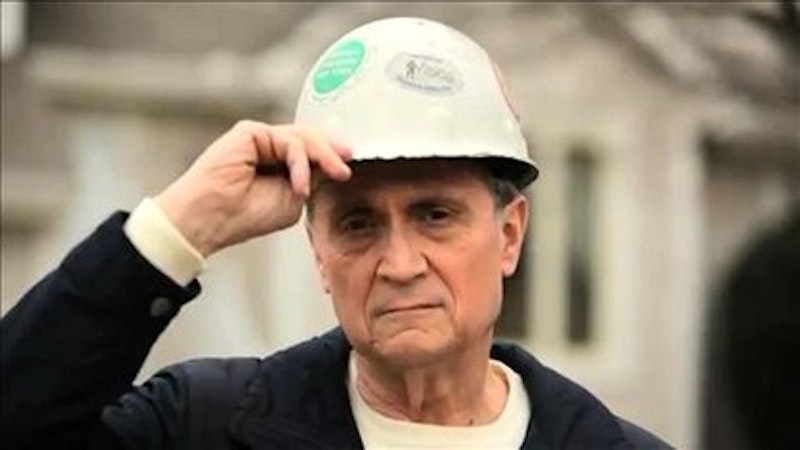 Why should Mitt Romney feel guilty because someone he never met contracted cancer years after her husband worked for Romney's company—the employment having played no part at all in bringing on her illness? This question has been irritating the minds of pundits, Republicans and Splice Today commenter Texan. The answer is this: Romney's company made it far less likely that the woman and her husband would have the money to deal with the cancer. It did this knowingly, and it did it in two ways. The company took part in the stripping out of a large section of the local economy. And it took away not just the husband's job but also his benefits.

The first—okay, maybe on balance the world economy is better off. But the second is just cold. It's like Mitt Romney and his fellow corporate decision makers filled the road with nails and broken glass. Then Romney's company decided its ex-employees wouldn't have boots. Now bad stuff has happened down the road, but it's nothing to do with Romney—he's all the way over there, no place near the scene.

The premise I'm working from is that if you pull a sizable and well-established income source out of a community, you are creating problems. The yank-out may still be the best move to make, overall. But in that community it's going to cause blight. There won't be jobs or the ones on hand will have low pay and shitty benefits. Life will become tougher because money will be harder to come by, and that's how things will go for quite a while. We all know this. That's why people get upset when factories close—here comes the suffering, here comes the blight.

So Bain Capital, if it gave a shit, could have sent off its people with enough money to have protection against, say, health disaster. It could have done so because it realized that its plant shutdown was pushing along a process that would make it much harder for these people to find such protection. Instead Bain took away the husband's medical benefits. A time came when an early visit to the doctor could have saved the woman's health. But no money was on hand and the visit didn't get made. Of course, she might still have died either way. But what kind of defense is that? “All we did was significantly reduce the chances of your wife's survival and leave you to wonder about what might have been.” No wonder the man's pissed.

As it happens, Bain promised not to take away the benefits but then reneged. The company also issued a lot of debt on the mill and creamed off much of the proceeds for itself; the mill then had to stagger along, making its payments while trying not to drop dead from heart failure. When Bain set up a company to run the mill, the new company's president insisted that his contract had to let him to retire in two years so he could escape the debt Armageddon. All this happened while Romney was president of Bain. Why not make an ad about that? Fine with me if somebody does.

But the present ad strikes me as worthwhile. To wrap it all into one ball, here's what the ad assumes: It's wrong to lay off a 51-year-old, three-decade-long employee and leave him and his to get by in a declining local economy when you know you're making that decline a good deal worse by closing his plant. There will be ripple effects from your plant shutdown, most of them crappy, and they will go beyond the immediate loss of the man's paycheck. You know that. So give him a fighting chance, at least by letting him keep his family's health needs covered. If you don't even think of that, what are you thinking of?

Of course, Romney and his company aren't alone in this mess. Local politicians may have their share of the blame.  I wish the US government, high and low, did more to contain the social damage that can crop up when a company like Bain sets to work. But the damage itself is done by the company. There were a lot of factors in how the couple's lives turned to shit. But Bain was the biggie, and it committed this misdeed on a scale many times over that of the one couple.

I'll leave aside whether Romney made any of the fatal decisions regarding the shutdown (though he was CEO at the time of the closing and, as noted, the mill's debt problems date from the years that Romney was fully in charge of his company). I'll stick to this. Romney designed Bain Cap, it functioned just the way he intended it to, and because of this he collected a giant share of profits from decisions that wrecked lives. He has never shown any awareness that the wrecked lives matter or that the wreckage could have been avoided if he and Bain had decided to leave a little money behind. Yes, there're Staples and other job growers that sprang up because of Bain. But when things go sour, Bain will strip its workers' bones and not even know it's doing anything wrong. And now the man who gave us Bain wants to be in charge of the country. I've got my doubts that he's suitable. He tends not to think how his actions affect people without power. That's the point made by the ad, and I see nothing to indicate that it's wrong.