Romney Doesn’t Get It And Neither Does CNN

Take away a guy's health insurance and his wife ends up dying of late-diagnosed cancer. Who could have figured? 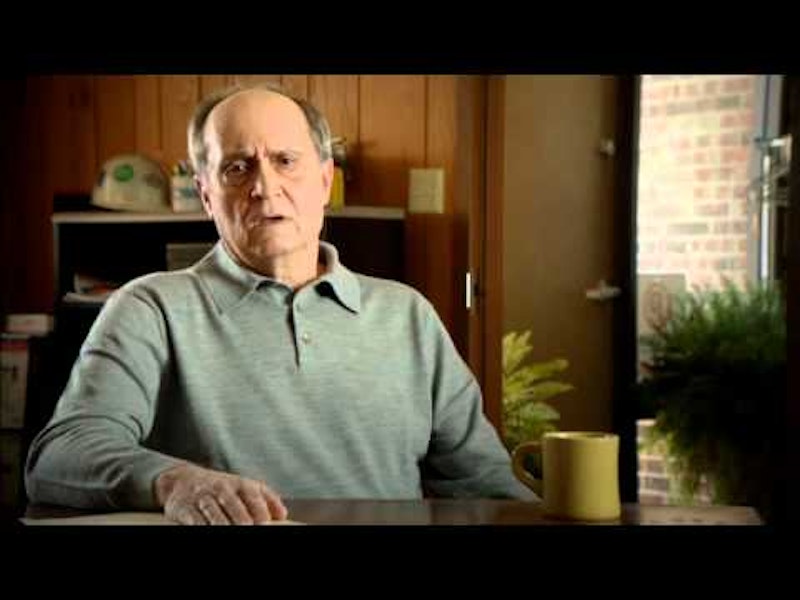 To me it all makes sense. A woman had health insurance until 2002. Then she lost her job and became sick with cancer. The cancer took a while to show up, and her husband suspects she put off seeing a doctor because paying for one would be tough—he'd lost his old health insurance back when he lost his job in 2001, and his new job's policy didn't cover family. At any rate, she finally saw a doctor in 2006 and the cancer was diagnosed. But it was already advanced and a few weeks later she died. With insurance, maybe the man's wife could have been diagnosed earlier and kept alive. Without insurance—no.

Who took the man's insurance? Well, that was Bain Capital. The man worked at the same steel mill for 30 years. Then Bain shut it down, and they provided as little as they could to the people who got laid off. Nothing actually, according to FactCheck.org: “The company... reneged on pension and other benefits it had agreed to in 1997. The U.S. Pension Benefit Guaranty Corp. later determined the company had severely underfunded its pension, and the federal agency covered the cost of basic pension payments.” So the government had to step in. The disappearing benefits included health insurance for laid-off workers, Reuters reported.

Spend 30 years on the job and then get kicked out with bupkis, and you have to wonder: What about me? The man in question is now putting himself front and center in a new ad

from an Obama super-PAC. The result is widespread bafflement and resentment. What about you, the world asks, and why are the Obama people putting you in front of us?

Note that the chronology of events at the start of this post—everything about when the couple did and didn't have health insurance, when the man got laid off, when his wife was diagnosed—comes from a CNN article that calls out the ad for inaccuracy. What did the ad get wrong? The article is more than 1000 words long, but for this topic it can spare just two sentences. First: “The ad makes it seem like Joe Soptic's wife, Ilyona 'Ranae' Soptic, lost her battle with cancer shortly after he lost his job at GST Steel in Missouri, where he had worked for almost 30 years.” Second: “Romney stopped his day-to-day oversight at Bain Capital in 1999 when he left to run the Salt Lake City Olympics, though he officially remained CEO until 2002.” The steel mill was shut down in 2001.

Let's look at the first caveat. Mr. Soptic told the camera, “A short time after that my wife became ill,” with “that” being the mill shutdown. His wife's cancer was very advanced when it was diagnosed in 2006. So it began when—2004, 2003? Mr. Soptic lost his job in 2001. To CNN it's a transparent dodge that he would look on two or three or even four years as not much of a gap. But he was describing the loss of a lifetime job and a lifetime spouse. He thought his three-decade job would be a four-decade job. Then he found out otherwise, and for the ad he reckoned the consequences.

The other caveat has a bit more meat. Mr. Soptic says “Romney” and “Romney and Bain” shut down the steel mill. But we're not sure if Mitt Romney himself pushed the button. By his campaign's account, Romney's involvement in Bain didn't end until 2002. Before that, the campaign says, he spent a few years phasing himself out. The mill shutdown was done in 2001. Was this approved during a patch where Romney was paying attention or not paying attention? We don't know. Was the shutdown caused by decisions made during the 1990s, when Romney was Bain's boss? Seems likely, unless everything absolutely turned to shit in the two years between the start of Mitt's quasi-retirement and the shutdown. Either way, when the shutdown happened he was CEO and drawing compensation—Bain was his company. So this caveat's meat is still thin.

CNN thinks otherwise, and right-wing bloggers have noticed. “The ad suggests that Romney/Bain are responsible for a death from cancer in 2006, due to the spouse’s loss of a job in 2001,” writes Patterico's Pontifications. “It is despicable. And untrue. Even CNN thinks so.” Over at Betsy's Page, the host strains for some way in which the rational mind might link Mitt Romney and the wrecking of the Soptics. “Romney's evil super powers,” says her post's headline. Allahpundit sums up the Democrats' wanton unreason with a bullwhip of a passage: “There appears to be no actual policy or business critique here. It’s just a string of events spread over five whole years, with certain key data omitted, and you’re supposed to infer causation without really being told why or how. This is what the Unicorn Prince has come to after promising four years ago to heal America or whatever. Perfect.” The Unicorn Prince (which I find a beautiful sneer) is Obama, of course.

Running up to deliver the lash, Allahpundit belted out some questions: “What is it, precisely, that Bain is being faulted for doing or not doing? They shouldn’t have closed down the plant because… it was unfair to expect the workers who were laid off to ever find new jobs with insurance? It was negligent not to predict that some workers’ wives might get laid off too and wouldn’t find a new job for years before they became ill?” Well... that's not so far off. In helping to suck the industry out of a region, Bain should have considered that the people left behind would have a very hard time digging up a living. When a mass of people loses the place they've worked all their lives, they are left in a very bad hole, one they all share together.

The ad says Mitt Romney doesn't get this. “I don't think that Romney understands what he's done to people's lives by closing the plant,” Mr. Soptic says at the start. “I don't think he realizes that people's lives completely changed.” As it turns out, Romney isn't alone. CNN and the blogging right are there with him. A plant shutdown and... a cancer death? They waggle their heads desperately, trying to find the thread. Layoffs, no money, undiagnosed cancer... death... what a jumble of disparate facts! FactCheck.org also has trouble. “That’s a lot of 'mights,'” it says trimly when looking over Mr. Soptic's version of things. Has anyone at FactCheck.org tried to budget family health care when you're 50-plus, you don't have insurance and the local factories are closing down? All the mights tend to lead one way, toward situations like Mrs. Soptic's death.

Mr. Soptic to CNN: “I don’t think he [Romney] has any concept as to how when you close a big company how [it] affects families, the community—you know, it affects everyone.” But Allahpundit is sure that the ad's purpose is to make low-info voters feel as if Romney had caused the cancer himself. Taking away someone's health insurance, slapping income and jobs out of his community, leaving him to deal with it—why would voters care about that?

Back when a factory paycheck could support a family and put the kids through college, we weren't told the workers generated that money all by themselves. We were instructed to look at context, meaning the American system of free enterprise. Joe Soptic lives in this system as it now exists, and it has ruined his life while putting some extra cash in Mitt Romney's pocket. It's not that CNN, FactCheck.org and the blogging right don't want you to notice this. They can't see it themselves. If the American system isn't working, then there's no system in view, just a lot of Joe Soptics struggling to stay alive and mysteriously thinking they have something to tell us.