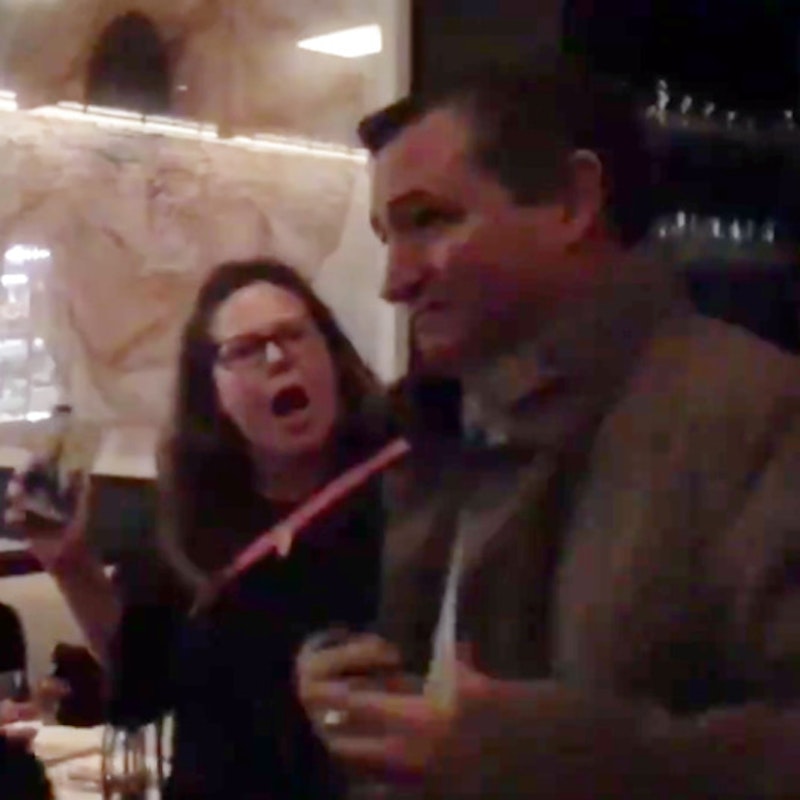 Trump at the UN: In a move that surprised no one, President Trump boasted about the fictitious accomplishments of his administration at the United Nations yesterday. “In less than two years, my administration has accomplished more than almost any administration in the history of our country.” Cue guffaws from the entire hall. "Didn't expect that reaction, but that's okay." Cue even more good-natured laughter, as if this buffoon was still relegated to hosting The Apprentice and Saturday Night Live. The fact that representatives of countries all over the world openly mocking his delusions didn’t faze Trump at all, and even prompted a successful quip, defuses the notion that he’s a murderous zealot. He has blood on his hands: but once again, moments like these make me feel better and feel thankful that the Bush 43 years are behind us. Cheney, Rumsfeld, Ashcroft, Rice: these were methodical monsters. Kissinger orchestrated genocide. Trump orchestrates catfights.

His ignorance, negligence, and racism brought us more kids in cages, families separated, immigrants and citizens harassed by sociopathic ICE officers, and the devastation of Puerto Rico. The choice between Bush 43 and Trump is like picking being poisoned or being stabbed, but like Bush, Trump is hapless, a useful idiot. The difference is that his administration is filled with idiots too, unlike Bush. I take consolation where I can find it with this President, and one bit in Bob Woodward’s book Fear: Trump in the White House struck me in the same way: discussing North Korea options in the White House last year, Trump asked Sens. John McCain and Lindsey Graham what they thought he should do. “‘Very complicated,’ [McCain] said, ‘They can kill a million people in Seoul with conventional artillery. That’s what makes it so hard.’ Graham offered a hawkish view: ‘If a million people are going to die, they’re going to die over there, not here.’ ‘That’s pretty cold,’ Trump interjected.” This guy doesn’t want to colonize or raze the Middle East or North Korea to the ground, unlike every other neocon still clinging to life in D.C. It might happen, like Bush, under his watch, but a little reassurance goes a long way.

Cruz at Fiola: Ted Cruz and his wife were chased out of a chi-chi Italian restaurant called Fiola in Washington D.C. on Monday. Protestors swarmed the couple, yelling in their faces and later tweeting “You are not safe. We will find you.” No surprise that opposing candidate Beto O’Rourke condemned the protestors and insisted that Cruz and his wife “should be treated with respect.” Now everyone is mad at Beto. What in the world did you expect him to do? Egg them on? Cruz does not deserve respect. He’s mean man. But just from a strategic point of view, it makes no sense. Now Cruz and his team have over a month to blanket the airwaves with ads about how disrespectful, deranged, and dangerous O’Rourke and his supporters are.

Splice Today writer Noah Berlatsky insisted, “saying the word ‘mob’ isn't actually an argument. It's a slur, and it means that you think the people protesting are below your social class, and shouldn't get to speak.” Oh, please! A group of people going out of their way to harass someone is the OED definition of the word “mob”: “A large crowd of people, especially one that is disorderly and intent on causing trouble or violence. cf. ’a mob of protesters.’”

I agree with Noah that it’s still free speech and legitimate protest—Cruz is a public figure—but what a way to shoot yourself in the foot. O’Rourke has a decent shot at defeating Cruz, which is remarkable, and he needs every vote he can get. Stuff like this peels away the Texan “moderates” and the wet brains who still haven’t made up their minds between the two. Segments of the left, like Trump, act on emotion and instinct without any foresight or practical consideration. Expect to see that still of the protestor screaming in Cruz’s face everywhere until the election. It might cost O’Rourke the race.

Ford under fire: I’m sure that nearly everything else published today will be lost in the whirlpool of Brett Kavanaugh news and anticipation for Thursday’s hearing and Christine Blasey Ford’s testimony. Whether or not he gets confirmed is entirely up to Ford’s performance: she could fold under pressure, caught flat-footed by aggressive prosecutors; or it could be a defining moment of the #MeToo era. If she does well and gets some good soundbites in, I don’t see how Kavanaugh can make it. This story has transcended politics and seeped into American culture at large and our apparently very different values. Look no further than this disgusting cartoon printed and then pulled by Indian’s Indy Star: Ford is pictured from behind before the aggrieved Senate Judiciary Committee with precious requests: “Here are my demands: No questions from lawyers, dim the lights, I want roses, sparkling water, a bowl of green M&M’s…”

Anna Khachiyan made a compelling point on the most recent episode of Red Scare, that the GOP isn’t trying to push Kavanaugh through in spite of the sexual assault allegations but because of them: “They want to prove that they are all powerful, that it doesn’t matter. Morals, ethics convictions, it doesn’t matter. All that matters is that they win, they get to best their enemies.” A charitable assessment of a party that doesn’t believe what Kavanaugh is accused of constitutes assault. But both are true: Mitch McConnell’s Republican Party is shameless and ruthless, and they fundamentally don’t understand the extent or severity of rape and sexual assault in American culture.