Slave to the algorithm, at best. 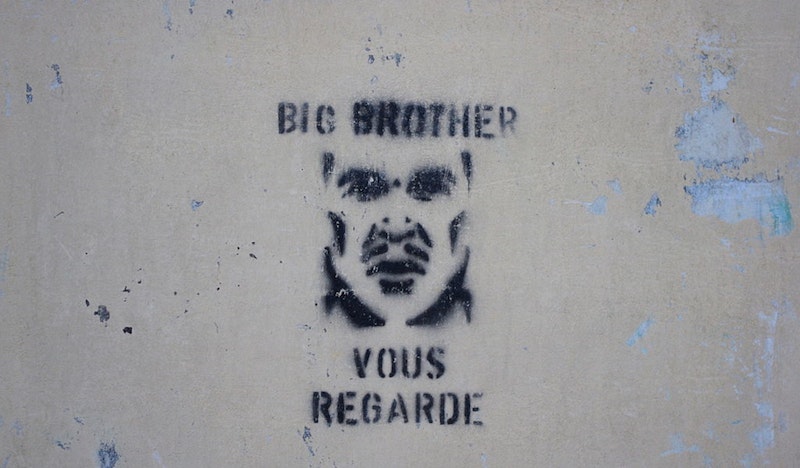 There’s a thin line between efficiency and laziness. I’m not sure we’d even be used to hearing them treated as opposed qualities if it weren’t for the likes of Karl Marx and Ayn Rand extolling the virtues of work all the time and making laziness sound like a bad thing. Ultimately, sanity consists mainly of trying to get the most done with the least effort, though, so the efficiency expert and the slacker are really on the same side.

There are times, though, when efficiency makes laziness so easy that it fosters unsustainable behavior patterns—the quick pleasure from certain dangerous chemicals for some people, for example.

We philosophy buffs have been worrying for decades now—arguably for a couple centuries and perhaps prematurely—that technology and commerce, wonderful though they are, might contribute to people becoming so impatient, so accustomed to instant gratification, possessed of attention spans so short that they can no longer be bothered to engage in the sustained (preferably quiet) contemplation required for philosophy and serious, mature political thinking.

If I don’t sound quite like the unalloyed progress-booster that some of my fellow libertarians (and others) are, it’s not just because I spent many happy hours on Grandpa’s farm as a kid—though that helps. It’s also because I can see at least some wisdom in the observation that people will tend to become as stupid as they comfortably get away with being.

Thomas Carlyle was mostly awful, but he had reason to worry we tend to grow shallow. Thomas Sowell is right to warn that cushy high-tech living is unfortunately what makes real savagery possible (and I see he, like me, is now rooting for Ted Cruz, the combo traditionalist and just-slightly-libertarian, to prevail in the Republican primaries). It seems like only yesterday that Neil Postman and his student Camille Paglia prophesied a post-literate, image-obsessed, Pavlovian popular culture—and Postman died before we even had emoticons and emoji.

It’s no coincidence that gamers took over the culture around the same time Twitter became the most important forum for political debate, such as it is. Gaming may be a rich culture in some ways, but there’s no denying it mainly operates at the level of twitch-muscle responses. Along comes Twitter to reduce public discourse to that same knee-jerk response level—more spotting the enemy than mulling new concepts. It’s fitting that people on Twitter have spent so much time fighting over what gamers are saying and doing.

And Trump, who loves quick put-downs on Twitter, is perfect for the era in more ways than one. Anger, insults, xenophobia, and populism are all primitive impulses tailor-made for a twitch-muscle nation, as are the predictable twitch-tweet responses he gets.

Eventually, I trust that people will recognize the seriousness of the problem we’re developing if things keep moving in this direction, but there’ll be no obvious solution—at least not one that keeps humans in charge. Ever greater efficiency will be sought, ever more voices will be made democratically audible, ever more demagogues will jockey for attention. The “Dark Enlightenment” activists—who tend to like Trump, if only because he shares their taboo, eugenics-influenced racial thinking—might well say that the only route out is the wholesale transformation of the human brain, whether by biotech, eugenics, or cybernetic enhancement.

But with the news out that an NSA program literally called Skynet might already be killing thousands overseas through faulty terror-predicting and targeting algorithms, as if Hollywood never warned us about this danger, one can’t help suspecting that the solution to the problem of late-democratic humanity might turn out, eventually, to be ditching humanity.

If we manage to blend into the cyborg future instead of just being weeded out as lingering sources of fleshy inefficiency, we may have to think very fast and learn to love terrifyingly efficient algorithms.