Cui Bono: The Latest Conspiracy Theory in the Ongoing Disintegration of the GOP

Republicans attempt to discredit the FBI. 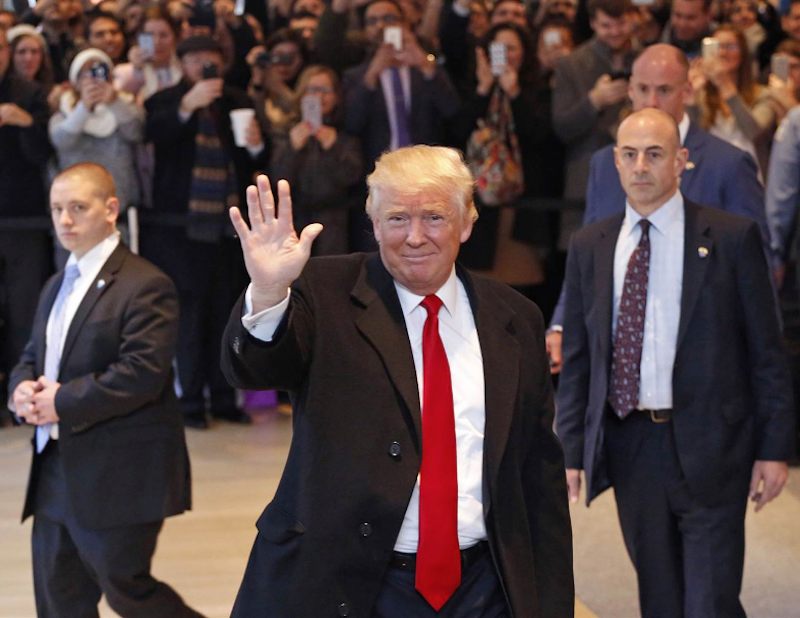 The first thing in my RSS news feed this morning was an article by Olivia Beavers in The Hill headlined, "GOP lawmakers raise concerns over ‘secret society’ in FBI agents’ texts." The piece didn’t reveal or clarify much beyond noting that Trey Gowdy has expressed concern about FBI agents, Peter Strzok and Lisa Page, “who privately exchanged text messages disparaging president Trump” and referencing a “‘secret society’ shortly after the republican candidate won the election.”

Beavers adds that Republicans are particularly interested in this, given that the FBI lost about five months of messages between the two agents. She cites Rep. John Ratcliffe’s recent Fox News appearance alongside Gowdy, in which Ratcliffe seems to be choosing his words carefully while attempting to whip up as much paranoia in viewers as possible:

We learned today about information that in the immediate aftermath of his election, there may have been a 'secret society' of folks within the Department of Justice and the FBI, to include Page and Strzok, working against him. I'm not saying that actually happened, but when folks speak in those terms, they need to come forward to explain the context.

Stating that he finds an allegation like that remotely believable would put Ratcliffe squarely in Trump’s recurring “stupid, crazy, or lying” dilemma, given that the entire subject reeks of death panels and Pizzagate. In fact, no one on Capitol Hill is seriously claiming the existence of a secret society dedicated to undermining democracy. Instead, the interested parties conveniently find it troubling. They express concern. And, in so doing, they dogwhistle to those who already believe (or find it convenient to believe) the paranoid conspiracy theories of the alt-right.

I read the piece and dismissed it as yet another ill-conceived attempt to turn an inconsequential footnote into a legitimate news story. Then I looked at Twitter and saw something very different.  For better or worse, Twitter has become a political nervous system in which we’re always living in a fight-or-flight state of emotional collapse. As Michael Taussig puts it in The Nervous System:

I am referring to a state of doubleness of social being in which one moves in bursts between somehow accepting the situation as normal, only to be thrown into a panic or shocked into disorientation by an event, a rumor, a sight, something said, or not said—something that even while it requires the normal in order to make its impact, destroys it.

Such “bursts” are what now pass for public debate on the platform where “the Resistance” points out every vile, stupid, racist thing that comes out of the President’s mouth and an ever-shifting mass of Trump supporters responds by shouting the worst possible things they can think of.

None of it matters. None of it is constructive or illuminating in any way. And yet these are the waters that Gowdy and Ratcliffe are trying to roil. Why?

In the past year, we’ve heard a lot of grim speculation about Trump’s “new normal,” as if electing him had replaced the sub-atomic building blocks of the universe. I should confess that, around the time of the election, the damage Trump seemed likely to do scared me as well. I constantly worry about the environment, healthcare, racial violence, reproductive rights, and education. Many of those fears remain serious issues for the country and the world. But one thing I’m not worried about are secret societies trying to subvert the President.

If certain Republicans are expressing concern about this on Fox News before Trump’s feverish base, I should note that people also felt concerned in 2012 about whether Planet Nibiru was going to collide with the earth at the end of the Mayan calendar. And, this morning, I was concerned that there was no espresso left in the kitchen. Though both of these concerns brought a moment of hysteria, they proved to be unfounded.

Nibiru didn’t take us out six years ago. It remains a pet theory of unsung geniuses like Christian numerologist David Meade and “ancient astronaut” ufologist Zecharia Sitchin. Much to my relief, there was actually half a bag of espresso sitting in my cupboard when I ran upstairs. And yet concerns about an enormous space object destroying the earth and running out of decent coffee seem an order of magnitude more reasonable than Gowdy and Ratcliff’s secret society whataboutery.

I’m astonished at the immense amount of paranoid absurdity that emanates from this administration—that seems to have become both a semi-transparent smokescreen and its primary bludgeon. When I look at #secretsociety trending on Twitter, I get a full dose of alt-right Alex Jones-ish mental illness in a very Breitbart style. Who would want to source that or encourage it? Cui bono—who benefits?

Salon’s Paul Rosenberg tried to answer such questions in "Paranoid history of the GOP: How conspiracy theories poisoned the Republican Party," arguing “this kind of politics has been a big part of the GOP for quite some time now, despite all efforts to pretend otherwise. And that's what makes Trump more of a logical development, part of a broader pattern, rather than—as he would like to be seen—as a unique figure signaling a radical new direction.” Rosenberg sees the political use of paranoid conspiracy theories as an outer manifestation of conservative white identity politics, pointing out that the GOP “share of the electorate is in long-term decline, and their ability to define political reality is inevitably waning.” In other words, if you can’t keep the Party together with facts, use fantasy.

This seems persuasive in light of "The 5 Most Dangerous Conspiracy Theories of 2016," in which Joseph Uscinski provides an overview of American conspiracy thinking, noting that Trump, as a self-proclaimed political outsider, is the perfect inheritor of the tradition. Uscinski finds that “conspiracy theories tend to work best when they are employed by outsiders, electoral losers, and statistical minorities. These ‘losers’ have to use conspiracy theories to justify their outsider status, explain away losses and call accepted practices into question.” If this is the case, then the answer to Cui bono? is really another question: What is this administration trying to justify, explain away, or call into question by means of this nonsense?

Certainly 2018 government shutdown issues would be legitimate contenders, especially the fate of the Dreamers, the border wall, ending the visa lottery, and chain migration. Perhaps it has to do with Devin Nunes’ refusal to release the House Intelligence Committee memo supposedly containing information on illegal FBI and Justice Department surveillance. And let’s not forget Robert Mueller’s low-key yet menacing investigation, causing Trump to keep 44 lawyers on retainer and keeping most of his team worried that they’re locked in an Appointment in Samarra scenario with prison as the final destination.

Of course, distraction stunts like speculating about a secret society in the FBI might simply have to do with Trump’s massive unpopularity and apparent lack of ability. We worried in 2016 that he was an authoritarian. Now it’s fairly clear that he’s simply incompetent. As Rich Lowry recently noted in Politico, “Trump is not a despot. Far from being an autocrat, he is a weak president susceptible to the views of the last person he’s talked to and so deferential to Congress that he spent all of last year pining for a signing ceremony for literally anything lawmakers could send him on health care or taxes. At its worst, the Trump White House isn’t sinister; it’s farcical.” After a year of paranoia and distraction, farce seems like the most accurate description of what’s going on.