Socialism is no longer imminent. 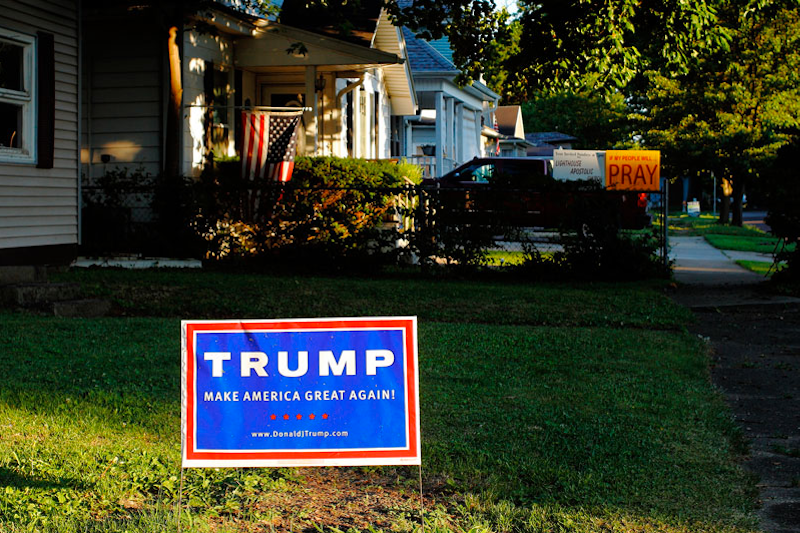 It now appears clear that conservatives will win the culture war.

Just nine months ago this seemed impossible. Hillary Clinton was going to become president. Taxes were going to get more complicated and go up. Religious groups would be coerced into not just tolerating but celebrating gay marriage. It would be illegal to second-guess Islam, even as illegal immigration rose. Black Lives Matter, successfully hectoring guilty liberals into blaming the police for inner city crime, would be in the White House. Barack Obama was a saint.

These were all signs that America was one step closer to socialism.

And then came Donald Trump. And now, just a few months later, the Left is in retreat—for good. The Supreme Court, including new conservative remember Neil Gorsuch, will most likely restore religious freedom as it gets ready to hear the case of a Christian baker who was driven out of business for not baking a cake for a gay wedding. The court also appears ready to side with Trump on the travel ban, which halted immigration from six terrorist-leaning countries. Conservative media personalities like Ben Shapiro and Michelle Malkin have revealed the social justice warriors on college campuses as jokes. Forced to retract an anti-Trump story, CNN has lost all credibility. Ranting drama queen Keith Olbermann is viewed, even by The New York Times, as a mentally ill bed-wetter. On Fox News, Tucker Carlson performs a nightly shellacking of the day’s leftist idiocy. Taxes are going to be simplified and lowered.

It’s breathtaking. What’s happening is not just a refutation of Hillary Clinton, but of the two phases of leftism that go back 100 years. The first phase, which ran from 1917 to 1963, was communism. A pseudo-religious movement that hoped to usher in a utopian society, its catechism preached that if enough of the wrong-thinking people were killed, and enough property and money were collectivized, man would be happy. It failed, which was not a surprise to anyone who understood human nature. Ronald Reagan put a stake in its heart.

The second phase of socialism was punitive liberalism, which arose after the assassination of John F. Kennedy in 1963. Unable to accept the fact that a communist killed Kennedy, the American Left became paranoid and violent, intent on punishing America for her sins. America was racist, sexist and greedy, our foreign policy hegemonic, the CIA unscrupulous, our founding documents privileged and problematic. Coupled with punitive liberalism was the culture of narcissism. As Christopher Lasch observed in his 1979 book The Culture of Narcissism, the breakdown of the family had left entire generations with a “minimal self,” unable to function and constantly fearful of being triggered by outside forces—the Lena Dunham disease.

Americans have finally gotten tired of being told we’re assholes. We’re also tired of indulging the tantrums of politicians and celebrities who used the moral smokescreen of punitive liberalism to attack our religion and our country. We’re tired of activists forcing Christians to bake cakes. We’re fighting back, and winning. Popular entertainers like Adam Carolla and Chris Rock now fearlessly shame men who don’t take care of their own children. More women have a negative view of feminism. Ben Shapiro easily dismantles dumb leftist arguments on college campus, and Dinesh D’Sousa’s anti-DNC documentaries make millions. The conservative message is getting out to a huge audience, thanks to a technology revolution that thirty years ago made hearing such common sense, at least in the media, impossible. Irony: techno geek liberals like Mark Zuckerberg and those at Google and YouTube have facilitated the right-wing counter-revolution.

America is settling back into being the kind of place it was before the death of JFK and the Russian Revolution. In anticipation of the left-wing reaction to that sentence, let me just say that your hissy fits don’t touch us any more. Conservative victory allows me to simply address the virtue-signaling HuffPost liberals who will scream that I want to bring back slavery and repeal the 19th Amendment: Fuck you. I want low taxes, no coercion in matters of religious conscience, a strong defense, protection for minorities, respect for life, baseball, rock ‘n’ roll, classic Playboy, and prudent facilitation of social change to enable to more inclusion and tolerance.

I love America’s multiculturalism while not feeling the need to deify minorities as numinous beings whose mere propinquity makes me glow with golden “woke” light. Unlike the left, I don’t feel minorities exist to facilitate my moral preening. I love America. Do you?

No, you don’t. Trump knows it, I know it, and the country knows it. So, the culture war is going to be won—by us. Liberalism will be a relic. It already seems that way. I recently saw a new lecture by leftist Naomi Klein, and her calls for “democratic socialism” sounded ancient and risible, despite having been delivered just last week.

One hundred years after the Russian Revolution, nine months into the Trump presidency, Americans are regaining our senses. On every front, and for the foreseeable future, the left is in retreat. Victory is sweet, but it will affect the winners in unexpected ways. Conservatives have spent 40 years reacting to the push towards socialism in America, and now they’re going to have to find other things to do. Instead of mocking Hollywood, we’ll have to make our own movies. Running out of naive college students to deride, Shapiro may have to practice law.