Noblesse oblige investment for kids who have no money. 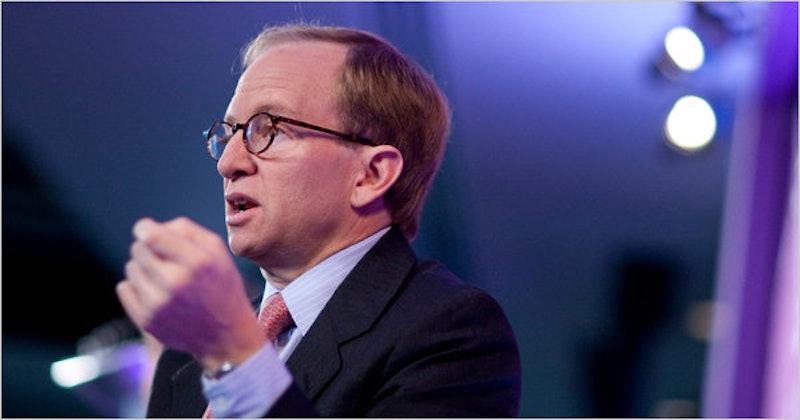 Steven Rattner is a pip. An extremely wealthy financier—a 1%er, but that’s okay since he’s liberal—the close friend of New York Times publisher Arthur Sulzberger Jr. contributed a smarmy op-ed to the daily on April 13 offering his prescription for the future retirement plans of Americans under the age of 35. I doubt that more than a sliver of his target audience read his goo-goo, it-makes-me-feel-good economic blueprint, but his noblesse oblige words, perhaps written from his retreat in Martha’s Vineyard, was no less offensive for lack of readership.

Rattner, anxious that younger generations will suffer “financially stressed golden years,” either because they’re too dumb or just stuck in the quicksand of a still-sputtering economy, advocates that—what a surprise!—the government require mandated savings. He cites Australia’s forced nine percent of employees’ pay that’s “diverted into retirement accounts.” Good thing he’s not running for office: the notion that strapped younger men and women would agree to that pilfering of paychecks is ludicrous, especially coming from a man who’s so well-fixed he was able to settle an SEC “kickback” investigation into his Quadrangle Group’s activities for $6.2 million. Later that same year, 2010, New York’s then-Attorney General Andrew Cuomo was not satisfied and successfully forced Rattner to pony up another $10 million as “restitution,” although the executive continued to proclaim his innocence.

I don’t think it’s unusual for citizens in their 20s and early 30s, of any generation, to file plans for retirement away in their back pockets: it’s too far off. Then, and more importantly, what gives the government the right to force Americans to sock away money for their “golden years”? It’s wise to save a portion of earnings, but that’s up to the individual.

Here’s where Rattner is really out of touch (and a reason why this op-ed should’ve been spiked). On the topic of investments he writes: “[I]n an unfortunate irony, many millennials, who watched share prices collapse in 2008, then steered clear of the market, thereby missing out on its rise. Typically, these young Americans keep about half of their portfolios in cash—not a sensible long-term investment strategy.”

No matter how you define the Millennial Generation—a common, if vague, guide is 18-33—how many of these people, at the age of, say, 24 (assuming they have a job that pays enough for such activity), invest in the market? Maybe Rattner’s four grown children, and those of his affluent friends and associates, but that’s a tiny minority of the group. I know a lot of people in the 18-33 bracket and just one of them dabbles in the market. In general, they just don’t have the money.

This is why a man of Mitt Romney’s… sorry, Rattner’s status—his career started at the Times, where he made serendipitous contacts as an economic reporter that led him to investment banking (he was lured by Robert Altman, a onetime Democratic macher whose hands were—legally—in many tills, leaving him in D.C. disfavor, to join Lehman Brothers in 1982)—has no business lecturing others on what to do with their savings. The topic of providing for your retirement is a valid one, even if most would ignore it, but it’d be a lot more convincing had the Times given that forum to a man or woman, not yet 40 and of middle-class means.

But that’s not the Times way, as the paper stubbornly clings to past (perceived) glory and sticks to its status quo: giving over its opinion pages to an elite group of men and women who are afflicted with the journalistic disease of telling readers to do what they say, not what they actually do.