There’s never been an election in Oregon like this. 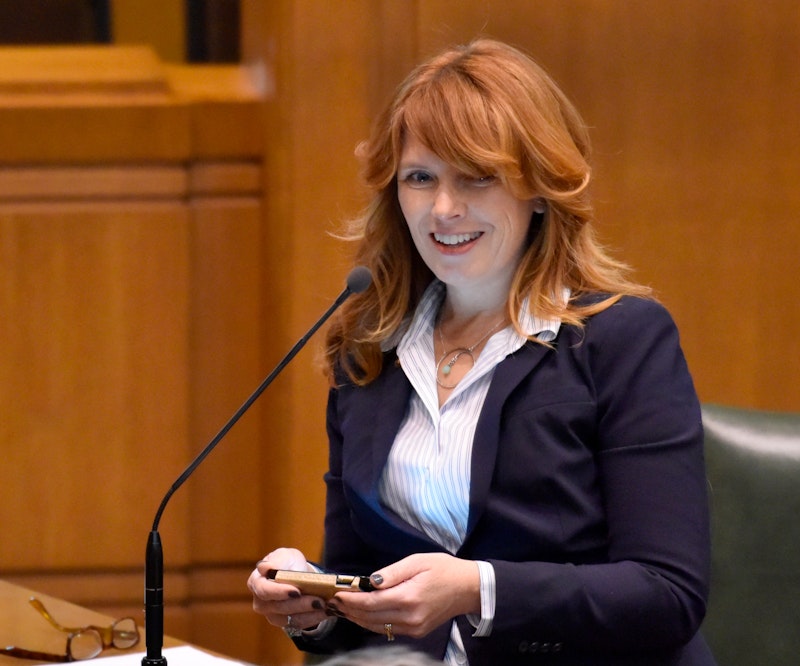 Three women—across the political spectrum of Democrat, Independent, and Republican—are vying for the Oregon governorship. There were early questions about whether tough-talking, pro-choice, pro-Second Amendment Independent Betsy Johnson would siphon more votes away from Democrat Tina Kotek or from Republican Christine Drazan. With Drazan and Kotek locked in a dead-heat going into Election Day, it’s generally accepted now that Johnson—polling around 16 percent—is pulling more votes away from Kotek, a trend that might help elect the Beaver State’s first GOP governor since 1987.

There’s never been an election in Oregon like this.

It's no mystery why Kotek’s candidacy is hemorrhaging votes that might’ve secured another in a long line of Democratic governors. The political milieu from which she springs has helped turn Portland into a crime-ridden, homeless-infested, destructively “woke” environment. Suburbanites, even the left-leaning, have abandoned downtown. Neighboring Clackamas County politicians have made keeping what happens in Portland out of their communities a battle cry. Many otherwise staunch Democrats have had enough, and Johnson’s their protest vote.

There are some Republicans moving to Johnson to shake up a perennially-losing state GOP establishment, but a late appeal to call them home to Drazan, which included Drazan’s crafty amplification of the fact that Johnson was a Democrat before she was an Independent, has resulted in what looks to be a major party nail-biter on November 8, with Johnson spuriously cast by panicked Democrats as a MAGA-enabling spoiler.

Johnson stated in a gubernatorial debate, paraphrasing, that Oregonians “don’t trust the far right and are terrified of the far left.” She vows to take the best ideas from both parties and rule from a centrist, common-sense position based on what she sees as the issues that matter most to Oregonians. In an odd admixture that usually aligns one way or the other, she has condemned subversive initiatives to defund law enforcement while at the same time firmly supporting choice on abortion.

Drazan has credibly threaded the needle of moderation that reaches across party lines—strong on education and the economy, and promising bold policy aimed at tackling the homelessness issue that Johnson charges has turned Portland from “the City of Roses to the City of Roaches.” On right-to-life, Drazan expresses her position as supporting “common sense regulations on abortion, including protecting life in the third trimester.”

One reality has never been in doubt—the political ideology of Tina Kotek. If the former State Representative and Democrat House Speaker manages to pull this one out, the squalor-enabling, anti-police, hard-left “leadership” that has made the formerly fine city of Portland a national laughingstock will be impregnably cemented in the Salem statehouse until 2026.