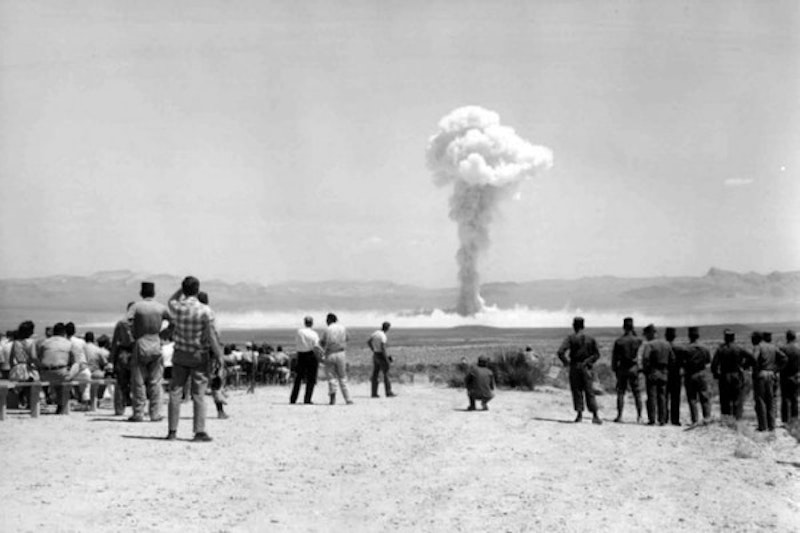 After waking up to chaotic radio reports out of Charlottesville two days ago, I followed a story I’d previously been ignorant of: a mesh of neo-Nazis, alt-righters, and white supremacists organized a march on the University of Virginia in protest of their removal of a statue of Robert E. Lee. I’d heard about the march, but assumed it would pass by without much notice or press. I didn’t see the alarming photos of hundreds of neo-Klansmen holding flaming torches on Friday night—I was consumed with finishing season two of Twin Peaks so I could start watching the new series. By Saturday morning, people were assaulted and the police were shockingly but unsurprisingly gentle when it came to confronting and punishing these nasty white people, throwing urine and bottles full of cement at reporters and counter-protestors. I went with my family to a crummy movie downtown, and when I went out to the bathroom, I got an AP alert on my phone that said a car had plowed into a group of people, leaving dozens injured, and by the time the movie was over, somebody was dead.

I got home and saw #ManySides trending on Twitter, along with a screenshot from Facebook of Trump’s remarks with a bunch of “Angry reacts” floating by under his gelatinous spray-tanned face, captioned by Adam Friedland: “What a truly stupid time to be alive.” I didn’t have anything to say myself, I just scanned Twitter and retweeted people that were actually there and other people who had more intelligent thoughts on the awful scene than me. On Sunday, I couldn’t stand to wade through the infinite sadness of Saturday’s events and what it means. I can’t bear to read more statements from mothers of the deceased or even scan on the periphery the cries of “false flags” and “crisis actors” and agent provocateurs in such a one-sided situation.

Trump’s remarks yesterday were disgraceful, a final confirmation of his dependence upon and implicit sympathy with white nationalists and the KKK. Remember last year during the election when Trump claimed he’d “never heard of” David Duke. This is a bitchy tabloid queen that loves to dish on every D-list celebrity on the planet, yet he claims he never heard of one of the most famous white supremacists in America. Remember also when he insisted, rightly, on referring to ISIS attacks as examples of “radical Islamic terrorism.” His deliberately vague speech was the most disgusting moment of his Presidency so far, a stunning abdication of responsibility, and as someone suggested, a remarkable achievement: somehow, belligerently threatening nuclear war with North Korea was only the second worst thing President Trump did last week.

Early Sunday morning I watched Part 8 of Twin Peaks: The Return. For those who’ve seen it, the intensity, obscurity, and pitch-black meditation on evil has no equal in television history. After a sequence with Dale Cooper's evil doppelgänger that heavily references Lynch's 1997 film Lost Highway, we’re slowly guided into the heart of a nuclear explosion, a force so powerful it ruptures dimensions and births an evil as pernicious as BOB. Going into the mushroom cloud, Krzysztof Penderecki’s “Threnody for the Victims of Hiroshima” plays, and Lynch/Frost dare us to soak in the very essence of evil and live inside of it for a little under an hour. Like all of Lynch’s best work, it’s something that blooms within you over time, where the opposite is true of most movies and TV shows: if you’re impacted at all, you feel it strongest in the immediate hours and maybe days after, and it’s all downhill from there. I was in a hurry to get somewhere after I finished “Part 8” and was anxiously looking at the clock most of the time, so it sat still for a while and now it’s just growing. Escapism is not what’s needed now: we need to understand evil, because it is all around. The world is full of evil everywhere, and there are specific things that we need to do to make this country less insanely violent and racist. I don’t pretend to have any idea of the solution or even where to start. I’d rather just listen for now.