What the holidays mean to an atheist. 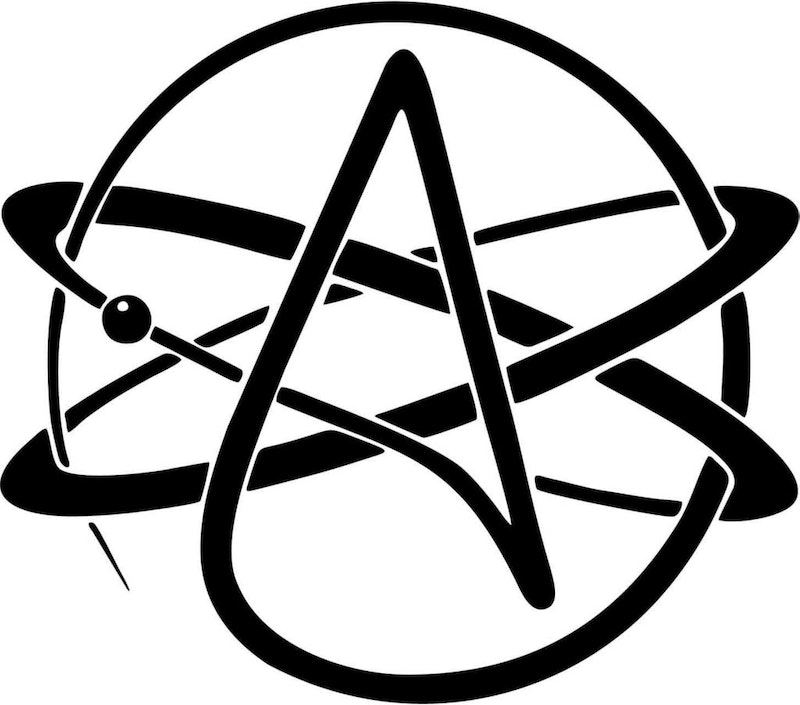 When I came out to my mother as an atheist, her first response was, “Does this mean I can save money by not buying you Christmas presents?” She was being tongue-in-cheek, but there are those who honestly believe atheists have no business observing Christmas or any holiday in December. We’re used to hearing conservative Christians say Christmas belongs to them only, but surprisingly even some staunch atheists, like Tom Flynn of the Council for Secular Humanism, say Christmas is explicitly a religious holiday. I love the holidays because they remind us that while things look dark right now, a brighter future is ahead.

The holidays celebrated during this time of year date back to ancient observances of the winter solstice, the darkest night of the year when the earth is the furthest away from the sun. After that, the days start getting longer, so the holidays mark this occasion through various rituals that center around the image of light piercing the darkness, including Hanukkah and Christmas. For Hanukkah, not only is there the menorah commemorating the miracle of the temple oil lasting for eight nights, but there’s also the song “Banu Choshech Legaresh” that reads, “We came to drive away the darkness / in our hands is light and fire. / Everyone's a small light, / and all of us are a firm light.” For Christians, Christmas is the time to celebrate the birth of Jesus Christ, the “light of the world” that came into a world of darkness to redeem humankind.

But what should atheists do during this time of year? We don’t have any churches to attend, or even a god we can say is the reason for the season. That shouldn’t prevent us from celebrating the holidays, though. Many atheists like Richard Dawkins and Tim Minchin love Christmas because it’s an opportunity to spend time with loved ones. Likewise, musician Raymond Arnold developed a secular solstice celebration full of songs, readings, and reflections. Throughout the ceremony, lights are turned off one by one until a single candle remains, and it climaxes with the song “Brighter Than Today":

Tomorrow can be brighter than today,
although the night is cold
the stars may seem so very far away.
But courage, hope and reason burn,
in every mind, each lesson learned,
driving darkness far away,
make tomorrow brighter than today.

It’s this message of a brighter future I need to hear. Every December I reflect on all the negative news events from the past year: mass shootings, political scandals, wars, tragedies, etc. This has been especially true during the past two years of Trump’s presidency. This past year saw the potential erasure of transgender people, Brett Kavanaugh’s confirmation to the Supreme Court, Trump refusing to condemn Saudi Arabia for the murder of Jamal Khashoggi, families being separated at the border, and more evidence of possible obstruction of justice by the President.

Outside of politics, 2018 gave us the Pittsburgh synagogue and Parkland shootings, and the Pennsylvania Catholic priest sexual abuse scandal. The angels promised peace on earth and goodwill towards men on the first Christmas, but I’m more inclined to believe Greg Lake was right and that it was all just a lie.

I remember something Christian theologian Jurgen Moltmann once said. A few years ago a friend of mine went to see a lecture he gave, and someone in audience asked him how he maintains hope in the midst of despair. “As a protest,” he responded. Moltmann isn’t the only one to connect resistance to hope. “Protest is the work of hope,” write DeRay Mckesson in his book On the Other Side of Freedom. “Protest, at its core, is telling the truth in public. It is confrontation and disruption rooted in the acknowledgement of a future that has not yet come, but that is possible.”

We can either give up all hope and let evil win, or fight back to create a better world. Each one of us is a small light, the old Hanukkah song goes, and together we can drive away the darkness by raising our voices to speak out against injustice. If there’s going to be peace on earth and goodwill towards, it’s up to us to make that happen.

No matter what you celebrate or what you believe, I hope we can keep the light of hope flickering this holiday season. It’s dark right now, but if we let the light within us shine tomorrow will be brighter than today.