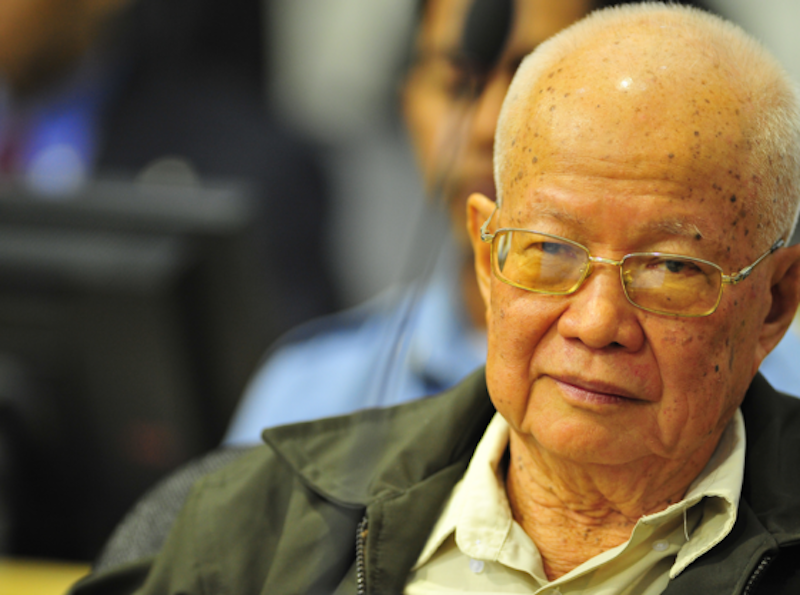 Last week, according to Channel News Asia, Khieu Samphan, a former top Khmer Rouge official told a UN-backed court that everything he did—such as aiding in the massacre of a quarter of Cambodia’s population—was done out of a desire to foster “social justice” and help the Cambodian people. This is why we don’t leave it up to politicians to decide what constitutes “helping.”

After hearing a talk this week by Jay Nordlinger, author of Children of Monsters, I find myself wondering if Samphan also has sociopathic children, as apparently is often the case with dictators. It’s no surprise to me, nor to most normal people, I suppose, that insanity runs in the families of politicians and zealots, but I’d imagine it must be a surprise to the large numbers of supporters these figures have.

People of a moderate or conventionally-conservative bent get nervous quickly when they encounter people with a zeal for “social justice,” even if the term means something vastly different in practice here than in Cambodia. Thomas Sowell, essentially referring to the same phenomenon as “cosmic justice” in the title of one of his books, understands that whatever the end-goal of a sufficiently zealous and idealistic regime is, if it plans to remake the human race, one thing that will keep getting in its way and need to be broken and swept aside is, well, the human race.

Not every VAT tax leads to genocide, of course, but zealous equality-enforcers will always end up (regardless of stated liberal principles) trying to tamp down everything that smacks of diversity, since all freedom and diversity leads to differential outcomes, by definition—and equality-enforcers can’t abide differential outcomes. It’s that simple. As the old Italian proverb puts it, “Six feet of earth makes all men equal.” Nothing else ever really does the trick. If you want to put an end to low lows and commanding heights, you will have to pave the earth over and create (to borrow a phrase from Quentin Crisp) a uniform concrete slab.

So choose life, in all its varied and imperfect diversity, not enforced equality. Socialism is a deranged serial killer.

You don’t want to end up like leftist professor Noam Chomsky, repeatedly having to back-pedal on his prior defense of things such as the great potential for the Venezuelan socialist revolution of Hugo Chavez to bring prosperity or the potential for the Khmer Rouge to bring peace to Southeast Asia by fending off Western imperialism. When we encourage men like Chomsky to teach the young and idealistic politics (separately from his real job as a linguist), we risk making him at least a stepfather of “justice”-pursuing monsters. Chomsky will live out his remaining days as convinced as Khieu Samphan that he has done good things in this world. Our job is to keep such people far from power.