Bernie, the Boss, and Beatniks 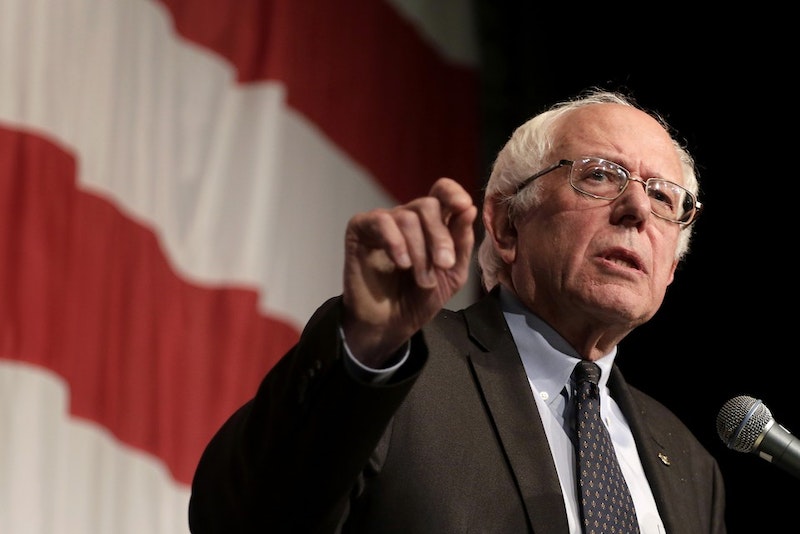 The Nevada caucus wasn’t the only big political event scheduled for yesterday. There was also libertarian Daily Beast writer Andrew Kirell’s rock music performance at Brooklyn bar the Way Station. It’s the only bar in New York City with a life-size TARDIS in it—not that that makes everyone in the audience there a nerd. In fact, this month Kirell probably caused many nerds, me included, to lose just a bit more of our will to live by writing about “A Libertarian Case for Bernie Sanders.” He was not so much making his own argument for Berning as presenting the thoughts of various Sanders-leaning libertarians.

Even Charles Koch wrote a recent op-ed containing the mischievous line “At this point you may be asking yourself, ‘Is Charles Koch feeling the Bern?’” He may be feeling the Rub, too, though, since a prominent Koch associate has just become a Rubio consultant. We libertarians have to cover our bases when we have no base to speak of. We’re probably doomed this year regardless. I think campaign-abandoning Rand Paul showed the proper level of pessimism when he said it’s "scary" people want to vote for Sanders.

I suspect a thorough psych study (perhaps by Jonathan Haidt) would reveal that many libertarians, desperate for a “win,” just keep rooting for whichever of the two major parties they voted for prior to becoming libertarians—shifting which issue is purportedly “the most important one” as needed to maintain the rationalization for their sustained (and mostly unwarranted) allegiance.

After all, as recently noted by The Forward, Sanders inspired these lines of poetry by beat giant Allen Ginsberg on the occasion of the latter’s 1986 visit to Burlington, where Sanders was then mayor. If you ask me, you can very easily imagine the Boss singing them (which is not entirely a coincidence, I suppose, since the shadow of Jack Kerouac looms over all of these men). However, Springsteen might not enjoy the line about popsicle-sucking children in quite the same way as Ginsberg (one of whose nosy neighbors a couple decades ago on the Lower East Side was a poet friend of mine):

Socialist snow on the streets

Socialist talk in the Maverick Bookstore

Isn’t this poem socialist? It doesn’t belong to me anymore.