Which sci-fi peril will hit first? 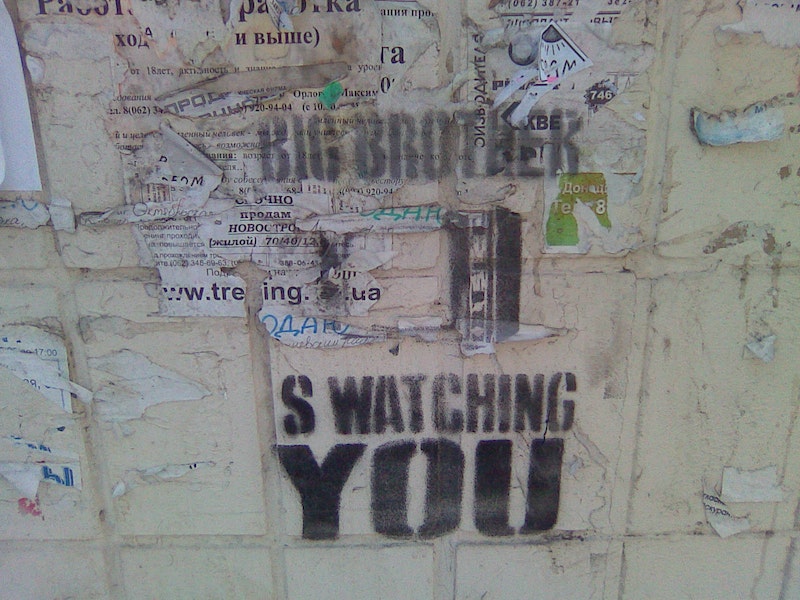 I mentioned in yesterday’s column being a “utilitarian,” that is, someone who wants the happiest possible ending for everyone in the universe.

I forget sometimes that Aldous Huxley’s novel Brave New World is seen by some as a refutation of utilitarianism, since its characters are happy but shallow and arguably not truly free. I don’t think utilitarians are obliged to define “happiness” in such shallow terms, but I’ll concede that the dystopia we find ourselves living in a few decades hence will probably look less like pure Orwell (that is, totalitarianism by fear) than like a grotesque blend of Orwell and Huxley.

Algorithms, in short, will decide when we should be arrested and will decide when to sell us high-tech movies and designer pleasure-drugs tailored precisely to our own individual tastes. And people will just keep getting lazier and childlike in the process, I predict.

However, this is far from the only dystopian scenario that now looks like a possible near future for us. I find myself wondering which sci-fi scenarios will come true in which order (and whether I’ll be here to see them). I’d be tempted to start a massive betting pool about it, but we may not survive some of these scenarios and be around to collect on the bets anyway.

So which do you think will happen first?

Totalitarian Orwell/Huxley state. Our arrogant, paranoid overlords must surely be getting close to perfecting pacifying drugs they could rationalize dispensing to everyone and close to deploying a new generation of better-coordinated than ever riot cops for those rare times when we sedated modern savages still get crazy and rebel.

Immortality for all humans. I have an environmentalist friend who thinks this biotech-enhanced future is fraught with so many resource-use and overpopulation problems that no sane scientist would help bring it about. That view is obviously ridiculous, though, since these things tend to happen in a piecemeal fashion anyway. A few cures here, a few surprising stem cell and cloning advances there, and next thing you know, you’re doing 80,000-year career planning whether you really wanted to or not. Stranger things have happened.

Make that: immortality for cyborgs. Did I say biotech? On the other hand, bodies are a real pain—literal pain. Oh, the temptation, perhaps one day very soon, to ditch it all by uploading your mind into a mechanoid. I know—you’re very attached to your body and some of the things it can do. But if the machine body can replicate all those joys and then some? And it makes the difference between you rotting in the grave or partying with all your mechanoid friends forever atop a five-mile-high skyscraper? I think you want to be a machine.

Who needs bodies at all, though? Perhaps the signs are already all around us that virtual reality, not physical reality, is the way to go. Don’t stick your mind in a clanking machine, you dolt—not when your mind can live inside a completely convincing 3D, all-senses version of Grand Theft Auto (or whatever you enjoy) forever with no need for physical housing aside from processors sitting in a safe bunker somewhere. Given a real Matrix to melt into, I think we’d soon find out how easily wearied of this old-fashioned corporeal existence most people truly are. Some leftists harangued me about the purported persistence of the cruel “digital divide” recently (causing me to make a rare sudden exit from a party, though not from reality), but the truth is that, for example, nearly a quarter of the human race is already on Facebook, and the rest wouldn’t long turn up their noses at free Matrix-access when it becomes feasible, as I imagine it soon will.

Who needs humans, come to think of it? The scariest possible future, one I’ve said before is all too possible according to the experts, is one in which sapient machines live forever—but see to it that we do not. Extinction is the most dystopian future of all (aside from eternal torture, but best not to think about that).

Wait, what about living, breathing, fleshy non-humans? There may be extraterrestrials out there somewhere—or right next door—and the search for exoplanets is accelerating all the time. Or we might end up deliberately bioengineering new sapient species. That doesn’t seem so far-fetched anymore either. (They now say rhino-like prehistoric “unicorns” may indeed have overlapped with humans about 30,000 years ago, and sooner or later some very rich kid who saw Jurassic Park and/or The Last Unicorn is going to want to clone one, I’d bet. Wouldn’t he happier if it could talk?)

So the question really becomes which of these scenarios—or perhaps a vicious blow from Mother Nature via comet or caldera-eruption—will happen first. Or might they overlap? Any guesses? Any favorites? And of course there’s the theory that one of them has already come to pass and we are already living in a Matrix. If so, I hope the planners have a happy ending in mind for you and for us all.