Media handling of DNC emails was unethical, with or without Russia. 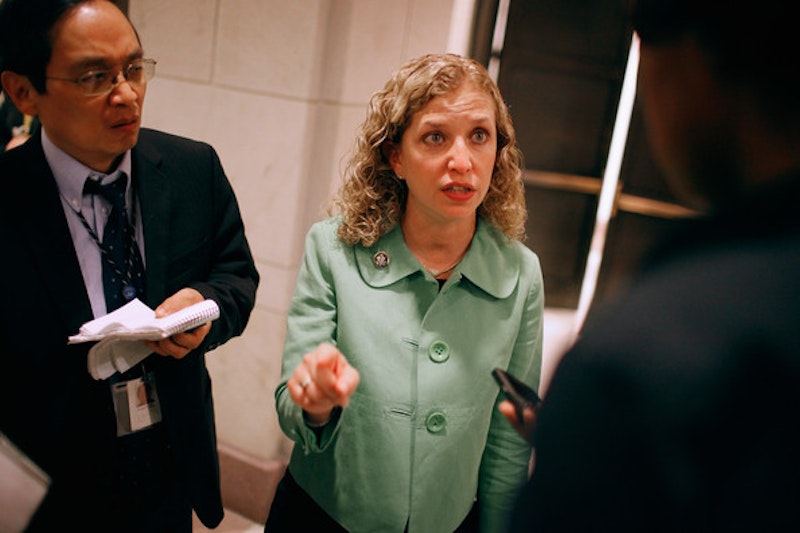 Journalists like to flap their appendages and moan soulfully about their responsibilities. Earlier this week The New York Times and Washington Post reported that U.S. intelligence agencies believe Russia was responsible for hacking DNC emails released by Wikileaks. Journalists who wrote story after story about the emails have publicly grappled with the possibility that they were dupes of Russian intelligence services. Perhaps the most preposterous, and most telling entry in this breast-beating genre is Ben Mathis-Lilley's short, sad piece at Slate headlined, "I Participated in the Russian Intelligence Plot to Elect Donald Trump, and I Guess I'd Do It Again."

Mathis-Lilley admits that he (and many other journalists) may have been used in a plot to undermine America's elections. But, he says, "No one has asserted that these emails aren't real; the picture of Clinton and her campaign that they helped develop was based in fact." He argues, "Journalists are generally obligated to print stories that are true and about subjects of public interest, and illegal leaks have been the source of some of the most important stories ever written." Thus, "traditional standards of journalistic ethics" say that writing endlessly about John Podesta's never-used draft emails for bad campaign slogans was the right journalistic thing to do. Journalistic ethics on one hand, helping a foreign power on the other—what a tragic conflict.

This is a self-serving narrative. In particular, Mathis-Lilley glosses over that little question of whether there was a legitimate public interest in printing endless stories about the emails.

The DNC is certainly concerned with public business. But it’s not a public entity. The released emails were stolen from the accounts of private individuals. More, there was no reason to believe that any of these private individuals had done anything wrong. And, indeed, they hadn’t done anything wrong. The released emails did not show DNC staffers violating laws. Details of Podesta's risotto recipe are not in the public interest—and neither are details of Podesta's draft campaign slogans. Wikileaks released private information, illegally obtained, in order to humiliate private individuals, and fill the news media with distracting bullshit. Reporters like Mathis-Lilly went along with it.

The important news stories in the public interest about the released emails were (1) that they contained no real scandalous revelations, and (2) that they were an illegal and unethical invasion of privacy. Reporters like Mathis-Lilley ignored these two vital points in order to snoot around in people's private communications and pretend they were performing journalism. In doing so, they revealed themselves to be lazy and unethical, and failed their readers.

I don't know that the emails were hacked by Russian intelligence. Nor do I know that the press handling of the emails tipped the election to Trump. But even if Russia wasn't involved, and even if the effect on the election was negligible, the media's handling of the DNC emails was unprofessional, unethical, and a disservice to the American public. If you illegally obtain people's private communications, and print them on your front page, you can create a scandal, and get eyeballs and clicks. This has nothing to do with journalism.

Reporters and editors at news sites have a responsibility to use their judgment to determine what stories are important and why. Journalists who trumpet salacious trivia without regard to who’s hurt and who benefits are no longer journalists. They're bottom-feeding gossip mongers, committed, not to the public interest, but to using any means necessary to humiliate private individuals for clicks and giggles.  Mathis-Lilley may not have betrayed his country, but he betrayed his profession. And, apparently, if he gets the chance, he plans to do it again.