Say a Little Prayer for The New York Times 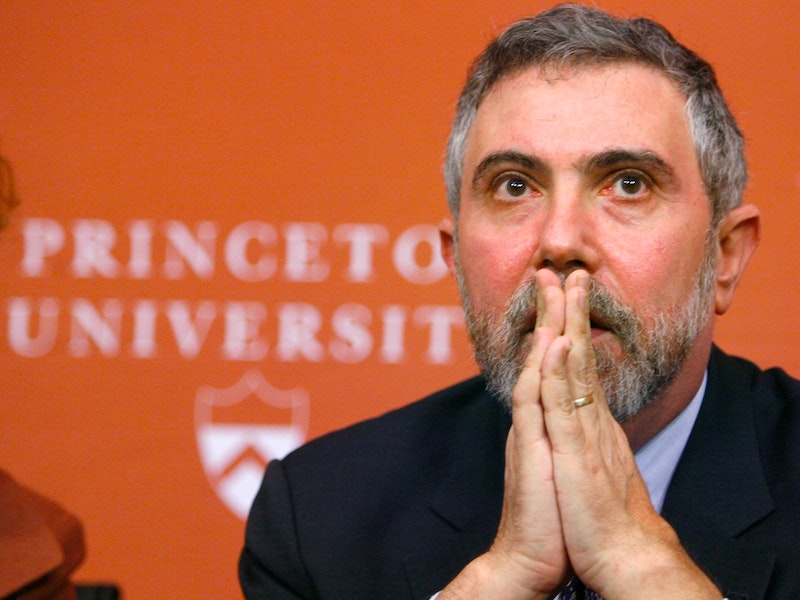 It was reported a few days ago that The New York Times is attempting to sub-let eight floors of its enormous building on 8th Ave., another downsizing of the company—along with layoffs and buyouts—that acknowledges its preeminent position in the American media is winding down. I’ve read the Times since I was eight or so, and still subscribe to the paper despite its high price and de facto renouncement of objectivity in its news pages—The Wall Street Journal charges about half of what the Times does for a year-long sub—not only out of habit, but also for media balance, a practice that’s rather quaint in these days of “echo chambers.” Publisher Arthur Sulzberger Jr. said his own large corner office will be eliminated, and, in rare display of candor, admitted that such opulence “is a vestige from a different era.”

Unlike many rabid and mean-spirited conservatives, I don’t want the Times to go out of business—even if it appears inevitable that the print component of the company will be slashed in coming years, perhaps first scuttling Saturday’s paper for example—and do hope it can defy gravity for at least the near-future.

One of the Times’ most popular op-ed columnists—at least for now, and a beacon for liberals—is the left-wing Paul Krugman, who’s gone off his rocker since Donald Trump’s surprise presidential victory, a result that was unfathomable to him and most of the media, which assumed Hillary Clinton had it in the bag. Krugman’s correct, writing in his Dec. 16 column that Trump doesn’t have a “mandate,” since he lost the popular vote, but what does a “mandate” really mean? Trump will be president, and his party controls Congress, so why would the Republicans moderate their agenda because the election wasn’t a landslide? JFK, in 1960, defeated Richard Nixon by a very narrow margin in the popular vote—and like the Russian hacking that’s still not definitively proven, faced allegations of voter fraud in Illinois and Texas—but that didn’t stop his administration from pursuing its goals. That’s politics.

Yet Krugman gets very weird when, after blaming Putin and Trump for hijacking the election, also rips apart the mainstream media, calling its members “useful idiots” who spent too much time on Clinton’s email server scandal, and the leaked emails from Clinton’s campaign—blamed on the Russians—which only “revealed… the fact that Democrats are people.” Krugman’s attack no doubt cheesed off hundreds of reporters and commentators who relentlessly slammed Trump during the campaign. Is Krugman so solipsistic that he doesn’t even read his own paper’s editorials or colleagues like Charles Blow, Frank Bruni, Maureen Dowd, and others who deemed Trump unfit for office? And what about John Cassidy and David Remnick at The New Yorker, who day after day declared that the novice politician was a disaster waiting to happen? Ditto for Bret Stephens at the Journal, a #NeverTrumper who was impassioned in his disgust over Trump? The Washington Post, nerve central for Trump alarmism, was on a mission to elect Clinton, and after she lost tried to persuade voters in the Electoral College to go rogue and deny Trump his victory.

Yet Krugman’s rage ramps up with each succeeding column. Today, his op-ed, headlined, rather hysterically, “How Republics End,” claimed that with Trump “American democracy is very much on the edge.” He also says: “It takes willful blindness not to see the parallels between the rise of fascism [1930s in Germany and Italy] and our current political nightmare.” According to Krugman, Republicans—all Republicans—“no longer care about what we used to think were essential American values.” Never mind that, for example, the Clinton Foundation, never adequately investigated by major media, was a cash trough for the Clinton family.

During the Watergate explosion, which lasted almost two years, a common refrain was the country was on the brink of a Constitutional crisis, much like Krugman and his Democratic confederates are claiming today. Yet, Nixon, on the brink of impeachment, resigned, the Democrats romped in the ’74 midterm elections, and Democrat Jimmy Carter was elected two years later. As the Post’s late David Broder—echoing a common view after the turmoil—said, “the system works.” And if Trump is indeed a disaster, Democrats will romp in 2018 and re-take the White House in 2020. I do believe that the millions of angry Clinton supporters are actually hoping for a Trump-led coup in the next several months. Is that an American value?