Trolling and then whining about response. 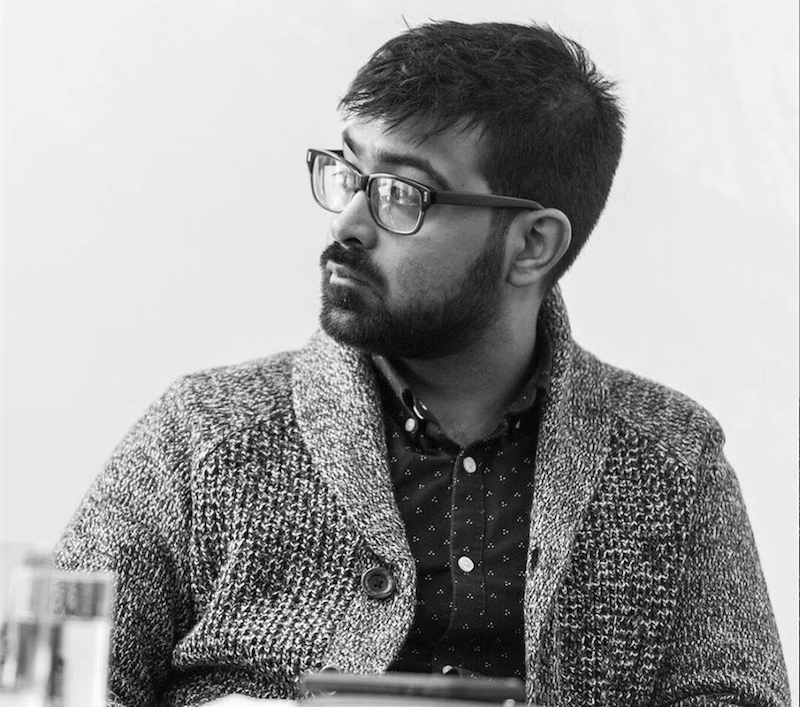 According to British writer and podcast host Hussein Kesvani, Breitbart UK editor Raheem Kassam is a short fellow (around five feet) who doesn't look very good on camera. That’s not a very nice thing to say, but Kesvani self-deprecatingly adds that he shares those traits with his fellow Brit of “east African Asian Muslim heritage.” The physical similarities are so remarkable that Kesvani claims he was called a “UKIP cunt” the last time he was in Westminster, which may or may not have happened, given that he was trying to have some fun at Kassam’s expense in his recent Vice article, What Happened When I Trolled an Alt Right Hero.

Kesvani, who describes himself as a Muslim who spends too much time on Twitter, was attempting some satire against someone on the opposite side of the political spectrum. He writes about the dark side of Twitter that he's experienced as a Muslim, but knows that other minorities get it too. As he put it, “And if you're not a straight white guy, a Trump supporting bot or a brand, you'll probably have experienced the darker, more vindictive side of Twitter.” The implication is that these two groups are both immune from abuse and the only ones abusing others on Twitter.

Playing the victim like that is aimed at the “home team” crowd that’ll reflexively accept your blanket statements. In fact, a study by London-based Demos, an independent, cross-party think tank, revealed that about half of the tweets containing the words “slut” and “whore” came from women. A Pew Research Center study found that 13 percent of female respondents and 11 percent of male respondents said they’d been harassed or stalked online. Nobody is immune from Twitter abuse.

Kesvani has no idea what he's talking about on this matter. Kesvani calls Kassam an “alt-right hero,” and the graphic at the top of the article is “Pepe the Frog,” a cartoon character that's become a symbol of the alt-right. While it's true that Breitbart has given a voice to the alt-right, it's not a fair assessment to suggest that everyone at that outlet is a member of the alt-right holding white nationalist views. Kassam denies he's part of the alt-right, labeling himself a “conservative.” Indeed, people with his skin color have no place in the ethno-nationalist paradise the alt-right envisions.

Kesvani worked at the U.K.-based Islam Channel, which was censured by Ofcom (the British version of the FCC) for allowing presenters to advocate marital rape and domestic abuse. A presenter said during one program, "It shouldn't be such a big problem where the man feels he has to force himself upon the woman.” On another show, the speaker told a viewer calling in, “In Islam we have no right to hit the woman in a way that damages her eye or damages her tooth or damages her face or makes her ugly,” before discussing other ways to physically intimidate a woman. And then there're the advertisements for DVDs of radical al-Qaeda cleric Anwar al-Awlaki's sermons that Islam Channel used to run. Kesvani only spent two weeks there, by his account.

Kassam is a member of the U.K.’s Eurosceptic, right-wing populist political party UKIP. Kesvani doesn't think this is appropriate for a dark-skinned ex-Muslim, so he trolled him with tweets that looked like race-baiting, something progressives like Kesvani supposedly don't engage in. Kassam pushed back. Kesvani writes that, “His shit tweets were favourited by more anonymous Pepe avatars than usual.” Presumably, all the people liking Kesvani’s tweets were paragons of virtue, although that's left to the reader’s imagination. Anyway, you don't get to bait someone and then call their response “shit tweets.” You're the shit tweeter, so at least own up to it.

Kassam eventually blocked Kesvani, perhaps tiring of Kesvani’s acolytes bombarding his Twitter mentions. The writer, without having even attempted a rational conversation, ludicrously concludes by stating that their interaction illustrates that Twitter isn't a place for rational conversation. As he self-pityingly puts it, “Anyone who tries to take on... alt-right trolls through reasonable discussion is likely to fail, buried under a thousand anonymous avatars calling you a cuck.”

“A thousand” of Kassam’s alt-right soldiers called Kesvani a cuck? Doubtful, but so what if it's true? Troll someone online without attempting an actual debate and that might happen. Cheap and dishonest “journalism” like this amounts to nothing more than a ploy to get attention. If you're going to do it, at least try to be clever. Also, don’t whine. It makes you look like a cuck.