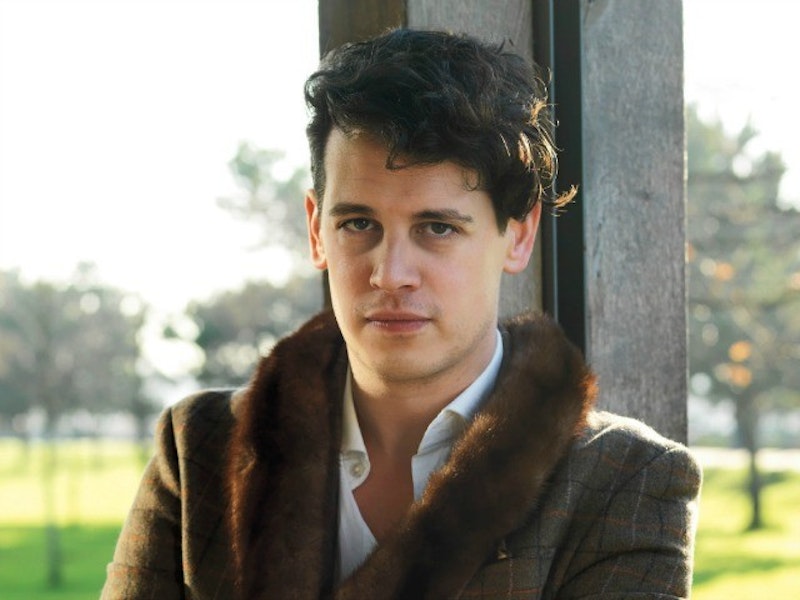 The right-wing website Breitbart is notorious for its low journalistic standards, but it's not actively involved in promoting terrorism. Still, recent evidence of its connection to a man arrested as a terror suspect is revealing about its business model and goals.

A couple of weeks back, Milo Yiannopoulos, Breitbart's best known reporter, wrote a hit-piece claiming that Black Lives Matter activist Shaun King was not African-American, as he claimed, but white. The story quickly disintegrated. Even worse, this weekend it turned out that one of the early informants who put Yiannopoulos onto the "story" was an online troll who has been arrested for various acts of terrorism.

The troll in question is named Joshua Goldberg and according to The Sydney Morning Herald he's a 20-year-old asshole who’s used multiple aliases to spread hate and fear online. He’s accused of making a number of bomb threats against synagogues, and of providing information to Muslim extremists about bomb-making. He encouraged Muslims to attack the Draw Mohammed event in Garland, Texas in May; two men did, and were killed.

Goldberg, in various aliases, was a free speech absolutist, which drew him to the edges of Gamergate, a loose movement that often attacks and harasses feminists and leftists as a supposed danger to free expression. Yiannopoulos is one of Gamergate's most visible figures, which is presumably how Goldberg knew him. Yiannopoulos, for his part, complimented Goldberg's writing.

Yiannopoulos didn't know that Goldberg was encouraging acts of Islamic terror. Goldberg fooled a lot of people, and the fact that Yiannopoulos was one of them isn't necessarily his fault. Scam artists scam people; that's what they do. For example, he used the open forum at Daily Kos to pretend to be a feminist opposed to hate speech.

The ugly part isn't that Yiannopoulos was scammed, but that, in a lot of ways, he wasn't scammed at all. After all, Goldberg suggested that Yiannopoulos should run an article "exposing" Shaun King—and Yiannopoulos followed up, and ran that article. It turned out to be based on nothing. But that didn't really hurt Yiannopoulos or Breitbart. They were able to run a false attack on a left activist, and get substantial mainstream interest, not to mention lots of clicks. Working with the malevolent troll turned out well for them.

As this suggests, Goldberg is very much in line with Yiannopoulos' usual sources and associates. One of his articles for Breitbart was sourced to an avowed neo-Nazi and notorious troll, who spoke to Yiannopoulos expressly to target and harass his ex. Another Yiannopoulos article is sourced to chat-logs avowedly stolen from the server of a private individual by people who Yiannopoulos refers to as "citizen journalists"—i.e., anonymous criminal trolls, much like Goldberg. Yiannopoulos has also written an introduction for a digital book by Vox Day—a science-fiction author who’s best known for white supremacy and his opposition to votes for women.

So, there's a reason that Yiannopoulos reacted positively when approached by an anonymous guy with a grudge spouting conspiracy theories. Yiannopoulos' journalism, and Breitbart's business plan, is based on anonymous guys with grudges spouting conspiracy theories. Yiannopoulos has put a big sign on his forehead declaring, "Hate-filled slanderers welcome!" And then he takes the hate-filled slander he's given, and he cleans it up a little, and throws on a few caveats to squeak by legal—and there you go. More hits for Breitbart, more money for Yiannopoulos, maybe a life or two ruined, and a little more cruelty, bigotry, and chaos spread into the world.

When he discovered he'd admired and been inspired by a terror suspect, Yiannopoulos could’ve apologized. There would’ve been no shame in that. But instead, he denied he'd done anything wrong, deleted the relevant tweets, and wrote a hit piece on someone else for having an argument with Goldberg—because I guess arguing with terrorists is worse than praising their work and using them for article ideas.

Yiannopoulos isn't sorry or apologetic about his stumble with Goldberg because it's not really a stumble for him. It's his career. He counts on people like Goldberg for his stories, and for an important part of his audience. Breitbart is consciously by, and for, the neo-Nazis, the conspiracy theorists, the trolls, and the sadists. Goldberg came to Yiannopoulos because he believed, and not without reason, that the Breitbart writer was a kindred spirit.

* Correction: An earlier version of this article said Goldberg was "not an actual extremist." Given his actions, that's misleading, and has been removed at the request of the author. ​