Shame of the World

What a scene, and all the Democrats did was win an election. 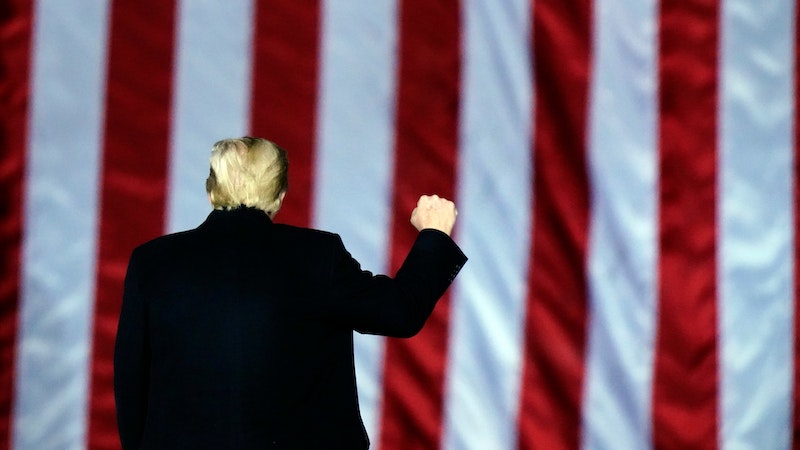 The Democrats won an election. The rest was the American right malfunctioning, a spasm that built up until America somehow knocked the teeth out of its own mouth. The American right wing can’t deal with votes being counted.

Thanks to Donald Trump, his party, and his followers, America got to spend an afternoon as a banana republic. Maybe now the nation’s partisan fever can break. Less delicately, maybe Republicans will put aside their eye-gouging, bomb-throwing, and apocalyptic arm-waving. Things look different after you’ve been hiding on the floor. They also look different after a critical mass of voters has decided the rough stuff is too dangerous and has to go.

The clips and photos out of the Capitol Free Zone showed civilized order getting mugged and taken down. Even with the first ones, the goofy ones, civilization was being danced on—the Buffalo Man! Later we saw the hard stuff, the chaos and pain. Now we all know the photo of the dead policeman and the crowd that killed him. People have governments so that scenes like this don’t happen. In the Capitol and its vicinity that day, government collapsed. It was done in by the people scaling walls, smashing windows, and carrying weapons. The man they follow is the man that the GOP has been following for almost five years. Its senators, congressmen, and the rest had better start showing some very responsible behavior or they can’t be trusted.

In a sane world, the above axiom would now be fixed in the public’s mind and Republican politicians would have to spend the next decade creeping about, trying not to get cross-wise of its implications. Being militantly so-so about maintaining civilization—that ought to be a killer for a party. Conservatives thought the civilizational challenge was BLM and Biden’s divided views regarding that movement. Well, government just got jumped and shat on; BLM was nowhere near. This moment of tilt was brought us by Trump, by every numbnuts radio listener or cable viewer who believes his crap, and by every party hack who backed him. This last group should be trying to crawl back into the good graces of a skeptical population.

We can only hope. Almost two-thirds of the House Republicans voted with Trump’s anti-certification charade; they did this after running for their lives from the day’s influx of motivated pro-Trump constituents. Those representatives may cower on the floor; they may hate doing so. They’ll want the Capitol to have security like crazy. But in the years ahead they’ve got primaries coming. For every jackass who showed up and ventured sedition, there are hordes of jackasses who stayed home. If Trump remains the chosen king of these jackasses, they’ll vote as he wants them to. The hacks won’t have an out, and the party will keep echoing its old disgrace instead of living it down.

People dead. Terrorists being hunted. America with a bloody mouth and a party that’s both rabid and crippled. What a scene, and all the Democrats did was win an election. It’s time for the American right to think about that.